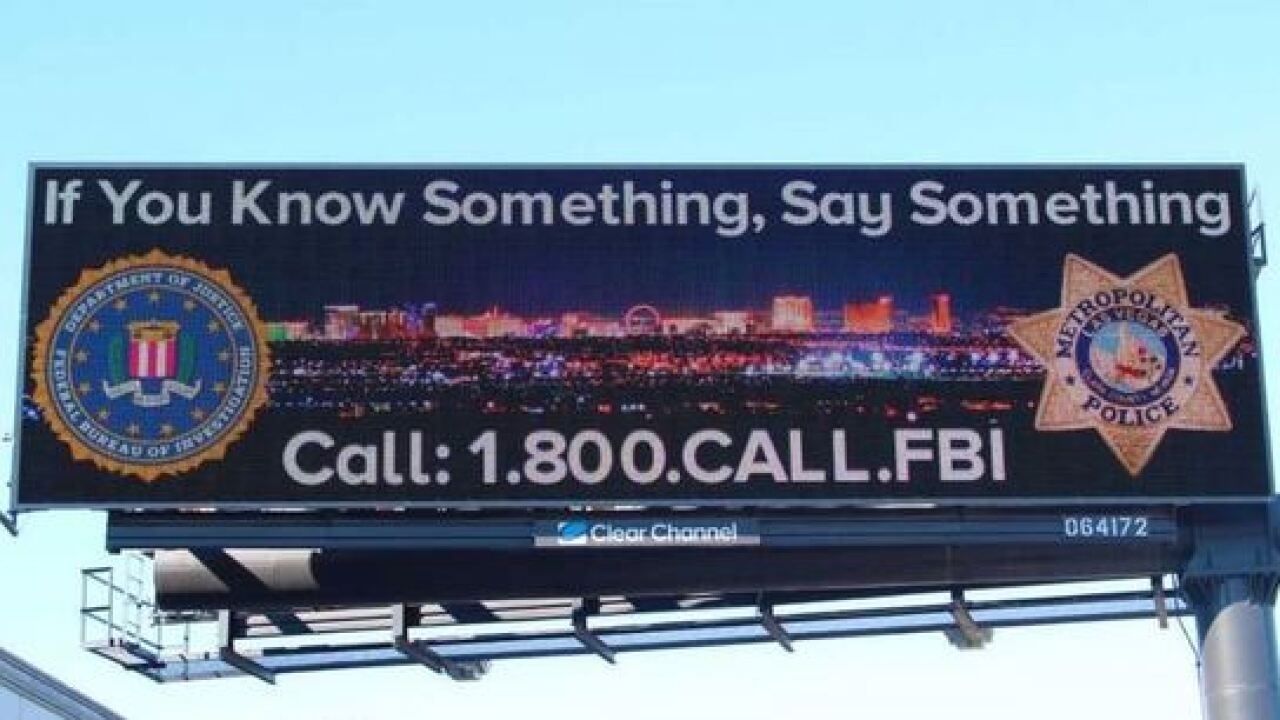 Copyright 2017 Scripps Media, Inc. All rights reserved. This material may not be published, broadcast, rewritten, or redistributed.
White, Katherine
<p>The FBI has erected this billboard in Las Vegas asking for tips on Sunday's concert shooting.</p> 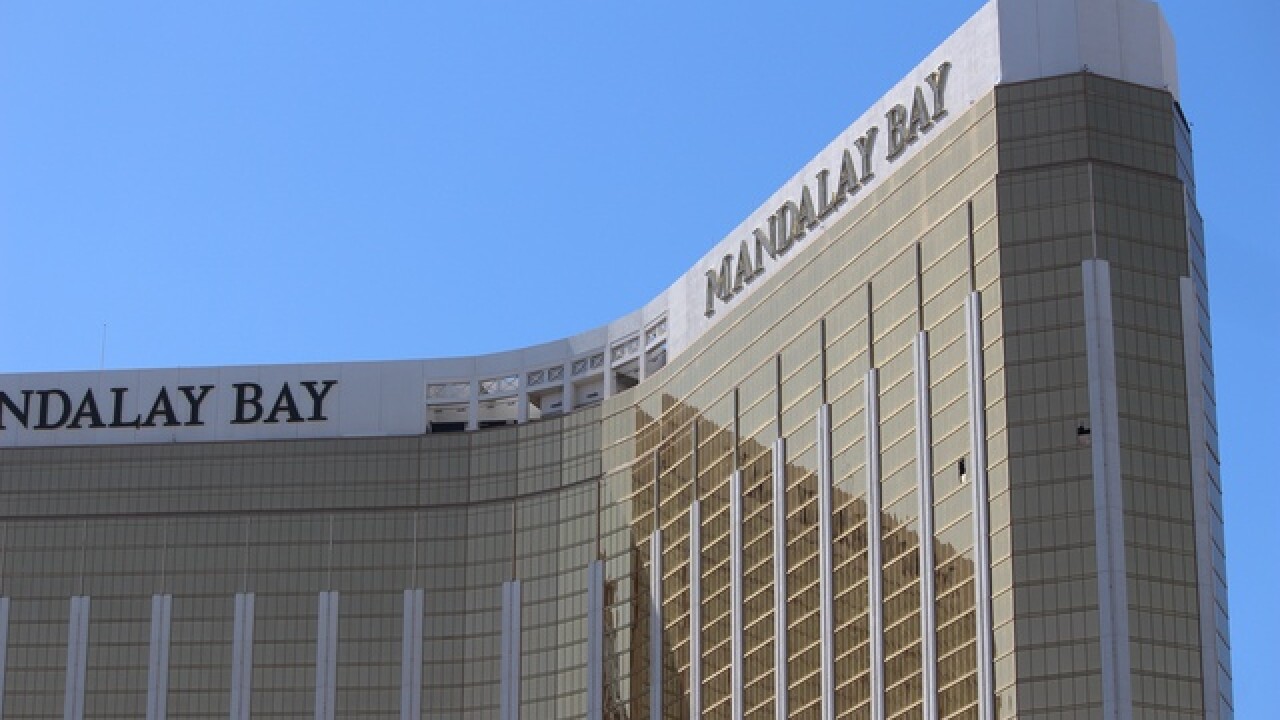 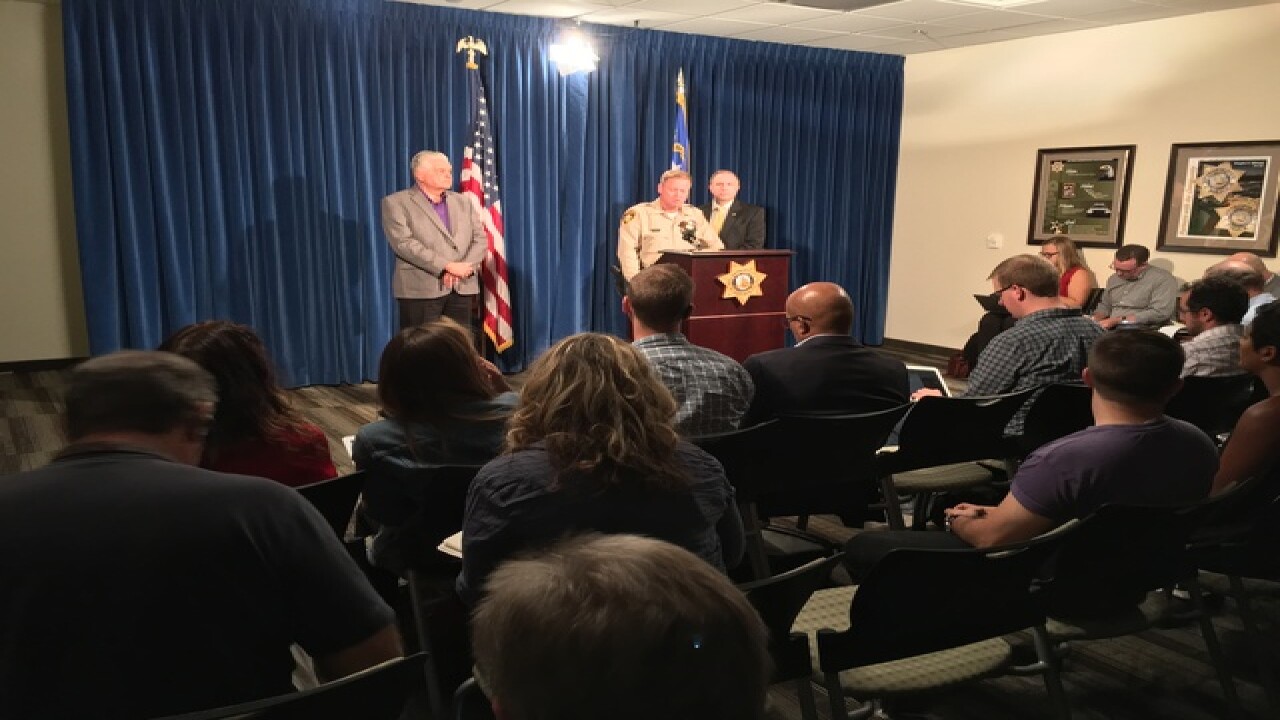 In a press conference Friday, Undersheriff Kevin McMahill said investigators have gone through more than 1,000 leads but still have no clear motive or reason for the shooting Sunday where 58 people were killed at the Route 91 Harvest Festival.

Police said they've looked at everything from family to political to social to economic status. They are aware that ISIS has claimed responsibility, which to date they have no known nexus to.

Police are also working to determine who else may have known of these plans.

McMahill also acknowledged that the rumors and speculation have not been helpful to the investigation.

1-800-Call-FBI (225-5324) will be displayed on billboards around Las Vegas. People are asked if they know something to say something.

During the press conference, police also recognized Mandalay Bay security guard Jesus Campos , calling him a "true hero." He was dispatched to the door alarm on the 32nd floor and when he opened the door, the suspect shot him in the leg.

Campos notified dispatch and advised responding officers as they arrived.

"This was a remarkable effort by a brave and remarkable man," McMahill said. "We haven't done enough recognizing him and for that I apologize."