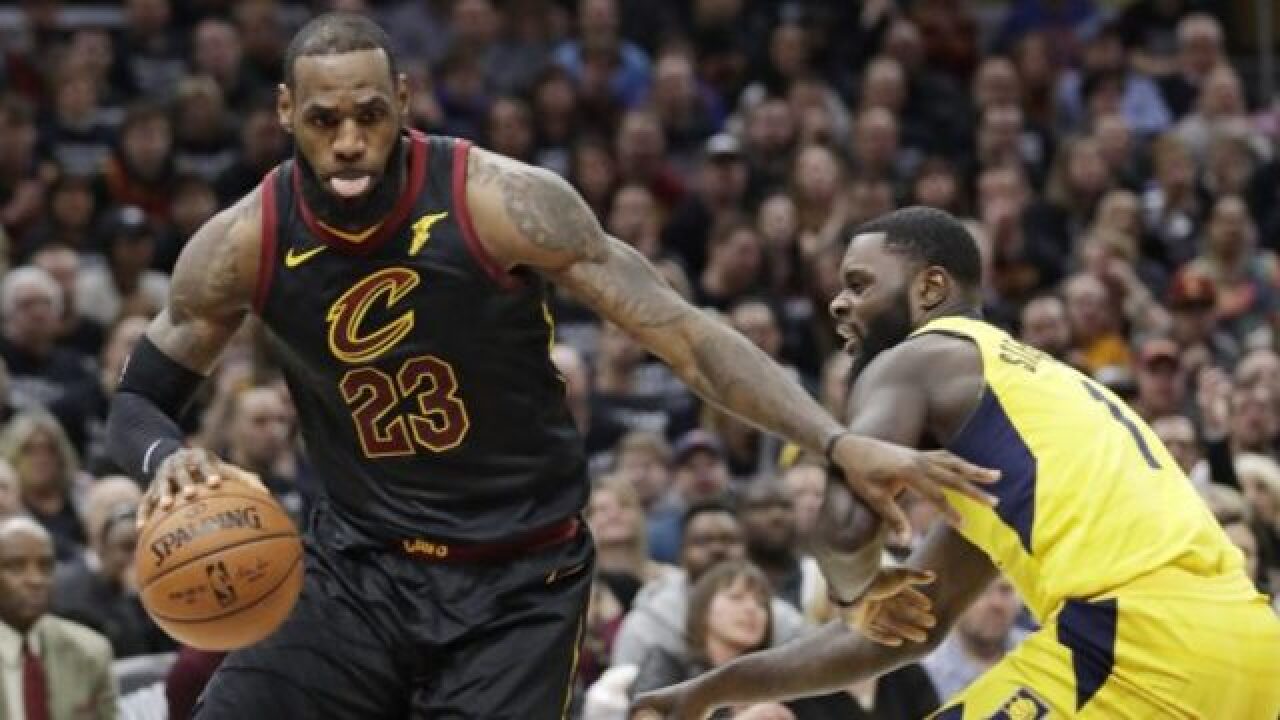 CLEVELAND, Ohio -- The best team may not have won Sunday as the Indiana Pacers and the Cleveland Cavaliers played in a deciding Game 7 of the first round of the NBA Playoffs, but the most impressive player certainly did.

In a stunning performance, LeBron James played 43 minutes as The King advanced yet again while the Cavaliers beat the Pacers, 105-101.

The game started quick for Cleveland as they jumped out to an impressive 31-19 lead after one quarter. Indiana’s defense struggled, and their offense reverted to some of their worst habits — poor ball movement, one-on-one dribbling, and a lack of rebounding. The Pacers settled in the second quarter as Darren Collison helped lead the way.

Indiana remained unafraid of the Cavaliers as they have all series long. Despite needing to surmount an 11-point lead to start the third quarter, the Pacers rallied back. Their offense looked more fluid, and their switches on defense pristine. Indiana finally took the lead off an Oladipo steal and quick outlet to Bogdanovic with 7:12 left, setting the table for an exciting finish at The Q.

Cleveland fans had to hold their collective breath to end the third quarter as James exited the game for the first time to head back to the locker room. He soon returned to the bench for the start of the fourth, and reports from the sideline were that he was suffering from cramps. Perhaps the most critical stretch of the game for Indiana came with James out of the lineup. The Pacers failed to make up any ground with LeBron out, and when he finally did check back in 8:25 the game felt all but decided.

Kevin Love was magnificent, particularly in the fourth quarter where he scored eight of his 14 points. Love hit clutch 3-pointers and midrange jumpers as the Pacers rotational defense began to break down. Indiana’s defensive chances took another hit when Myles Turnerfouled out on a questionable call with 4:33 to go in the fourth.

The deciding plays of the game came three minutes to go. Bojan Bogdanovic lost his handle on a ball, creating a scoring opportunity that the Cavaliers turned into free throws. Oladipo would hit a jumper 30 seconds later, but Collison missed an opportunity to hit a 3-pointer and make it 98-95 in favor of the Cavaliers with two minutes remaining. Domantas Sabonis fouled LeBron on the rebound, and Indiana never recovered.

Oladipo led the way for the Pacers with 30 points on 10-of-21 shooting, adding 12 rebounds, six assists, and three steals. Collison provided 23 points and two assists. Bogdanovic, a strong performer for Indiana throughout the series, was limited to just three points.

For Cleveland it was all James, who scored 45 points to go with nine rebounds and seven assists. Tristan Thompson finished with 15 points on five-of-six shooting, grabbing 10 rebounds. LeBron’s 45 points are the second-most all-time in a Game 7 of the playoffs.

They probably don’t deserve it, but the Cavaliers are moving on to the next round to face the Toronto Raptors. Game 1 will be in Canada on Tuesday, May 1 at 7 p.m. CST.