He was in his drawers, no shoes or shirt on 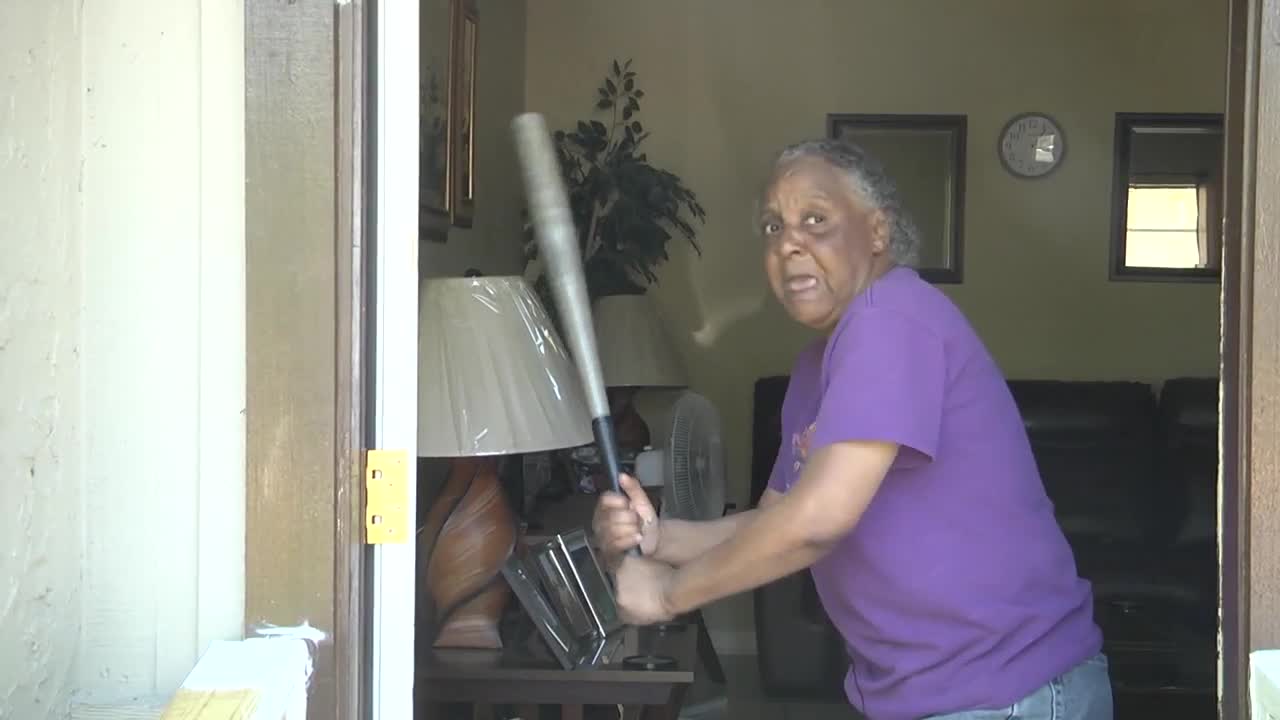 GAINESVILLE, Fla. - A man is in jail with a gash in his head after police say he attempted to burglarize a 65-year-old Florida woman's car. But she wasn't having it.

It was early Sunday morning when Clarese Gainey said she heard a noise outside her apartment. She peeked out her window to see a large, police say, 300-pound man, pulling on her car door handle and knocking on her window trying to break in. All while only wearing his boxers.

"So I grabbed my bat and I braced myself, I eased the door open," said Clarese.

That's when Clarese says 5-foot 6, 300-pound Antonio Mosely charged her. Little did he know she was a high school softball player. A 65-year-old slugger.

"I tucked that bat and hit him upside the head. I said piyah and he said oww!"Clarese said.

That's when police say Mosely ran to a nearby mobile home park, leaving behind his jeans, shirt, and a sock.

"He was in his drawers, he didn't have no shoes on, no shirt or nothing" Said Clarese.

Police say a K-9 unit tracked Mosely down inside a mobile home with new pants on -- and cocaine in his pocket. Officers brought him back to Gainey to identify him.

"I said, that's him right there, they said Ms. Gainey, he's got a big knock on his head" Clarese adds.

Mosely was booked in the Alachua County jail with two charges of burglary and drug possession.

"He better be glad I didn't have a gun because I would have shot him. But this right here is my gun. Because I gone piyah" said Clarese.