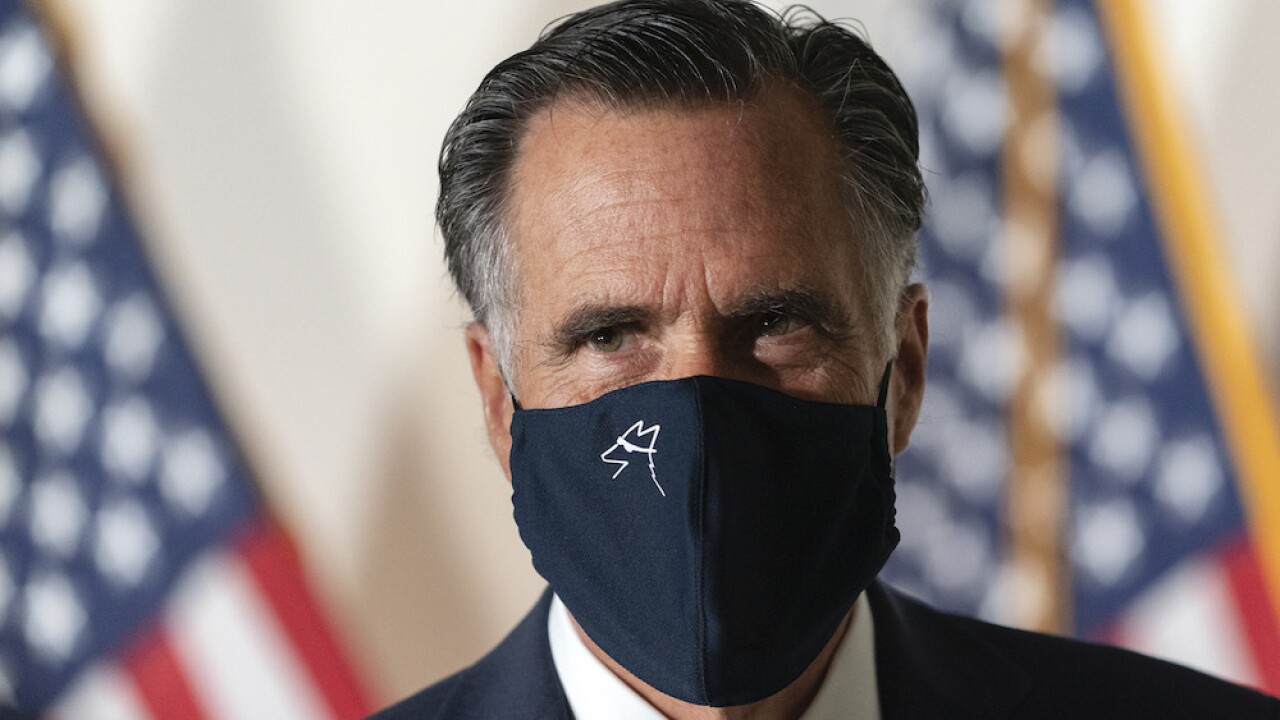 WASHINGTON — The Senate returns to Washington as all eyes are on Republican Sens. Mitt Romney of Utah and Chuck Grassley of Iowa for clues to whether they will support any effort to approve a Supreme Court justice before November's election.

President Donald Trump and Majority Leader Mitch McConnell are moving quickly to set up a nominee, confirmation hearings and a vote to replace the late Justice Ruth Bader Ginsburg.

Democrats oppose a Trump appointment so close to an election.

Trump's Democratic rival, Joe Biden, is urging other Republican senators to join Lisa Murkowski of Alaska and Susan Collins of Maine in opposing a confirmation vote before the race is decided.

In an interview on Monday, Trump said he thought that both Murkowski and Collins would be "badly hurt" for choosing not to vote for a Supreme Court justice nominee.

The Republican caucus currently holds a 53-47 voting edge in the Senate. With Murkowski and Collins promising not to confirm, the GOP can only afford to lose two more Senate votes and still confirm a Supreme Court justice. Vice President Mike Pence would hold the tiebreaker in the event of a 50-50 vote, and would likely vote to confirm a Trump-appointed justice.

Key Dates and Deadlines in Oklahoma