Trump again breaks with top health officials, says vaccine could be approved by end of October 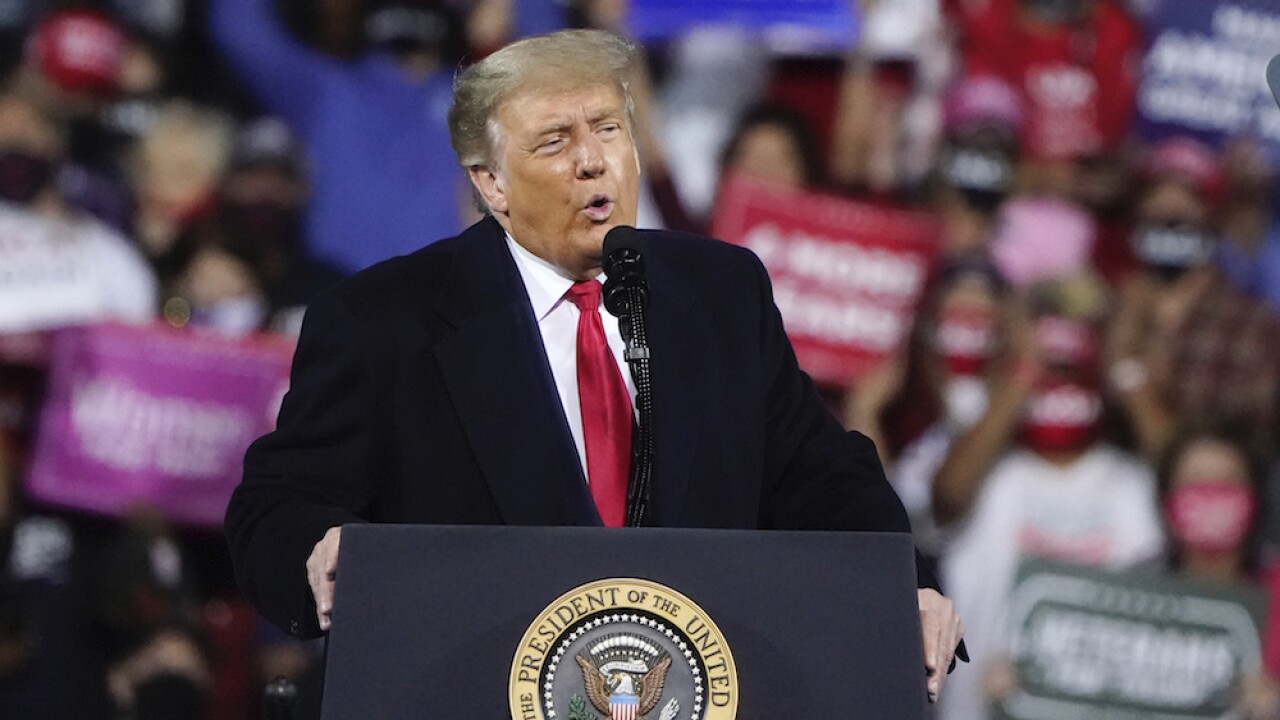 President Donald Trump again broke with his top public health experts Monday and said that he believed that a COVID-19 vaccine would be approved "by the end of October."

Trump made the statement during an interview on "Fox & Friends" Monday morning.

When asked which vaccine would be approved first, Trump noted that Pfizer's vaccine candidate was doing "very well," and also listed several other candidates, including those made by Johnson & Johnson, Moderna and AstraZeneca.

Top health officials in the Trump administration have said that it likely won't be until the end of the year that a vaccine will be approved for Emergency Use Authorization. Earlier this month, Dr. Anthony Fauci of the National Institute of Allergy and Infectious Diseases, said that vaccine authorization won't come until after election day because trials likely won't be filled until the end of September, and the leading candidates require two shots that need to be taken at least 28 days apart.

Earlier this month, several large drugmakers signed a open letter that promised that the companies would not bow to political pressure to approve a vaccine before it was scientifically proven to be safe and effective.

Last week, the federal government released a "playbook" for the roll-out of a COVID-19 vaccine, which noted that essential workers, health care professionals and "vulnerable groups" would receive the vaccine first. Fauci has warned that Americans likely won't return to "normality" until the middle of 2021.

The vaccination campaign faces an uphill battle from a skeptical public. An AP poll taken in May found only about half of those polled said they would get a COVID-19 vaccine. Experts say at least 70% of Americans need to be vaccinated or have immunity from a previous contraction in order to protect the country from the virus.

Key Dates and Deadlines in Oklahoma