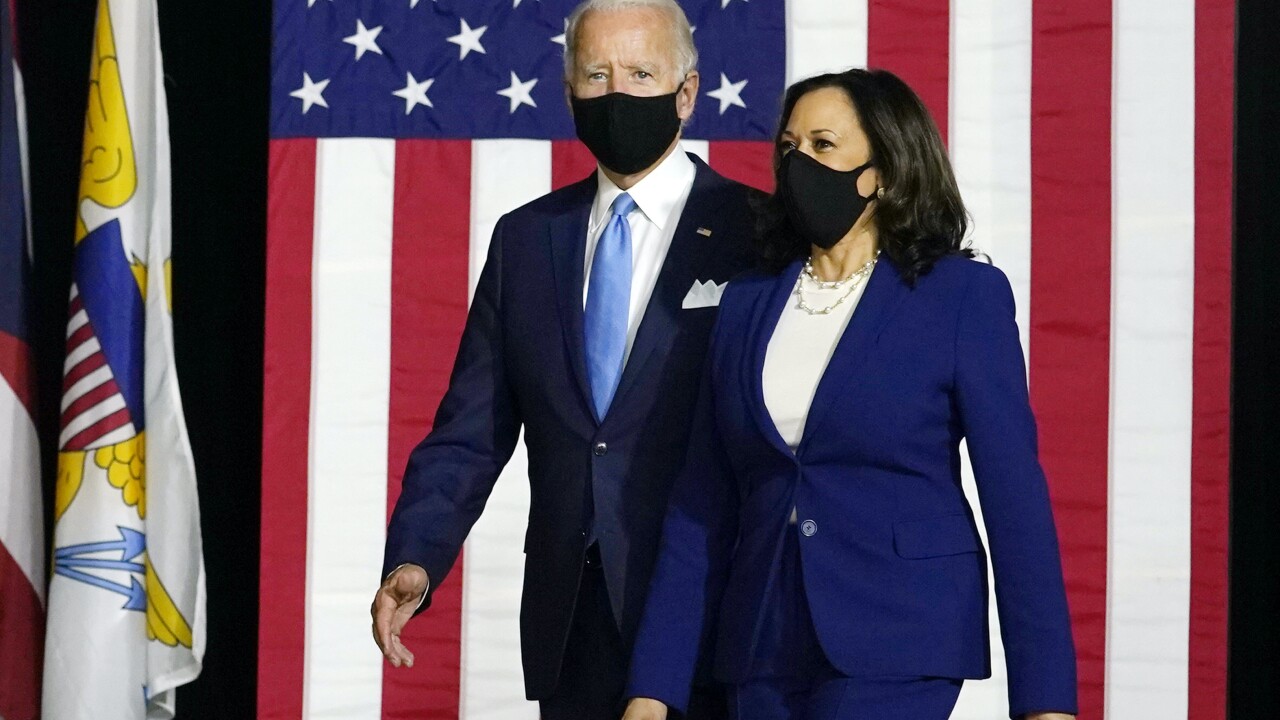 The US senator from California ran against Biden among a field of candidates vying for the Democratic presidential nomination. While President Donald Trump said that Harris was “nasty” toward Biden during her presidential campaign, Biden came to Harris’ defense from Trump’s attacks.

"Is anyone surprised Donald Trump has a problem with strong women?” Biden said.

Harris also fired back at the president, this time taking aim on his response to the coronavirus pandemic.

“At the president's mismanagement of the pandemic has plunged us into the worst economic crisis since the great depression, and we are experiencing a moral reckoning with racism and systemic injustice that has brought a new coalition of conscience to the streets of our country demanding change,” Harris said. “America is crying out for leadership, yet we have a president who cares more about himself than the people who elected him, a president who is making every challenge we face even more difficult to solve, but here is the good news. We do not have to accept the failed government of Donald Trump and Mike Pence.”

"I was surprised he picked her because of the horrible way she spoke about him, and frankly because she dropped like a rock," he said.

Biden reflected on his time as President Barack Obama’s running mate and vice president, and how it guided him toward choosing Harris.

"When I agreed to serve as President Obama's running mate, he asked me a number of questions, as I've asked Kamala, but the most important one, he said to me, what -- he asked me what I wanted, most importantly,” Biden said. “I told him I wanted to be the last person in the room before he made the important decisions. That's what I asked Kamala. I asked Kamala to be the last voice in the room. To always tell me the truth, and she will. Challenge my assumptions if she disagrees. Ask the hard questions. Because that's the way we make the best decisions for the American people."

Harris said she had a strong personal connection through Biden’s son Beau, who died in 2015 from brain cancer. The two formed a bond as they both served as state attorneys general.

"I learned quickly that Beau was the kind of guy who inspired people to be a better version of themselves,” Harris said. “He really was the best of us. And when I would ask him, where did you get that? Where did this come from? He'd always talk about his dad."