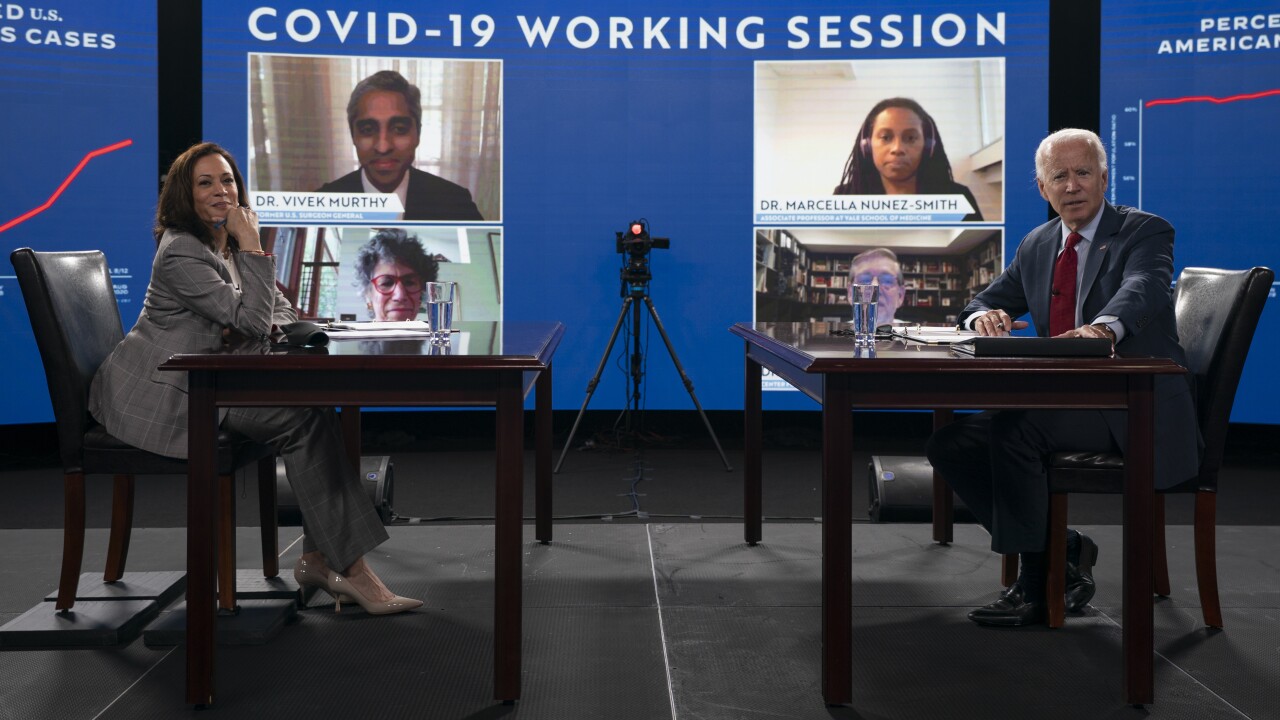 “Every governor should mandate mandatory mask wearing,” said the presumptive Democratic presidential nominee, citing estimates from experts who say a mandate could save 40,000 lives over the next three months.

He said they spoke about schools reopening, the distribution of possible vaccines, the existence of racial disparities, and the lack of testing capacity. But he zeroed in on mask wearing.

“It doesn’t have anything to do with Democrats, Republicans or Independents, it has to do with a simple proposition,” said Biden. “Every single American should be wearing a mask when they are outside for the next three months at a minimum.”

Harris then spoke after Biden finished and reiterated the need for wearing a mask. She mentioned the more than 166,000 people who have died from COVID-19 so far in the U.S.

“We know those individuals represent families, loved ones, grandparents, parents, sisters and brothers, aunts and uncles, of people that are mourning their loss every day,” she said. “So what real leadership looks like is Joe Biden, to speak up, sometimes telling us stuff that we don’t necessarily want to hear, but we need to know.”

Watch their remarks below:

The event came a day after the pair’s first appearance as running mates during an event at a high school in Wilmington, Delaware.

During her speech, Harris took aim at President Donald Trump’s response to the pandemic.

“At the president's mismanagement of the pandemic has plunged us into the worst economic crisis since the great depression, and we are experiencing a moral reckoning with racism and systemic injustice that has brought a new coalition of conscience to the streets of our country demanding change,” Harris said. “America is crying out for leadership, yet we have a president who cares more about himself than the people who elected him, a president who is making every challenge we face even more difficult to solve, but here is the good news. We do not have to accept the failed government of Donald Trump and Mike Pence.”

Trump responded Wednesday evening, saying "I was surprised he picked her because of the horrible way she spoke about him, and frankly because she dropped like a rock."

Biden and Harris will likely be holding these types of events often as the 2020 election season ramps up. The Democratic party will kick off its campaign next week with its virtual convention, which will feature several prominent party leaders, including the nominees.

In the 24 hours following Biden’s VP announcement, his campaign says he raised $26 million, which more than doubled the campaign’s previous record.