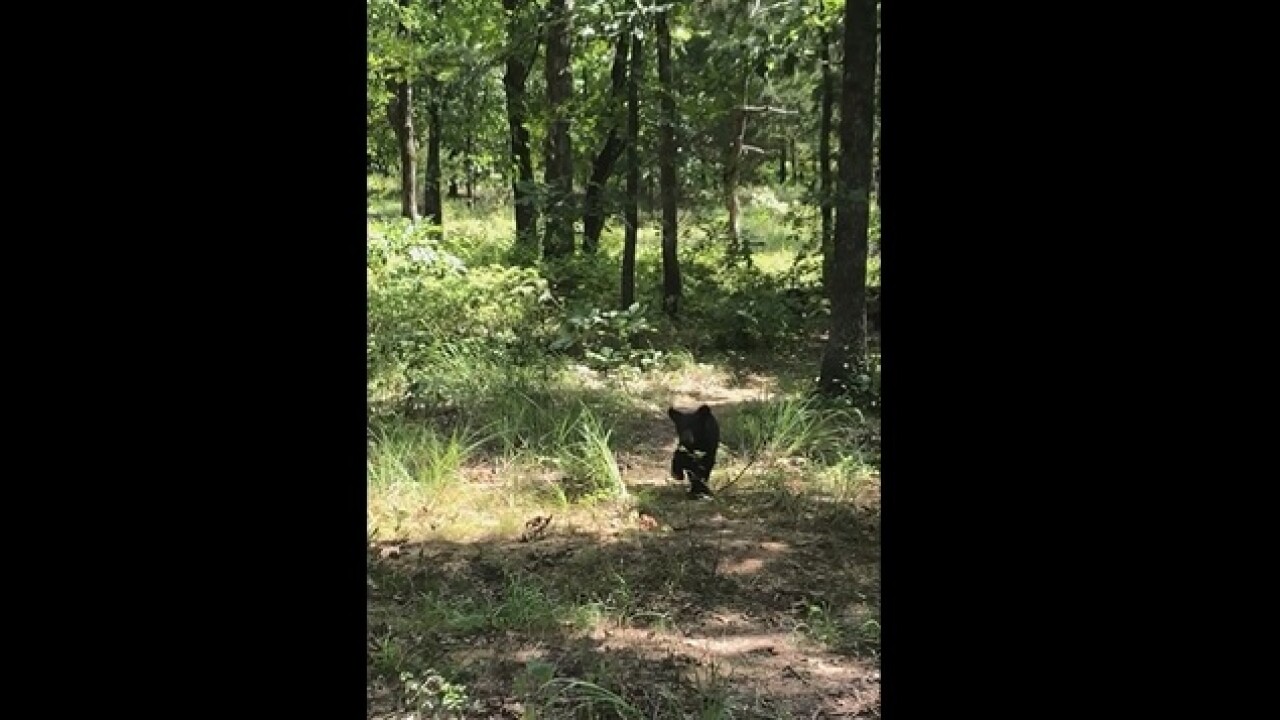 ADAIR COUNTY, Okla. -- The Oklahoma Department of Wildlife Conservation has released video taken this summer of a cute and curious black bear cub.

ODWC says it was conducting research on the mother of two cubs when one began to investigate what was going on around it. The department says the cub came within 20 yards of the wildlife crew.

During the winter, biologists will try to place collars on both cubs so they can track their activity. The main objective of this study is to determine “if black bears born in Oklahoma are staying in Oklahoma,” OWDC said in a recent Facebook post, which included the video of the cubs.

“Black bears once ranged across North America, including the entire area of what is now Oklahoma, but by the early 1900s, sightings had become rare,” the OWDC website says. “…In the late 1900s, however, black bears began making a comeback in Oklahoma after the successful reintroduction of black bears in the Ouachita and Ozark Mountains of Arkansas,” OWDC says. “That initial relocation of about 250 bears from northern Minnesota and Manitoba, Canada, turned into thousands of bears in the mountains of Arkansas, which then expanded into southwest Missouri and eastern Oklahoma.”
Today, the state has an abundant, growing population of black bears, especially in southeastern Oklahoma, researchers say.