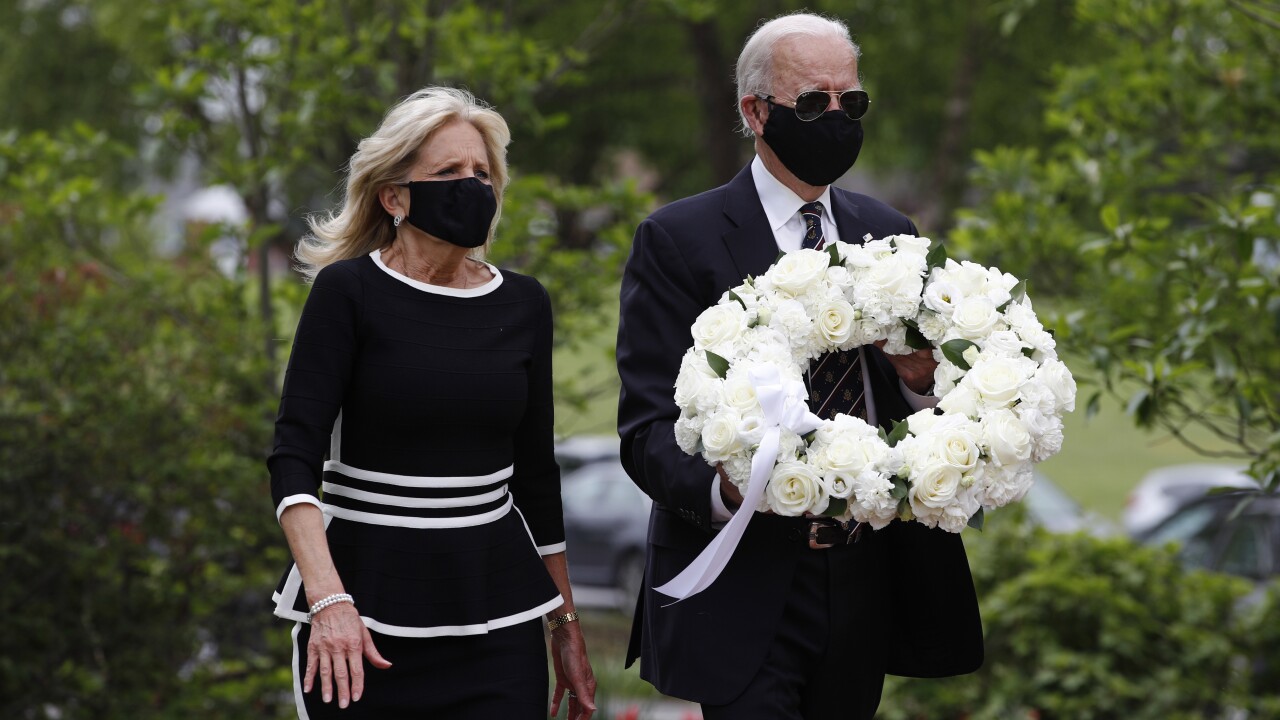 While leading health officials agree that wearing a mask can protect others from being infected by the coronavirus, President Donald Trump and his likely Democratic rival Joe Biden are now actively engaged in a political debate over mask wearing.

On Tuesday during a White House briefing, Trump requested a reporter remove their mask when asking a question. When the reporter refused, Trump said the reporter was being “politically correct.”

Earlier in the day, Trump retweeted a photo from Fox News personality Brit Hume mocking Biden's appearance for wearing a mask at a Memorial Day commemoration in Delaware.

This might help explain why Trump doesn’t like to wear a mask in public. Biden today. pic.twitter.com/9l1gw1ljBE

Biden’s public appearance was his first in nearly two months. Biden changed his avatar on Twitter to his now infamous masked appearance.

“Biden can wear a mask, but he was standing outside with his wife -- perfect conditions, perfect weather,” Trump said. “They're inside, and they don't wear masks. And so I thought it was very unusual that he had one on. But I thought that was fine.”

Although Biden briefly stood alone with his wife at the memorial, the former vice president was accompanied by a number of reporters and Secret Service agents. Biden’s vehicle was also driven by an agent.

"He's a fool,” the presumptive Democratic nominee said. “An absolute fool to talk that way. I mean every leading doc in the world is saying we should wear a mask when you're in a crowd. The truth of the matter is I think he's supposed to lead by example.”

Last week during a tour of a Michigan Ford plant that required those on site to wear a face covering, Trump told reporters that he didn’t want them seeing him wearing a mask.

“I didn’t want to give the press the pleasure of seeing it,” Trump said.

In early April, the CDC altered its recommendation of wearing a mask while in public as research began to indicate that the coronavirus can be spread asymptomatically simply by talking or breathing. While masks are not considered to offer much protection for the wearer, they do keep some infectious particles from spreading to others, according to health experts.