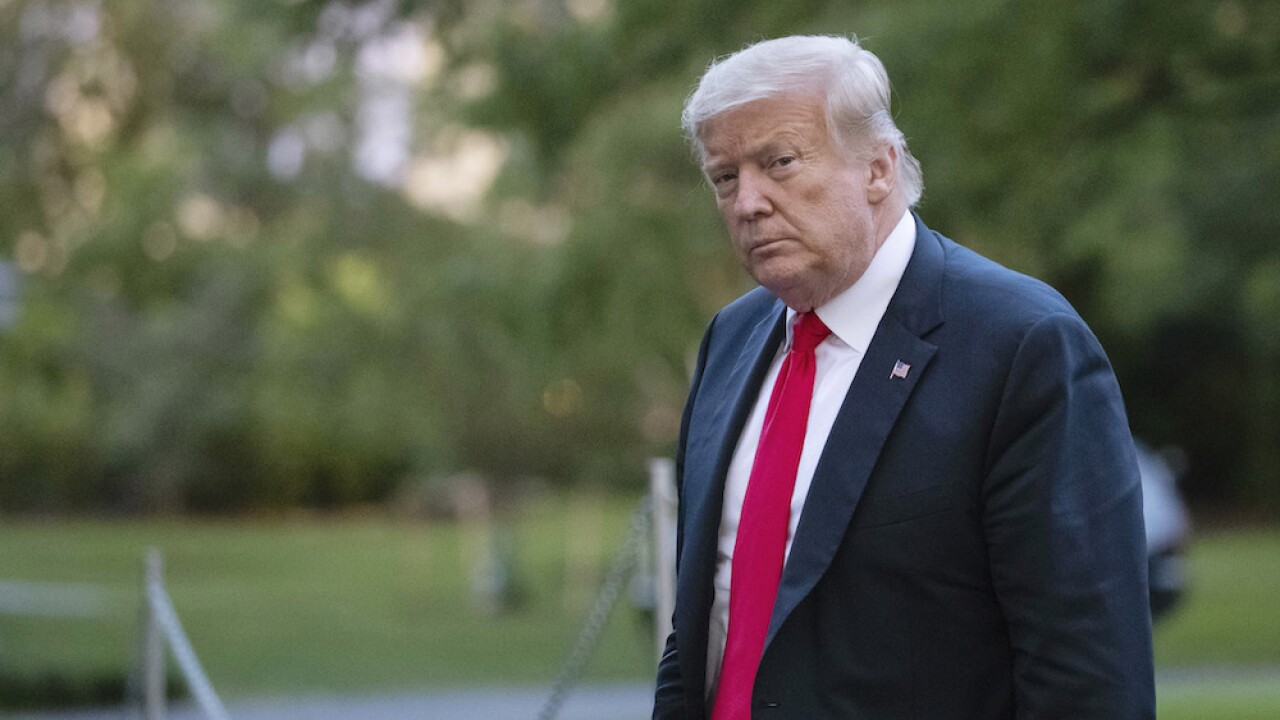 Copyright 2020 The Associated Press. All rights reserved.
Alex Brandon/AP
FILE- In this Thursday, June 25, 2020 file photo, President Donald Trump walks on the South Lawn after arriving on Marine One at the White House in Washington. The president’s brother, Robert Trump, has filed a second court action seeking to halt publication of a tell-all book by the president's niece, after his first bid was rejected by a New York City judge on Thursday. (AP Photo/Alex Brandon, File)

In late June, New York City Mayor Bill de Blasio announced that the mural would be painted on Fifth Avenue between 56th and 57th Streets — right in front of Trump Tower. Dozens of cities across the country have painted similar murals on city streets, following in the footsteps of Washington, D.C.

"NYC is cutting Police $'s by ONE BILLION DOLLARS, and yet the @NYCMayor is going to paint a big, expensive, yellow Black Lives Matter sign on Fifth Avenue, denigrating this luxury Avenue," Trump tweeted Wednesday morning. "This will further antagonize New York's Finest, who LOVE New York & vividly remember the horrible BLM chant, 'Pigs In A Blanket, Fry 'Em Like Bacon'. Maybe our GREAT Police, who have been neutralized and scorned by a mayor who hates & disrespects them, won't let this symbol of hate be affixed to New York's greatest street. Spend this money fighting crime instead!"

....horrible BLM chant, “Pigs In A Blanket, Fry ‘Em Like Bacon”. Maybe our GREAT Police, who have been neutralized and scorned by a mayor who hates & disrespects them, won’t let this symbol of hate be affixed to New York’s greatest street. Spend this money fighting crime instead!

On Tuesday night, New York City lawmakers approved a $89 billion budget for 2021. That budget cuts the NYPD funding from the $6 billion the department received in 2020 to about $5 billion.

Trump's claim about the "pigs in a blanket" chant dates back to 2015 when Black Lives Matter protesters chanted the slogan outside of the Minnesota State Fair. It's unclear if BLM supporters have chanted the phrase during the dozens of protests that have occurred since the death of George Floyd.

After announcing the mural last week, a de Blasio spokesperson said its location was selected with Trump in mind.

"The president is a disgrace to the values we cherish in New York City," Julia Arredondo, a spokeswoman for Mr. de Blasio, said in a statement to The New York Times. "He can't run or deny the reality we are facing, and any time he wants to set foot in the place he claims is his hometown, he should be reminded Black Lives Matter."