Tom Gram’s century-old camera shop burned to the ground a week ago during the unrest following the police shooting of Jacob Blake in Kenosha. Gram said he declined Trump’s request to be a part of the president's tour of damage in Kenosha on Tuesday. Instead, a former owner of the shop was invited, and he praised the president’s efforts.

Gram has owned Rode’s Camera Shop since he bought the business from the Rode family eight years ago. He worked at the store for more than four decades, but that all came to an end last Monday when the building went up in flames.

Gram said he got a call Monday from the White House asking if he’d join the president on a tour that would showcase his leveled business, but Gram immediately refused.

“I think everything he does turns into a circus, and I just didn’t want to be involved in it,” Gram said.

To Gram’s surprise, he watched on TV as the president showed up at the site of his business with the store’s former owner, and Trump made it seem like the store was still his.

“John Rode III, owner of Rode’s Camera Shop,” Trump said as he introduced Rode during a round table conversation on Tuesday.

Rode does not own Rode’s Camera Shop. However, records show that he does own the building at 2204 Roosevelt Road, where the store was located. 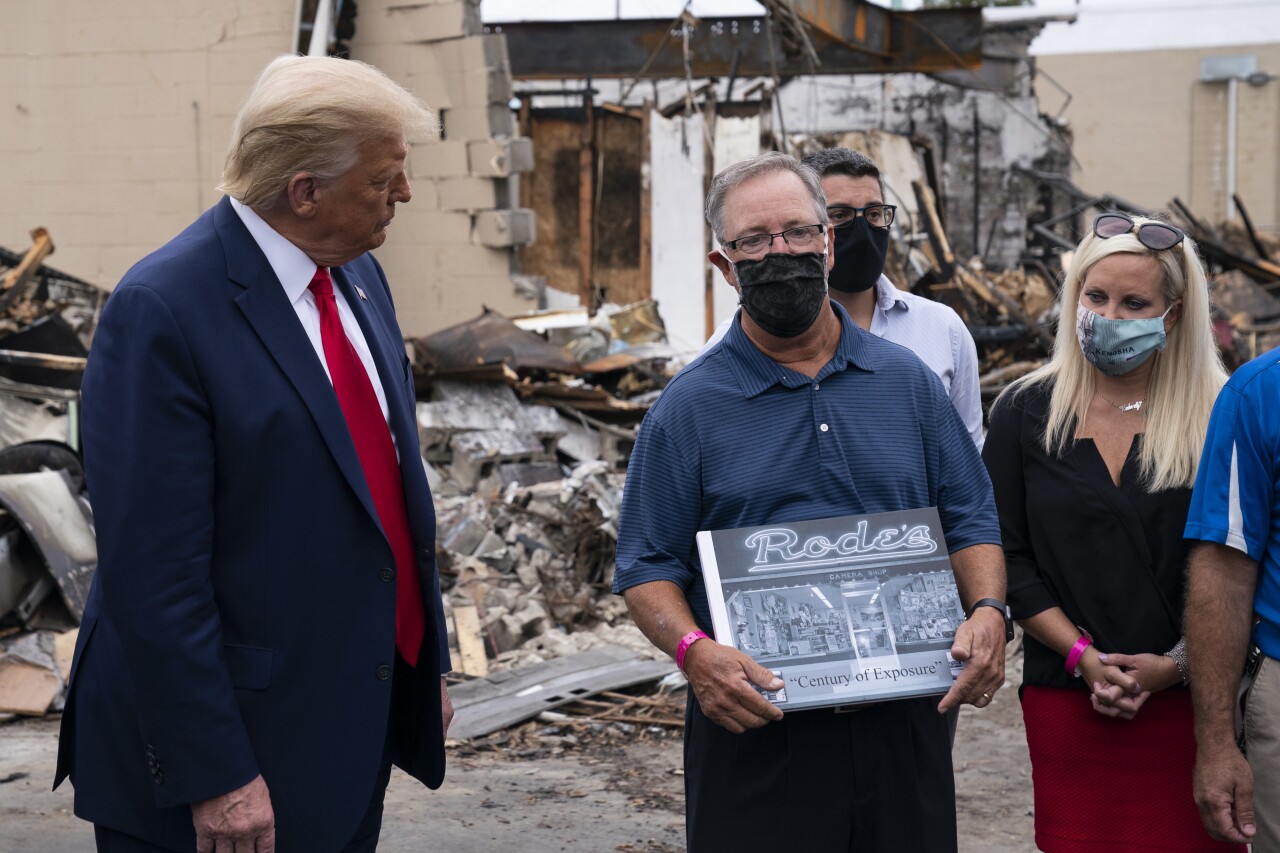 Rode was in front of TV cameras during Trump's tour and he commended the president's response to the Kenosha unrest.

“I just appreciate President Trump coming today, everybody here does,” Rode said. “We’re so thankful we got the federal troops here. Once they got here, things did calm down quite a bit.”

“A day earlier would have saved his store,” Trump said.

Gram said Trump’s references to John Rode III as the owner of Rode’s Camera Shop and it being “his store” were deceptive. Gram says he is disappointed that Rode’s comments on Tuesday were construed to reflect the views of current ownership.

“I think (Trump) needs to bring this country together rather than divide it,” Gram said. “I think there’s a lot of good people in this community and to say that only law enforcement is correct is not the message we need to hear right now.”

Neither the White House nore Rode have responded to Scripps station WTMJ's requests for comment.

This story was originally published by Ben Jordan on WTMJ in Milwaukee.