'Get out of here': White woman caught on camera following, questioning Black man in Denver 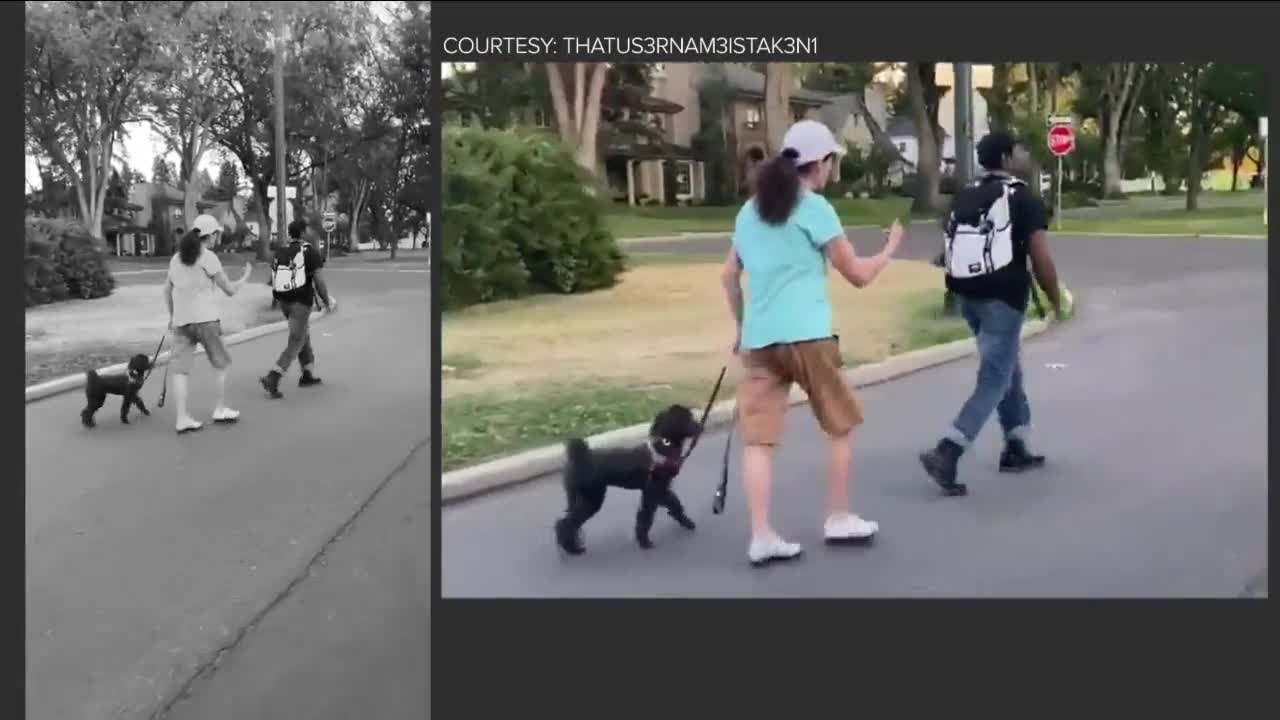 A woman in Denver recorded a white woman questioning a Black man while walking her dog. Denver7's Adi Guajardo tells us what ignited this encounter. 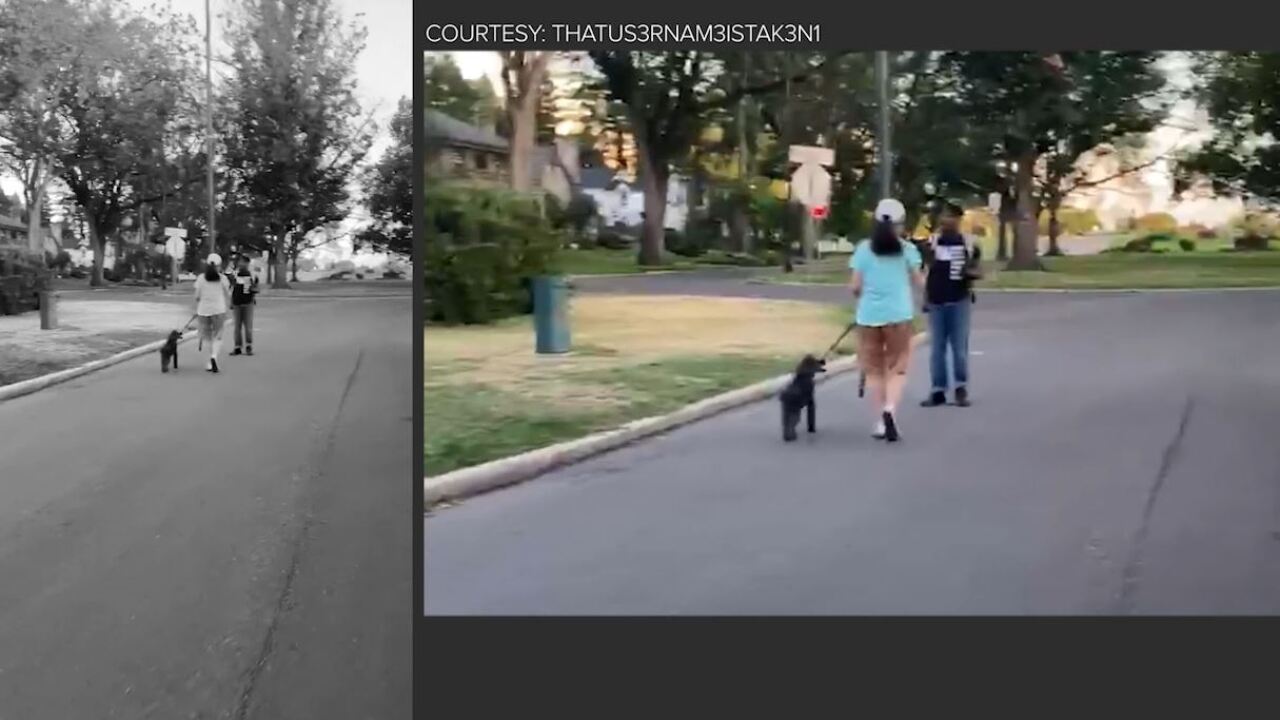 DENVER — In the wake of the Black Lives Matter Movement and calls to end systemic racism, many have called on white people to call out discrimination and harassment. A Denver woman says she did just that when she recorded a white woman following and questioning a Black man in a neighborhood near Cranmer Park.

Beth, who did not want to be identified by her last name, said she recorded the interaction on Sunday evening and shared it on social media. The video has been viewed thousands of times.

The video shows a white woman trailing a Black man walking in a Denver-area neighborhood and asking him questions about a picture. The man asked the woman why she was interrogating him, and the woman later loses her temper.

At one point, Beth interjected and told the woman to leave the man alone.

"He's not bothering you," she said.

Beth said the woman was harassing the man, which is why she recorded the encounter.

"I just want people to know that it's happening," Beth said. "I don't want people to have an excuse for ignorance anymore. Racism is still real, it's still everywhere, and I'm a white person with a camera, so when I see it, I have to call it out."

The woman in the video did not wish to give an interview on camera or be identified, but she told Scripps station KMGH in Denver that she saw the man take several pictures of her home, and was worried they could be used for a crime. When asked if she would have reacted differently if a white person were taking photos, the woman said race didn't play a role in her questioning. She said she just wanted to know why the man took pictures of her home.

During the confrontation, the man began to walk away, but the woman continued to follow him. He finally told the woman that he did not want to talk with her and said, "Have a nice day."

Neighborhood resident Matt Tedeschi has lived in the area most of his life and walks his dog in the area.

"(I'm) shocked that not everyone is as accepting as they should be, just for someone walking down the street and question them when they have no right to question them like that," Tedeschi said.

The woman in the video claims she had every right to question why the man took pictures of her home. Beth argued that it's a beautiful neighborhood and that photos are common.

"He is in a public space, he took a picture; people do that all the time," Beth said. "It's a movement right now where we need to prove that Black people are harassed for no good reason. It's a time where we need to have evidence to back up what we are saying."

Beth said she spoke with the man after the encounter, and he asked her if he was close to Trader Joe's. She asked if he was OK.

KMGH is working to identify and contact the man in the video.

This story was originally published by Adi Guajardo on KMGH in Denver.