Loved ones gathered for George Floyd's funeral in Houston before burial 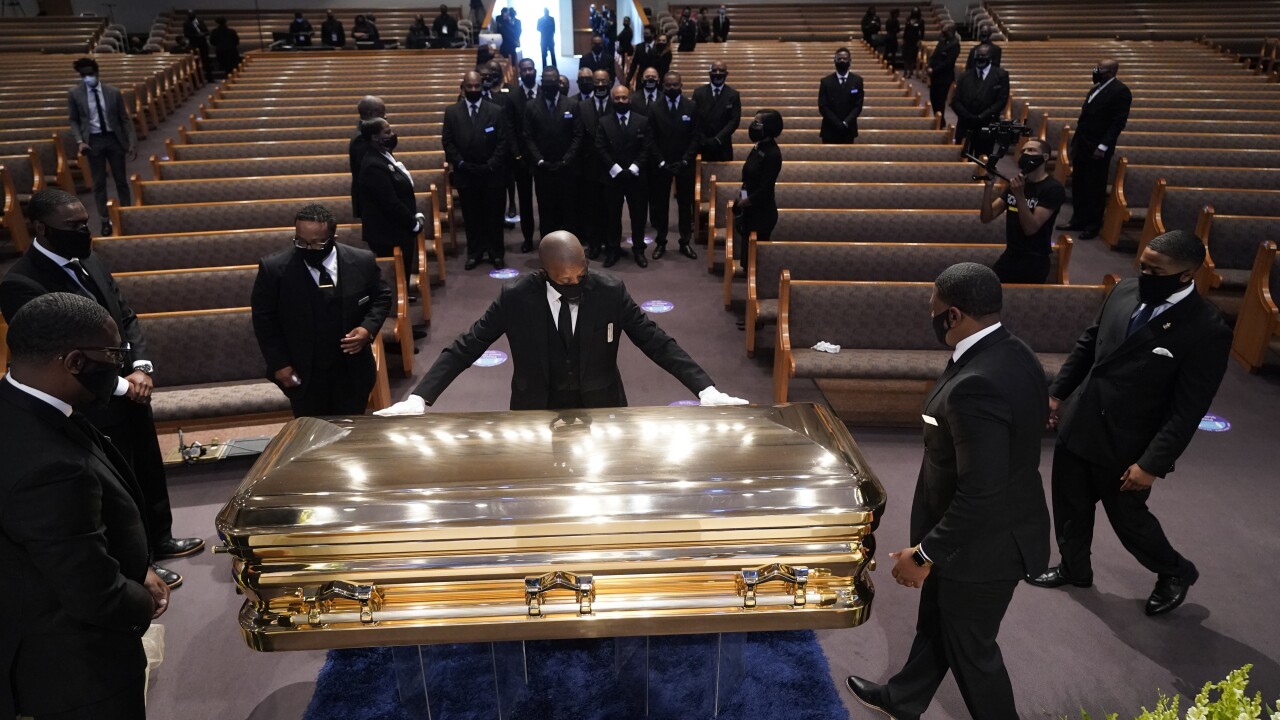 Copyright 2020 The Associated Press. All rights reserved.
David J. Phillip/AP
The casket of George Floyd is placed in the chapel during a funeral service for Floyd at the Fountain of Praise church, Tuesday, June 9, 2020, in Houston. (AP Photo/David J. Phillip, Pool) 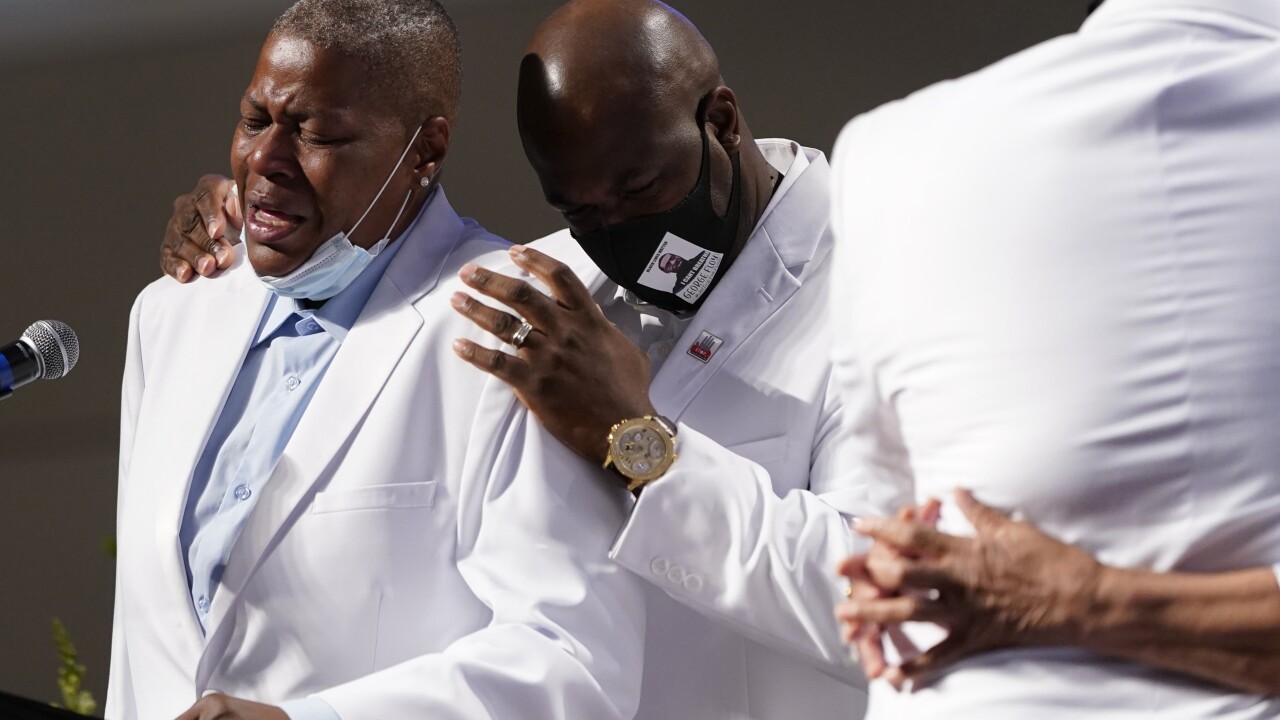 George Floyd, the man who died in the custody of the Minneapolis Police Department in late May and whose death has sparked a nationwide protest movement against police brutality, was buried in Pearland, Texas, Tuesday following a private funeral.

The funeral took place at The Fountain of Praise Church in Houston. It was livestreamed online and carried live by several news networks.

Memorial services for Floyd have already been held in Minneapolis, the city where he lived his final years, and in North Carolina, the state in which he was born. Floyd lived the majority of his life in Houston.

Tuesday's funeral followed a public viewing, which was held on Monday afternoon and evening.

On May 25, Floyd was arrested after he allegedly attempted to use a counterfeit $20 bill to buy tobacco at a Minneapolis convenience store. Officers later found him in a car, which was still parked outside the store. Police have said Floyd was under the influence of drugs or alcohol at the time.

Officers pulled Floyd out of the car and handcuffed him. As they restrained him, bystander video shows one police officer, Derek Chauvin, kneeling on Floyd's neck for more than eight minutes as Floyd yelled he couldn't breathe. Chauvin continued to kneel on Floyd's neck for several minutes, even after he became unresponsive.

The bystander video quickly went viral, prompting a wave of outrage. Protests in Floyd's name have drawn thousands of demonstrators in dozens of major cities around the world for more than a week, calling for a change in policing, diverting funds for police to other social programs and an end to systemic racism.