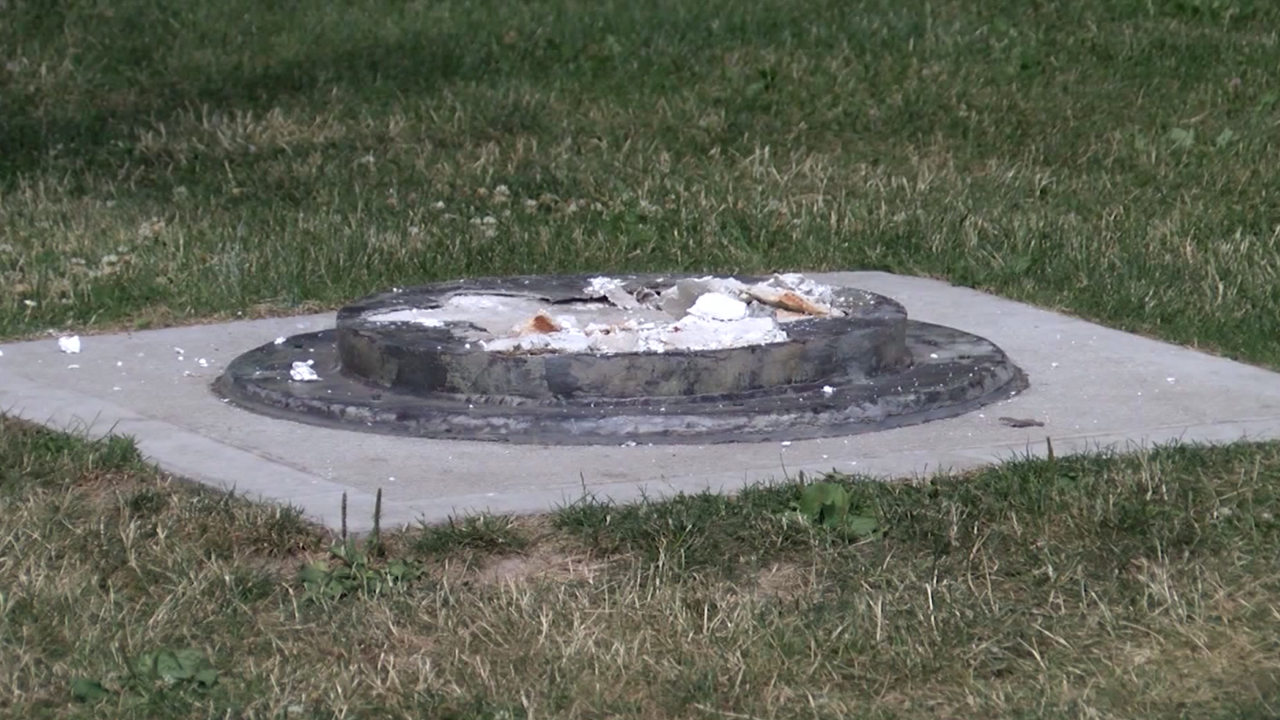 ROCHESTER, N.Y. — A statue of abolitionist Frederick Douglass has been ripped from its base in Rochester on the anniversary of one of his most famous speeches.

Police say the statue of Douglass was taken from Maplewood Park and placed near the Genesee River gorge on Sunday.

On July 5, 1852, Douglass gave the speech “What to the Slave is the Fourth of July” in Rochester. There was no indication the vandalism was timed to the anniversary.

The park was a site on the Underground Railroad where Douglass and Harriet Tubman helped shuttle slaves to freedom.

Leaders involved in the statue’s creation tell WROC that they believe the nation’s ongoing focus on race could have played a role in the vandalism.

The project director of Re-energize the Legacy of Fredrick Douglass, Carvin Eison, questions whether the damage is some type of retaliation because of the calls to take down Confederate statues.

WROC reports that the statue is one of 13 placed throughout Rochester in 2018, and it’s the second figure to be vandalized since then.

The damaged statue has been taken for repairs.