Driver in Seattle crash that hit 2 protesters due in court 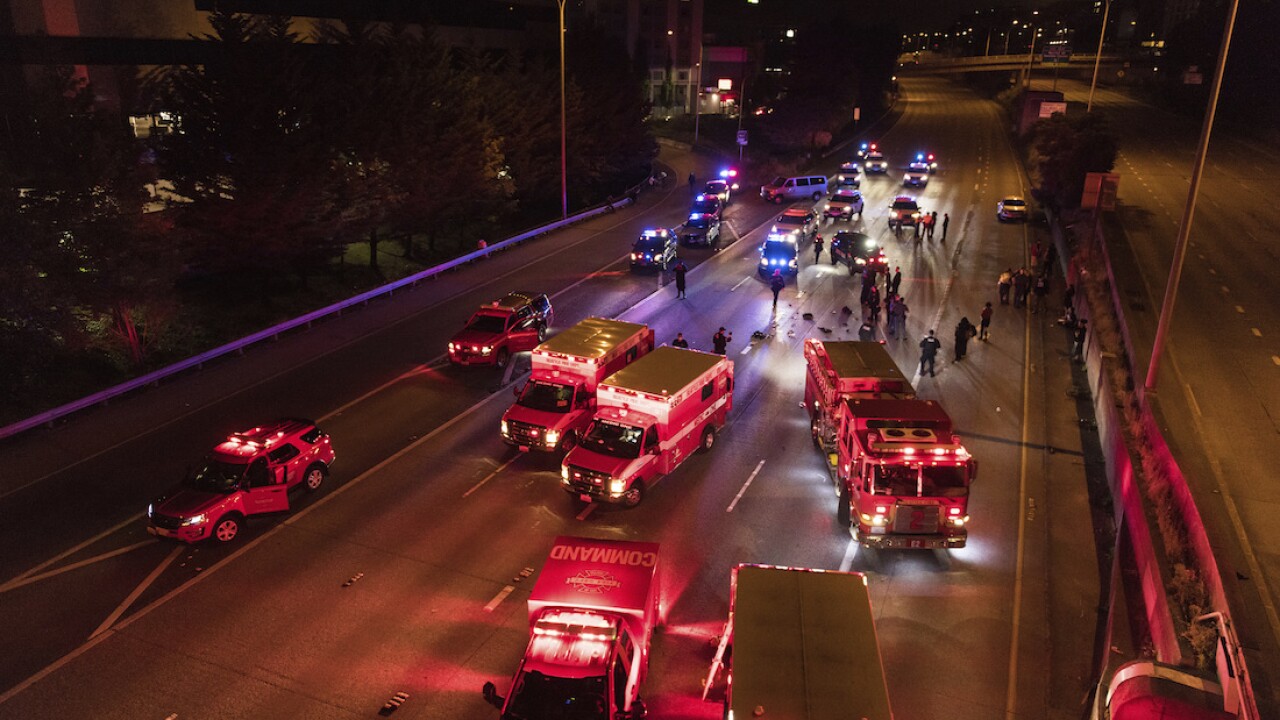 400TMAX
James Anderson/AP
Emergency personnel work at the site where a driver sped through a protest-related closure on the Interstate 5 freeway in Seattle, authorities said early Saturday, July 4, 2020. Dawit Kelete, 27, has been arrested and booked on two counts of vehicular assault. (James Anderson via AP)

SEATTLE (AP) — The man accused of driving a Jaguar on to a closed Seattle freeway and hitting two protesters, killing one, is scheduled to appear in court Monday.

Lawyers will discuss whether he can be released on bail.

Police say Dawit Kelete, who is black, drove the car around vehicles that were parked on Interstate 5 to protect a group of Black Femme March demonstrators.

They say he hit two people and sped away early Saturday.

Kelete was alone in the car.

He was taken into custody and a judge found probable cause to hold Kelete on an investigation of vehicular assault.