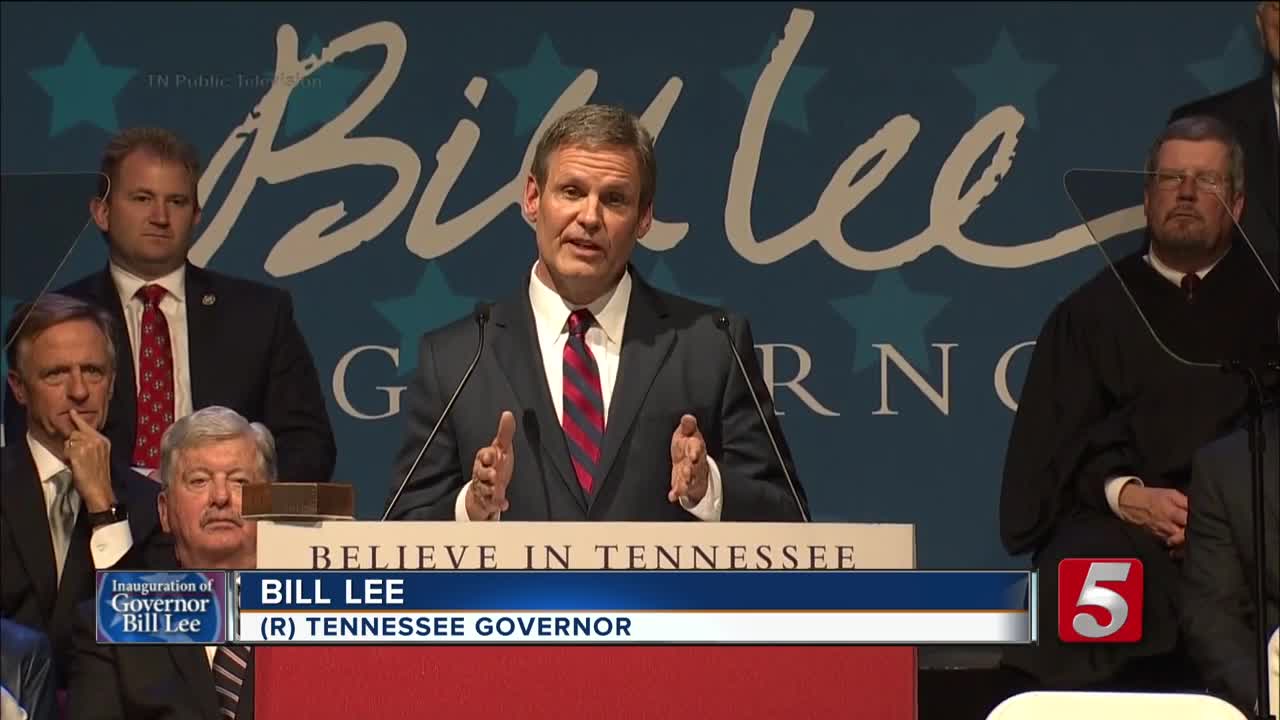 Republican businessman Bill Lee has been sworn in as the 50th Tennessee governor. 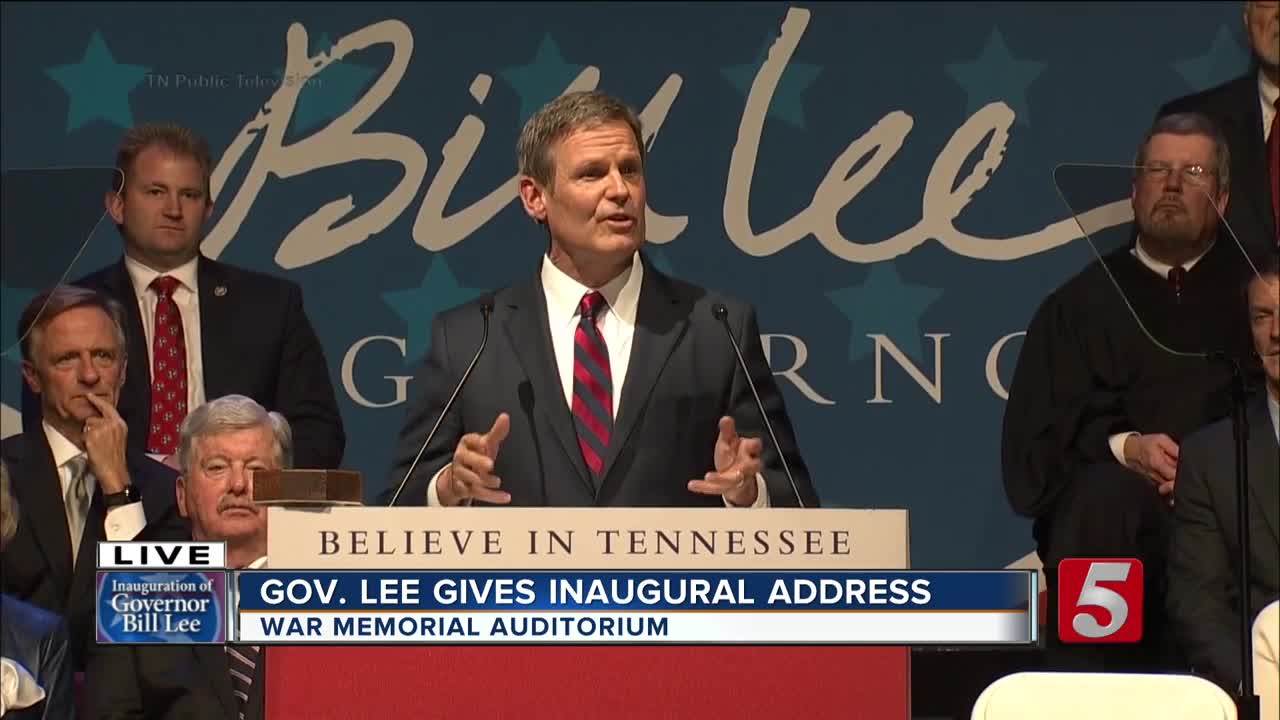 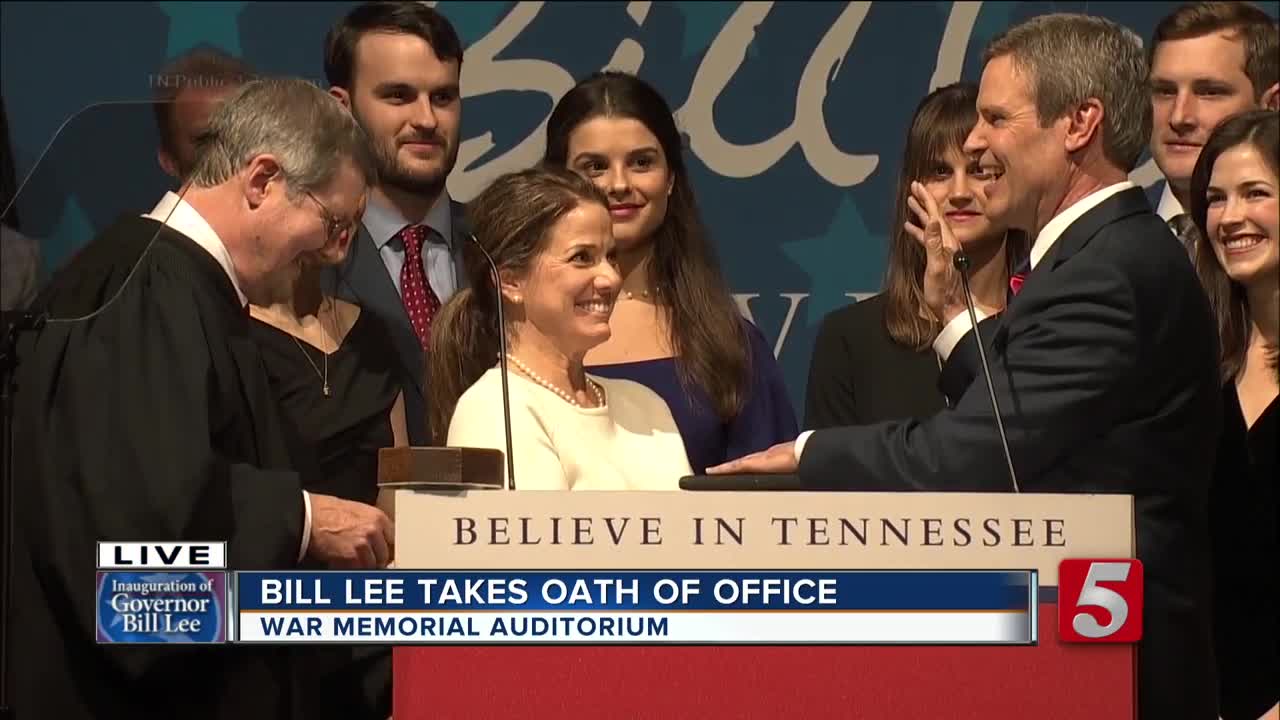 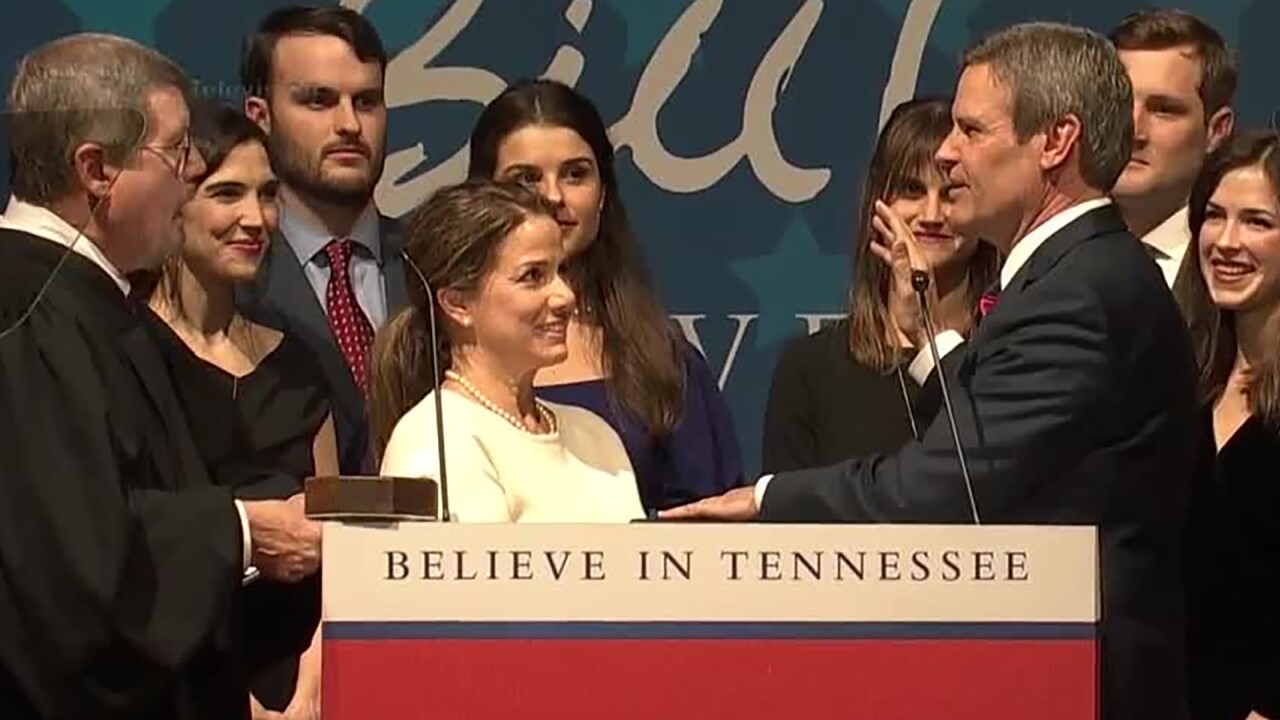 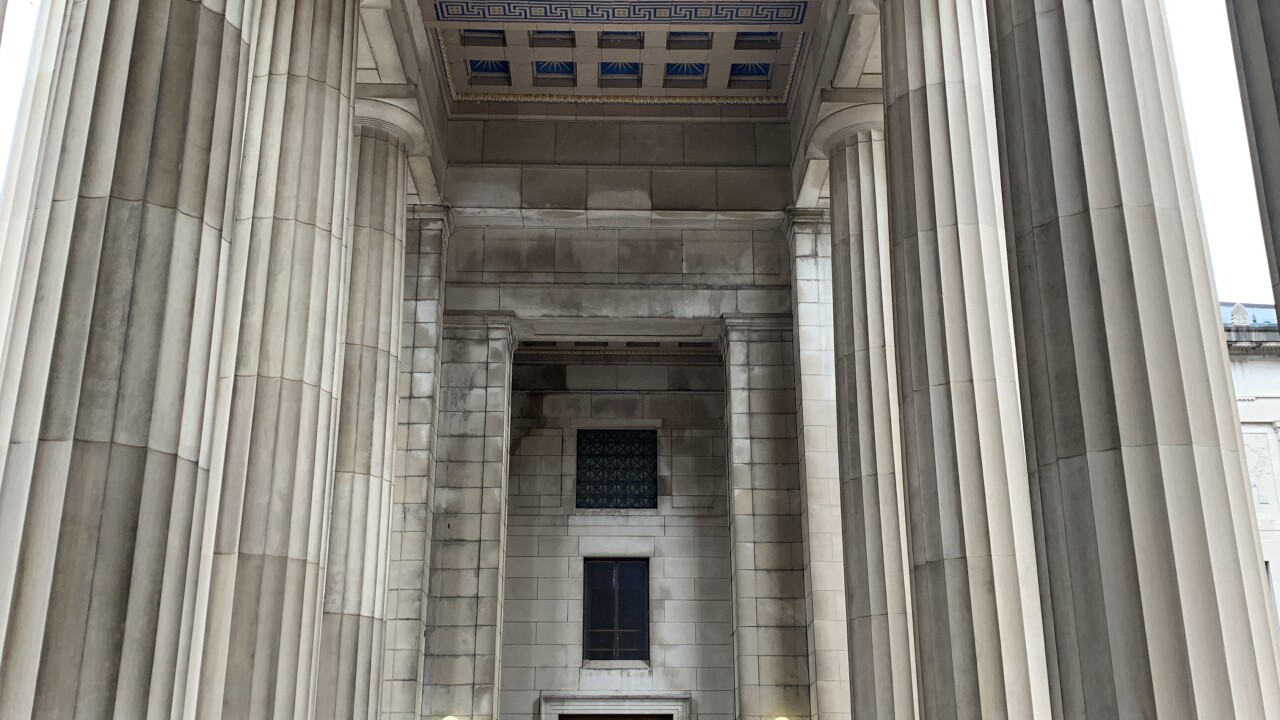 The latest on Bill Lee's inauguration as Tennessee's governor (all times local):

12 p.m.
Republican businessman Bill Lee has been sworn in as the 50th Tennessee governor.

Lee was forced to move inauguration indoors after forecasts warned of severe rain and thunderstorms. It was the first time the ceremony hadn't taken place outdoors in front of the Capitol in more than 40 years.

Lee's team estimates that about 2,500 to 2,700 people attended the worship service Saturday morning at the Grand Ole Opry House just hours ahead of Lee's inauguration.

Lee focused heavily on his Christian faith on the campaign trail.
------
10 a.m.

Gov.-elect Bill Lee will soon be sworn in as Tennessee's next governor.

Lee, a Republican, will take the oath of office Saturday at Nashville's War Memorial Auditorium at 11 a.m. Lee's team was forced to move the event indoors after weather forecasts warned of severe rain and thunderstorms.

The ceremony had been planned outdoors on the adjoining Legislative Plaza, where inaugurations have historically been held.

The 11 a.m. event Saturday is free and open. Admission will be based on the venue capacity of the auditorium.

Lee is participating in a number of events this weekend as he is sworn in to replace term-limited Republican Gov. Bill Haslam. The Franklin-based businessman defeated former Democratic Nashville Mayor Karl Dean in November.