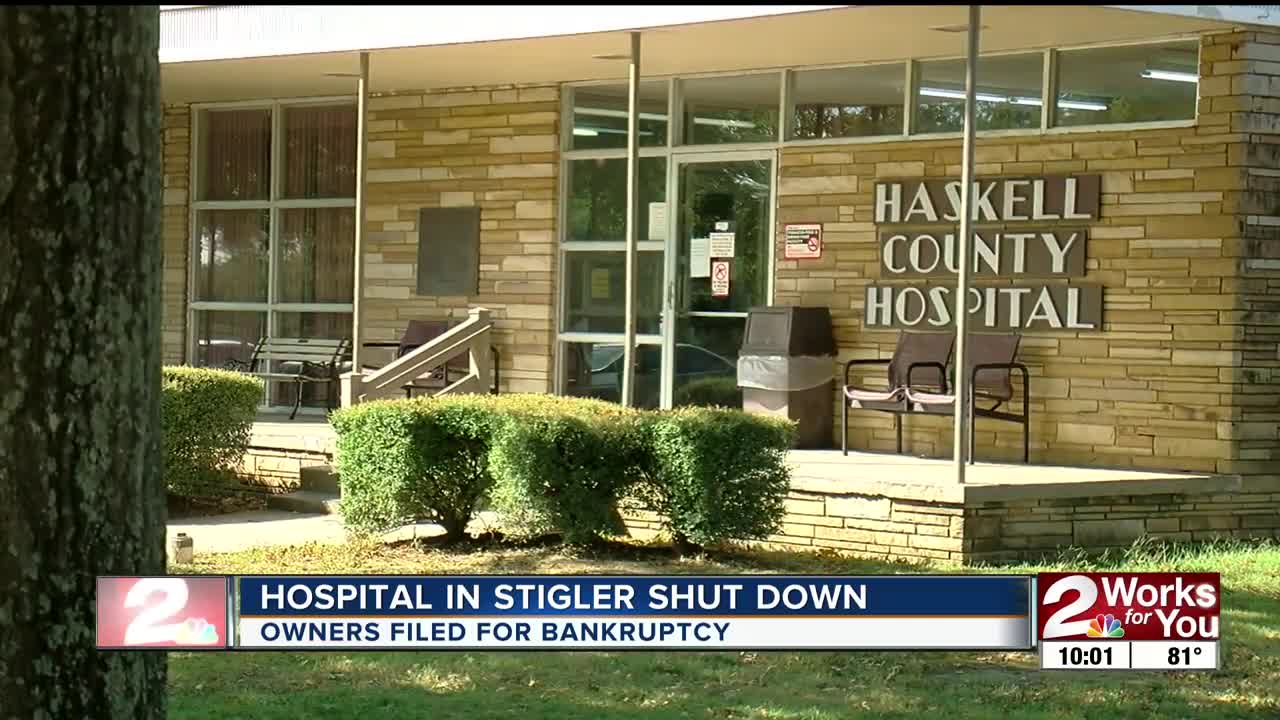 STIGLER, Okla. — No money and now no patients or staff for the only hospital in Haskell County.

Andrea Randall, Haskell County Community Hospital Interim CEO, says, “I would estimate 70-75% of our staff were laid off today.”

10 patients had to be transferred to other care facilities.

Neighbors are now anxious about the lack of care in Haskell County.

Haskell native, Danny Jones says, “Some people were doing good to drive the 10 or 15 miles to just get here, much less to a town farther away. It’s heart-breaking.”

The problems circle around money.

Randall says, “We’re basically not able to get the funding we need to continue operation.”

Court documents show the hospital is associated with three filed bankruptcies from 2011 and two this year.

Money is owed to at least 100 businesses around the nation.

The hospital has had multiple owners, over the years; one of them being empowerHMS.

“We’re hoping some kind of funds will come from somewhere quickly, so we can call our staff back and continue care,” says Randall, “We are an hour away from any high-level care facility. That could mean life and death for people in our community.”

The plan going forward could include auctioning the hospital, licensing, and equipment.