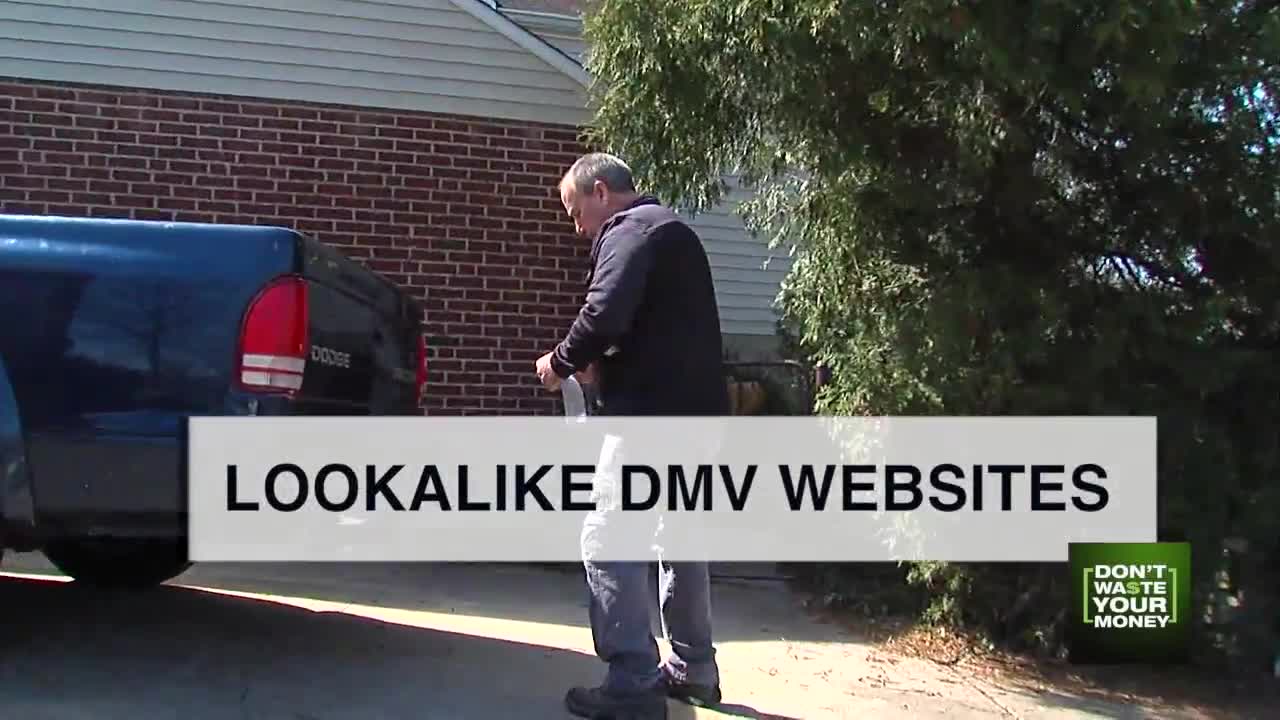 Drivers say they thought they were going to the state DMV website, but really were not 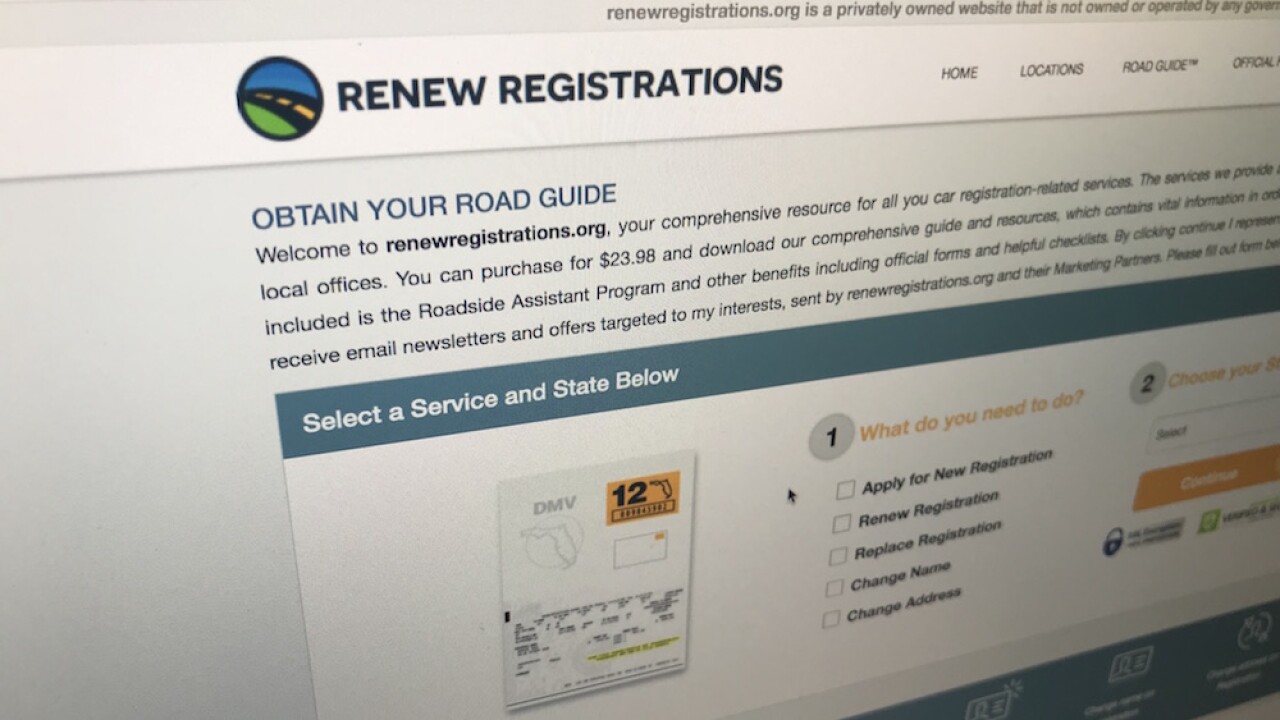 Drivers who apply for new license plate tags should be careful how they do it, according to the Better Business Bureau (BBB).

The BBB has received dozens of complaints about lookalike BMV and DMV websites, and one driver says he fell for a phony site.

Brian Morgan recently received a letter explaining it was time to renew the plates on his pickup truck.

"I got the notice in the mail," he said, "and every year I then get online and do my registration renewal, and order my sticker."

So he Googled the "state motor vehicle website." He clicked the top Google listing.

So Morgan entered his personal info, address, and credit card number. But instead of getting a tag renewal, he got a very strange response.

Drivers fooled into thinking they are on state's site

As he inspected the site closer, it turns out he had not visited at the DMV website, but instead was on one of several sites that look similar to the motor vehicles department of various states.

From a legal perspective, companies doing this are doing nothing wrong. They are just doing a service, helping drivers renew their plates through their state.

But their informational service comes with a fee, that drivers don't really don't have to pay.

Four of these sites — that appear almost identical — are:

The About Us page of all three sites is nearly the same, and is very vague about who they are.

The Better Business Bureau has a report only on Driversservices.org, and gives it an "F" rating with more than 100 complaints the past year.

Many of the complaints are from drivers like Morgan who thought they were on their state's official site.

"I do want to warn people," Morgan said. "If there is something different, like the website doesn't look like the original, and you figure they just changed it, go back and check again."

These sites all have disclaimers on their front page, stating they are not government websites. But Morgan and evidently many others, judging by BBB complaints, missed those disclaimers.

The two sites Morgan visited did not respond to an email request for comment. In the meantime, he said he will triple check next year, to make sure he is really on the state site.