Can we all get $4 million if we share Powerball? 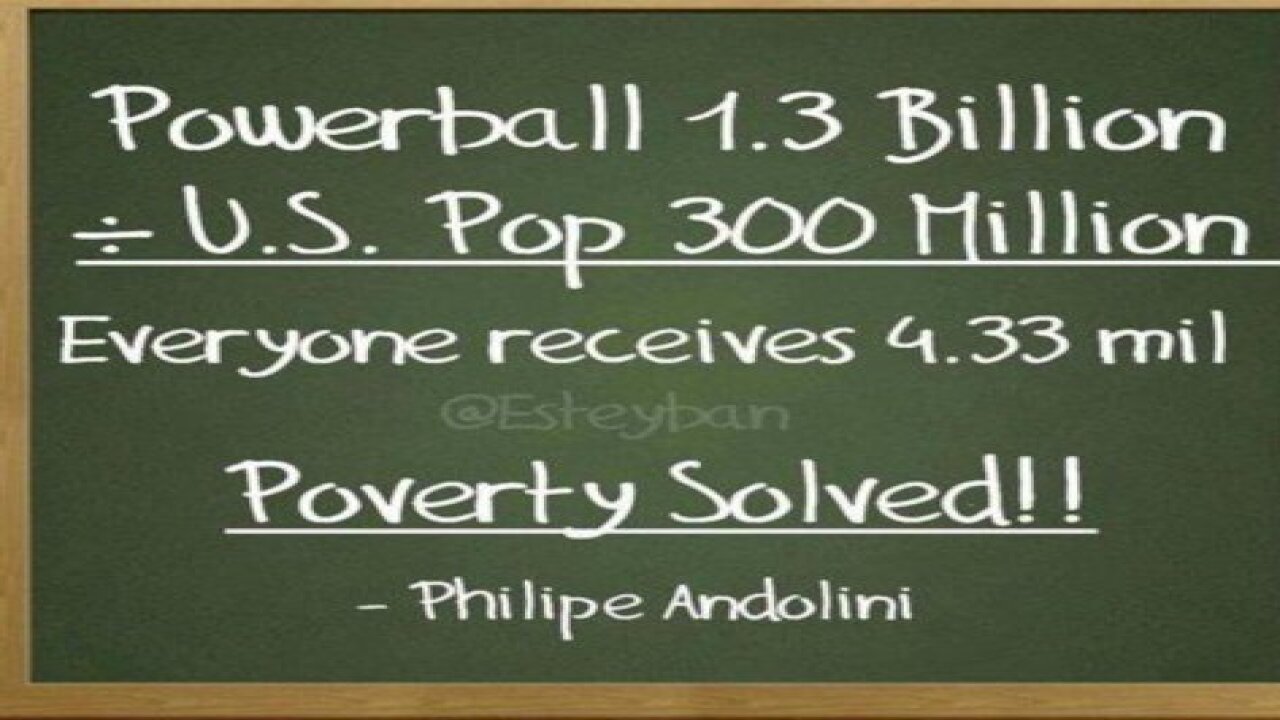 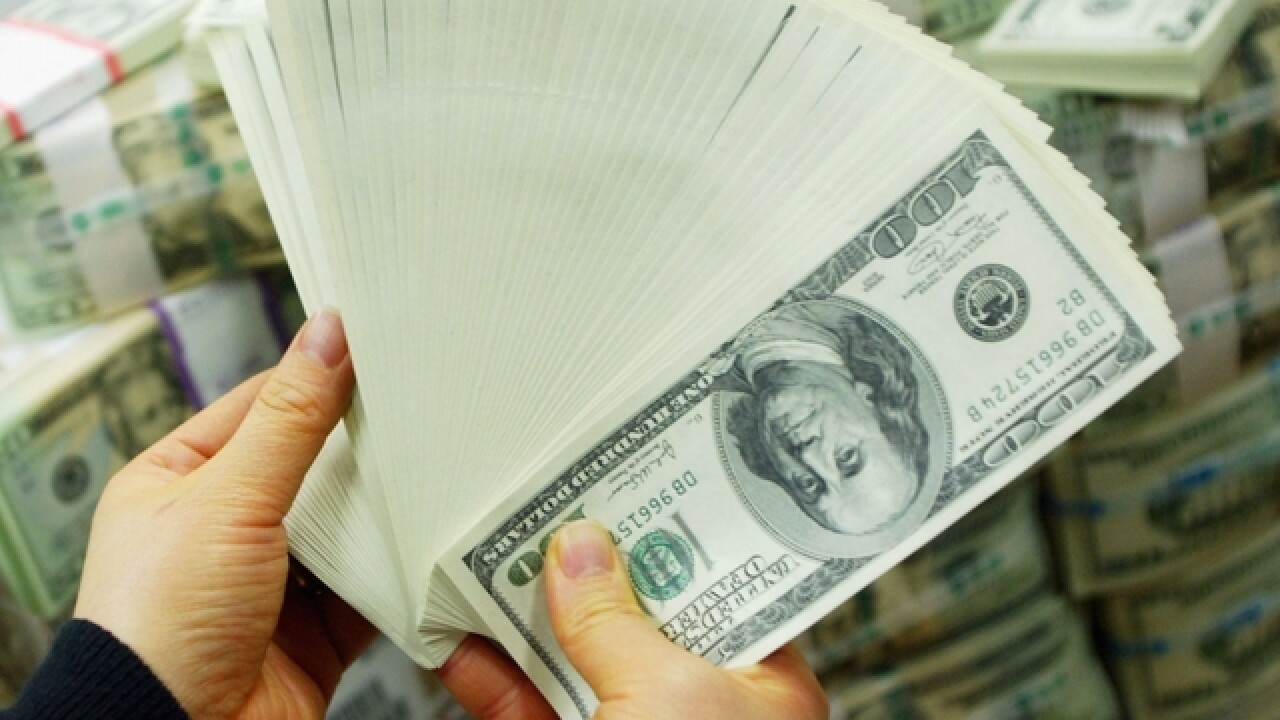 It's the Facebook meme that went viral this week, shared by millions of people who thought it was a great idea.

Instead of making just one person in the US a billionaire (actually a billionaire and a half), what if the Powerball folks simply handed it out evenly to everyone in the country?

The meme, posted by an Instagram creator named Esteyban, claims that with a Powerball jackpot of $1.3 billion, and a USA population of 300 million, everyone in the country, young and old, would receive $4.3 million if we just divided it up evenly.

Think about it: We all would get a check for $4.3 million, and poverty would be solved.

Why don't they do that? Here's why.

The problem, as with so many social media posts shared these days, is that the math is all wrong.

That's right: if you split the Powerball evenly, we would all get 4 dollars and 33 cents, not $4.33 million.

Oh, we forgot about taxes.  Take out Social Security and Federal and State income taxes, and you would receive approximately $2.75.

That's not enough to buy a Big Mac at McDonald's or a Grande Latte at Starbucks.

So sorry, that's why no one is sharing.  As always, don't waste your money.

Sign up for John's free Newsletter delivered weekly to your inbox