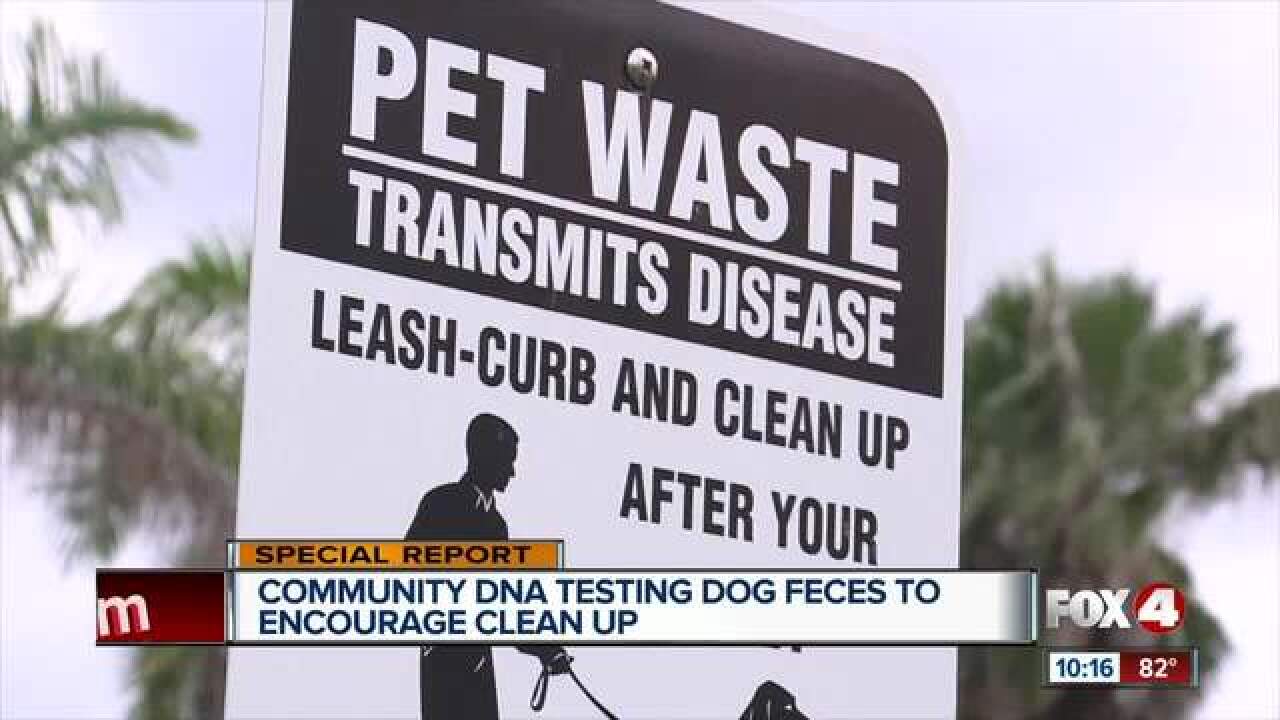 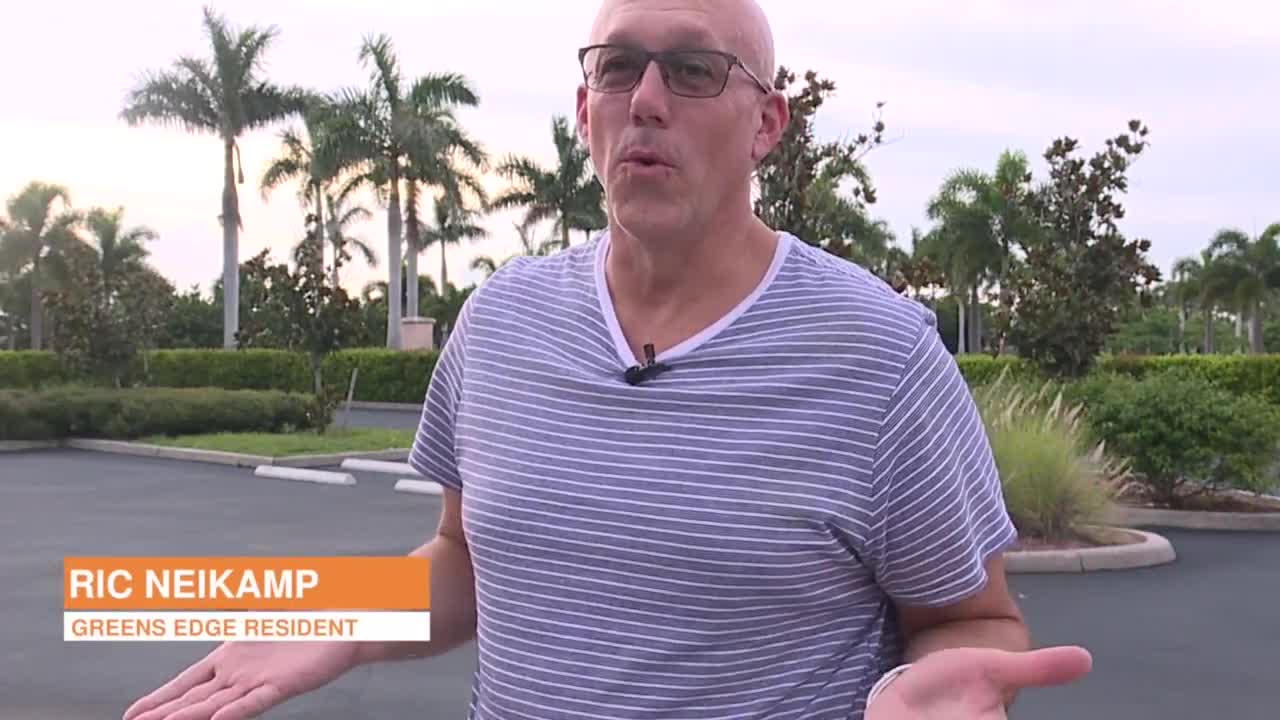 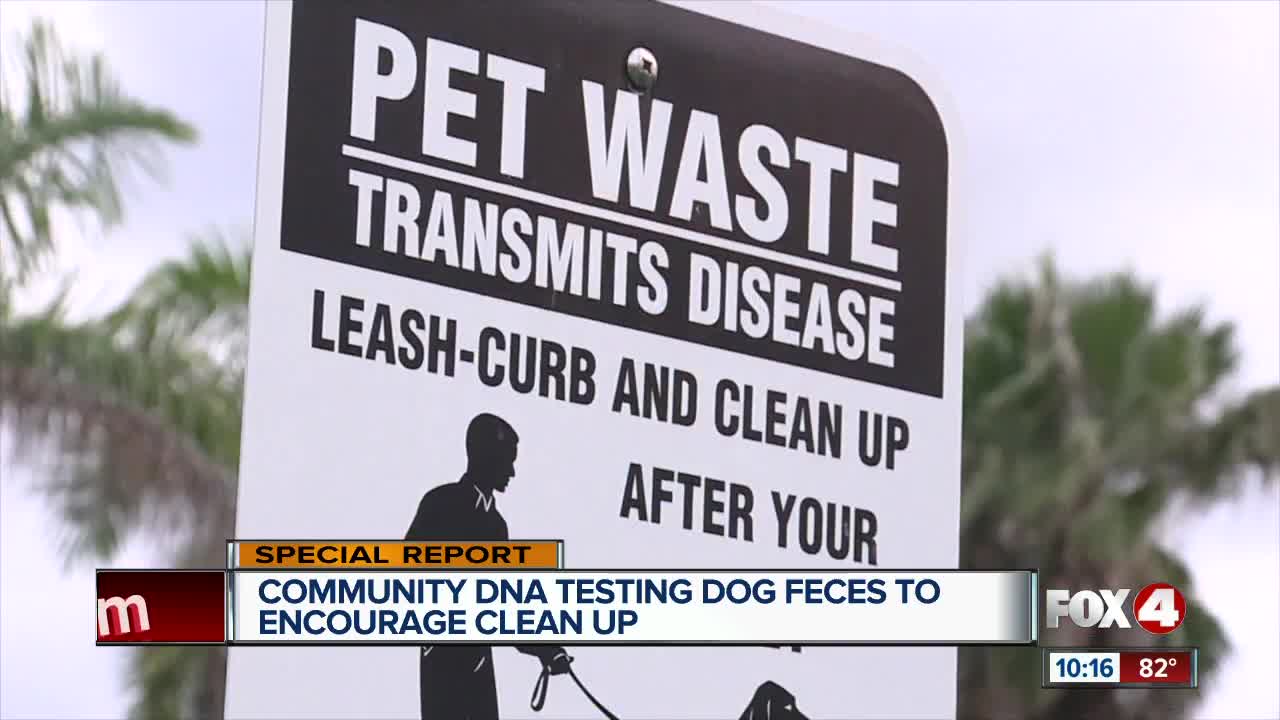 FORT MYERS, Fla. — Samples of dog’s DNA are being taken at a Fort Myers apartment complex in order to hold residents accountable for picking up their dog’s poop.

“My son has stepped into dog poop at least two or three times… It’s gross,” said Whitney Pritchard, a resident of Greens Edge at Province Park.

Pritchard, a mother of four, says dog waste has been an issue for the past year. When Fox 4 reached out to Greens Edge, they declined to interview but said they received “multiple complaints” of dog waste being left behind.

A couple of months ago, the complex sent a letter to Pritchard and the rest of their residents, explaining a new program called “PooPrints.”

PooPrints takes a dog’s DNA sample by a mouth swab, the sample is then sent into a lab in Knoxville, Tennessee, the headquarters of the company.

The company then creates a unique identifier for each individual dog. Apartment complexes such as Greens Edge use these identifiers when a neighbor doesn’t clean up their dog’s poo. They can identify the dog and therefore the resident and issue a fine.

“We’re a pet-friendly company; we want more pets to be able to live more places and the program allows that to happen,” explained J. Retinger, PooPrints CEO.

Retinger says while PooPrints is paid for by an apartment complex, it is free for residents to register their dog. The CEO says the company is working with 3,000 complexes nationwide and 200 in Florida. He says their research has shown 40 percent of dog owners don’t pick up waste.

Residents can be fined for not registering

According to the letter received by residents, dog owners must register their dog for PooPrints or they will be issued a “$500 fine and risk termination of their lease.”

For dog owner Portia Auplant, she says she thinks the rules and regulations are too much. “It’s really asinine that they would take it this far,” said Auplant. “No one wants to think about not having a place to live because their dog pooped on the grass.”

Some residents are forced to move their dog out

Auplant says her family made the decision to have their dog live at her mother’s house. She says it has been difficult for her family and kids to be without her.

“We love her a lot,” Auplant said through tears. “The time that it takes for them to send these items off to the lab to do all this research you could pay someone to come pick this item up….the punishment does not fit the crime.”

“If a resident chooses not to register their pet, it is considered to be an ‘unauthorized pet’ which is a lease violation.”

The complex says they gave dog owners a one-time credit for registering their dog.