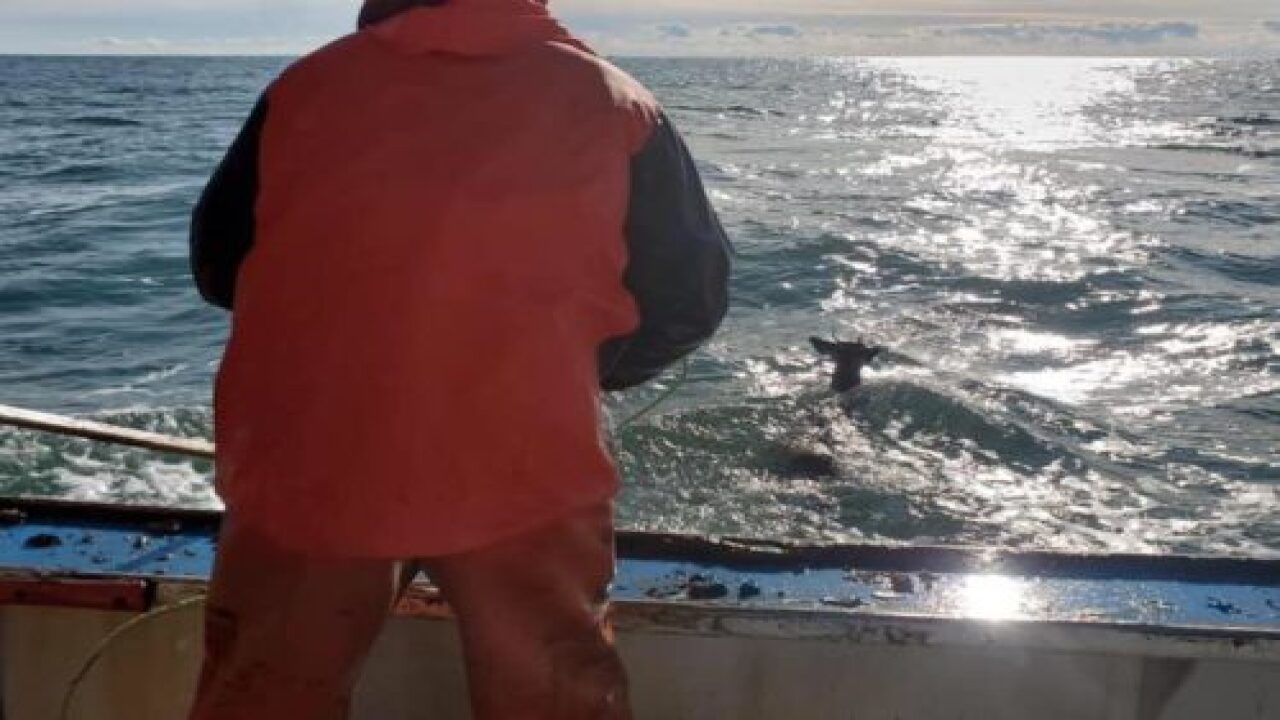 A group of Maine lobstermen made an unusual catch this week.

On Monday, captain Ren Dorr and his crewmen were five miles off the coast of Addison, Maine, a town not too far from the Canadian border. It’s cold up there, and they suddenly spotted a live deer drifting in the ocean waves.

“Couldn’t let the poor guy suffer and drown so we brought him aboard and sailed him [a] half hour to land and dropped him off on the beach! And sailed back out to haul!” Dorr wrote in a now-viral Facebook post about the unexpected rescue.

The crew took time out of its busy day of fishing to help the poor deer and now their good deed is making headlines .

Jared Thaxter, one of Dorr’s crewmen that day, spoke to “Good Morning America” about their efforts to rescue the deer.

“We had to circle a few times to get hold of him,” Thaxter said on the show, explaining the unorthodox method they used to reel the deer in. “They grabbed him by the spikes and maybe a leg or two and just dragged him in.”

You can see two of the men helping the animal into the boat in Dorr’s picture below.

Once aboard, the crewmen left the deer alone to recuperate as they steamed for dry land. As you can see from Dorr’s photo, it found a spot at the back of the boat and rested after its stressful swim!

The lobster boat got as close to a beach as it could before hoisting the deer back into the water, letting it swim back to land. Not surprisingly, this photo got the most likes of any of them on Facebook, with more than 2,000 people reacting to it so far.

Though it seems like unusual behavior, deer can indeed swim. According to Outdoor Life magazine , they’re even quite good at it.

In recent years, folks have catalogued multiple sightings of deer taking a dip in various bodies of water , from family swimming pools to rough ocean waves . This guy must have gotten in way over his antlers, though, to be found so far out from safety.

“It was a great feeling once they helped him back into the water, headed in the right direction, and to see him finally touch land,” Thaxter told “Good Morning America.” “It was definitely worth the time and effort. You can’t let anything suffer like that when you can easily help.”