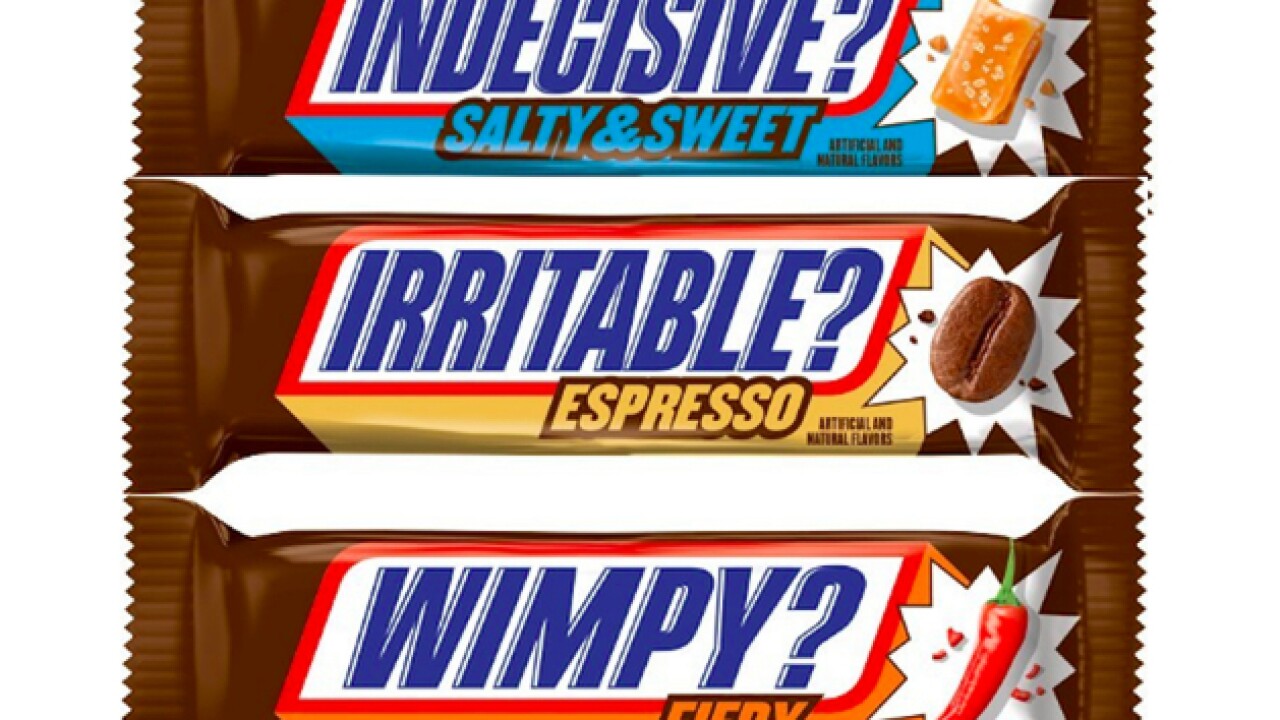 <p>Limited edition Snickers flavors will be available in the Summer of 2018. Credit: PRNewswire</p>

As part of its "You're not you when you're hungry" marketing campaign, Snickers has launched three new, limited-edition flavors.

Candy bars will now come in Espresso, Fiery and Salty & Sweet. Bars are in retail stores worldwide, according to a news release from PR Newswire .

"Flavors corresponding to the hunger symptom on the outside of the packaging: Irritable = Espresso, Wimpy = Fiery, and Indecisive = Salty & Sweet," the release states.

During the campaign, people in New York City on June 19 may visit the "Hunger Bunker," where Snickers will have "escape-room style" challenges that lead to a flavor. People interested in trying it out may make reservations here .

The Snickers brand is owned by Mars, Incorporated.