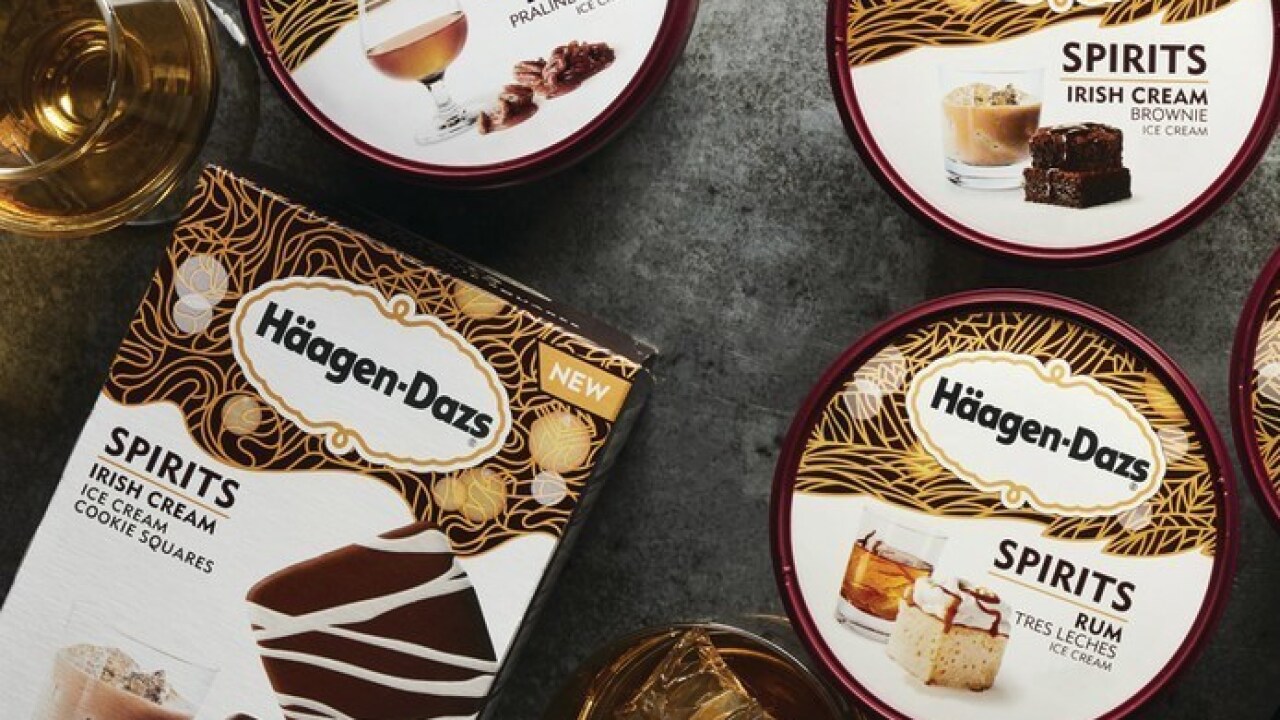 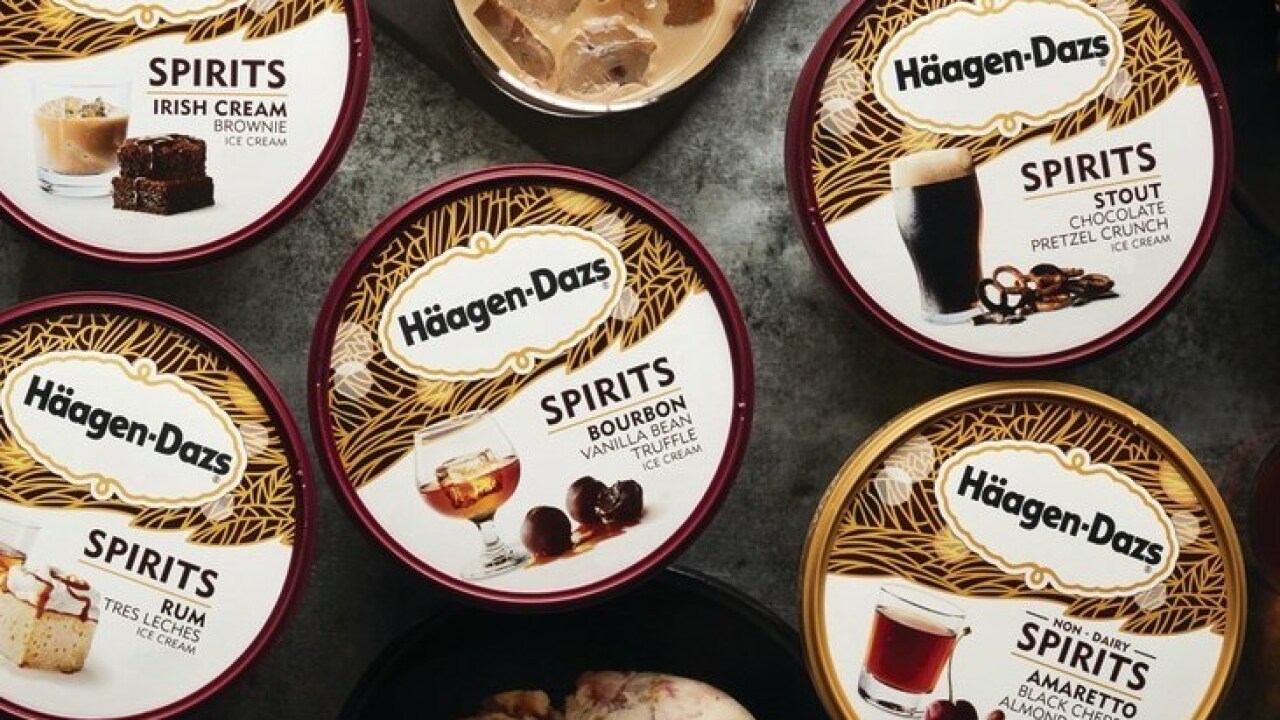 Häagen-Dazs has combined booze and ice cream into one.

The ice cream company is rolling out seven flavors of alcohol-infused ice cream treats. According to the press release from Häagen-Dazs , the flavors include:

Although the special treats have booze in them, you probably won't be able to get drunk off them. Each product contains less than 0.5 percent of alcohol by volume.

If the collection isn't already in your store, you won't have to wait too long. It will be "widely available" by April. You can also try some of the flavors at Häagen-Dazs Shops beginning March 1.