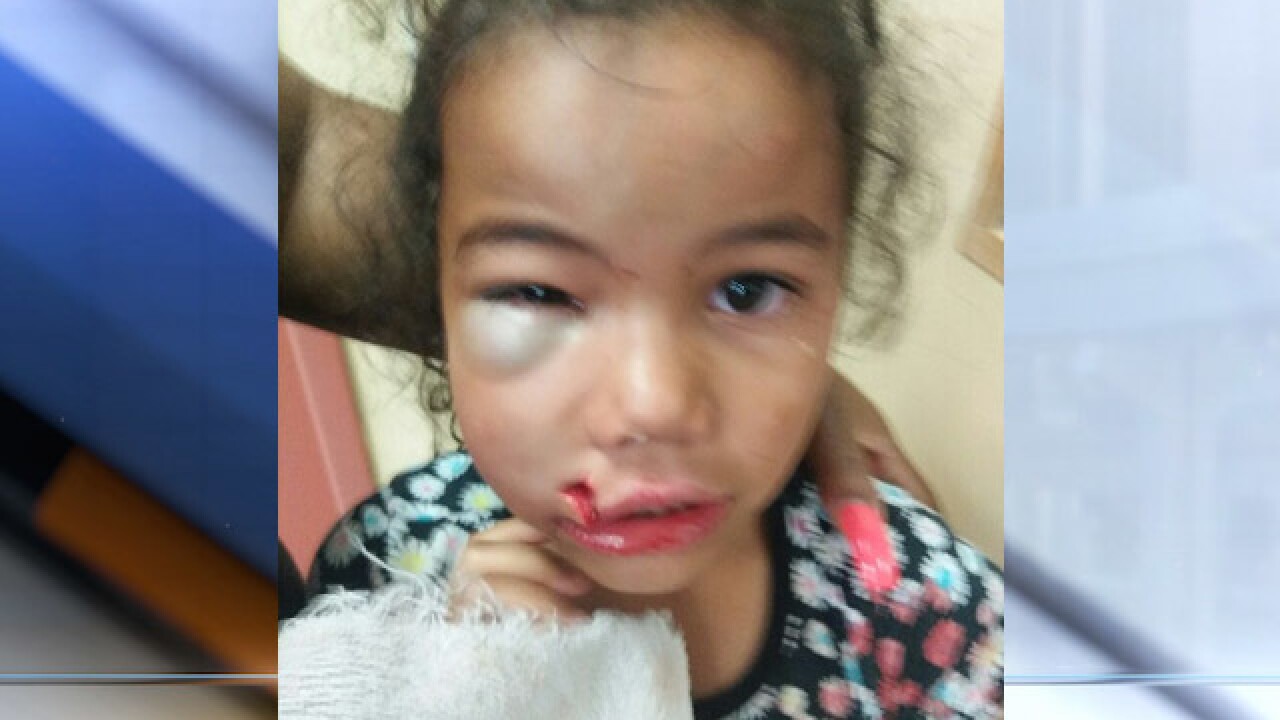 MUSKOGEE, Okla. -- Two workers have been suspended after a girl was severely injured at a daycare in Muskogee on Monday.

The incident happened at the Champions Daycare inside the Church of God at 306 South B Street. The Muskogee Now reported that the girl's facial injuries will require plastic surgery to repair.

The girl reportedly "ran into another child" which caused the injuries, daycare representatives said. Police are performing an investigation into the child's injuries.

After the girl was taken to urgent care, she was turned away because her injuries were too severe, officials said.

The decision to suspend the workers was either the choice of the daycare, or the Department of Human Services, police said.