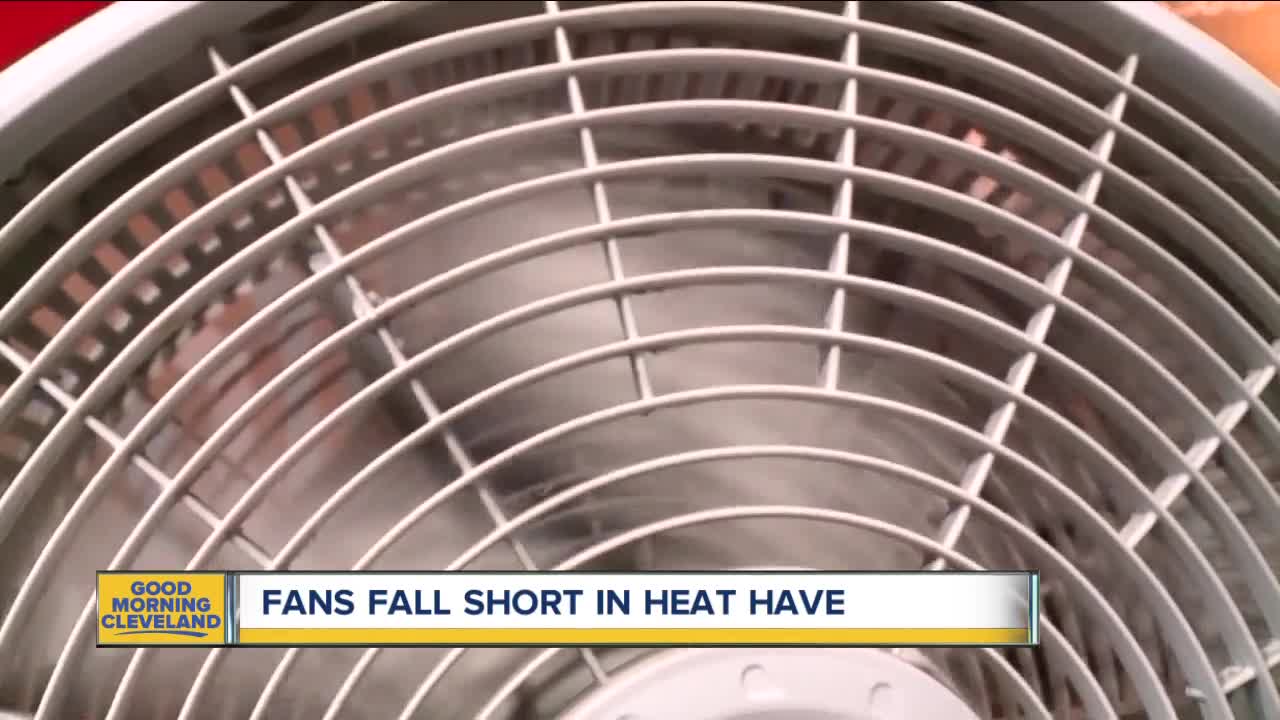 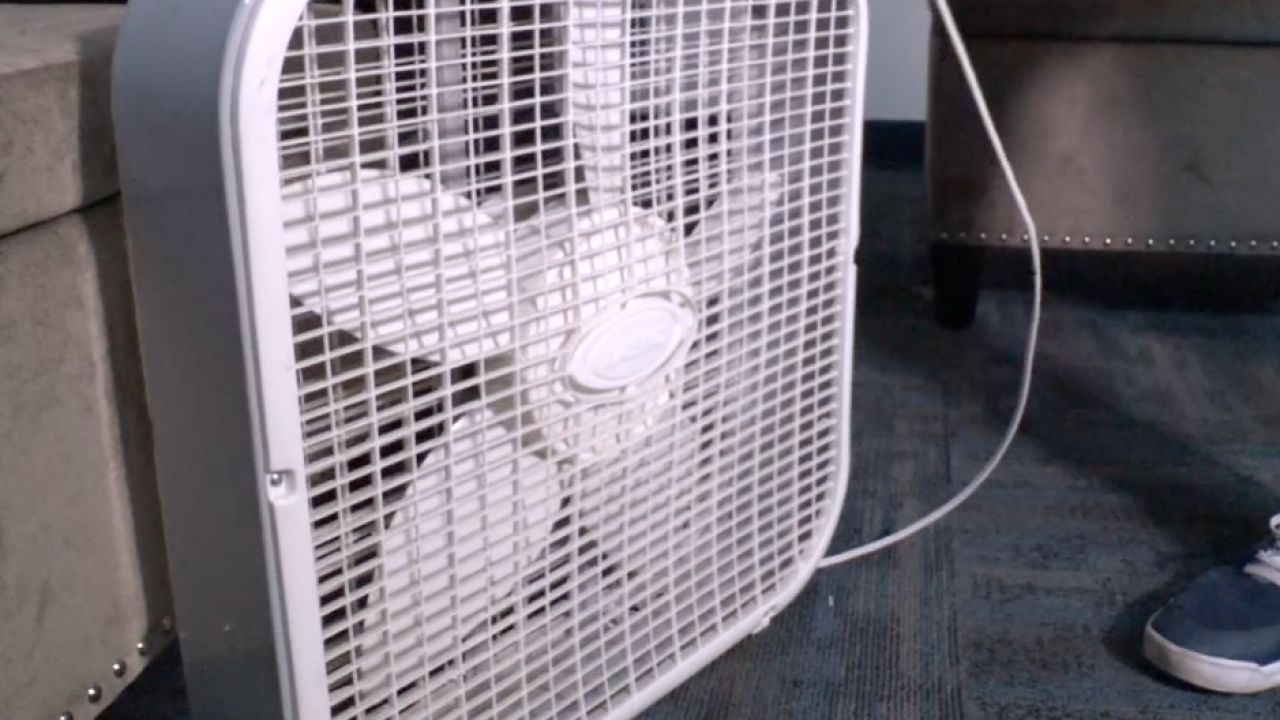 CLEVELAND — If you don’t have air conditioning, you may be thinking that a box fan is the next best thing. However, when the humidity is high, fans could be doing more harm than help.

Doctors say fans don’t remove humidity. In fact, they are just blowing hot air — which can cause problems.

The circulation of hot air evaporates the moisture and sweat already have on the body. Sweat is the body’s way of regulating your body temperature — when the sweat evaporates, it can cause dehydration and electrolyte imbalances.

If dehydration climbs, it can increase the risk of heat exhaustion or stroke.

The elderly and young kids are most susceptible to heat-related illnesses because their bodies have a harder time regulating their temperatures.

Dr. Baruch Fertel with the Cleveland Clinic said those that don’t have A/C, still have options.

“You actually need a cooling mechanism to lower the temperature. So, maybe adding a little mist could help, but ideally, one would want to be in an air conditioned area,” he said. “Go to the library. Go to a mall. If you can get out, there are places that are air conditioned. Various cities and areas do set up places that have cooling centers.”

Fertel said fans aren’t bad if when combined with other cooling mechanisms like mist; cool, damp towels; or cold showers.

This story was originally published by Jessi Schultz on WEWS in Cleveland.