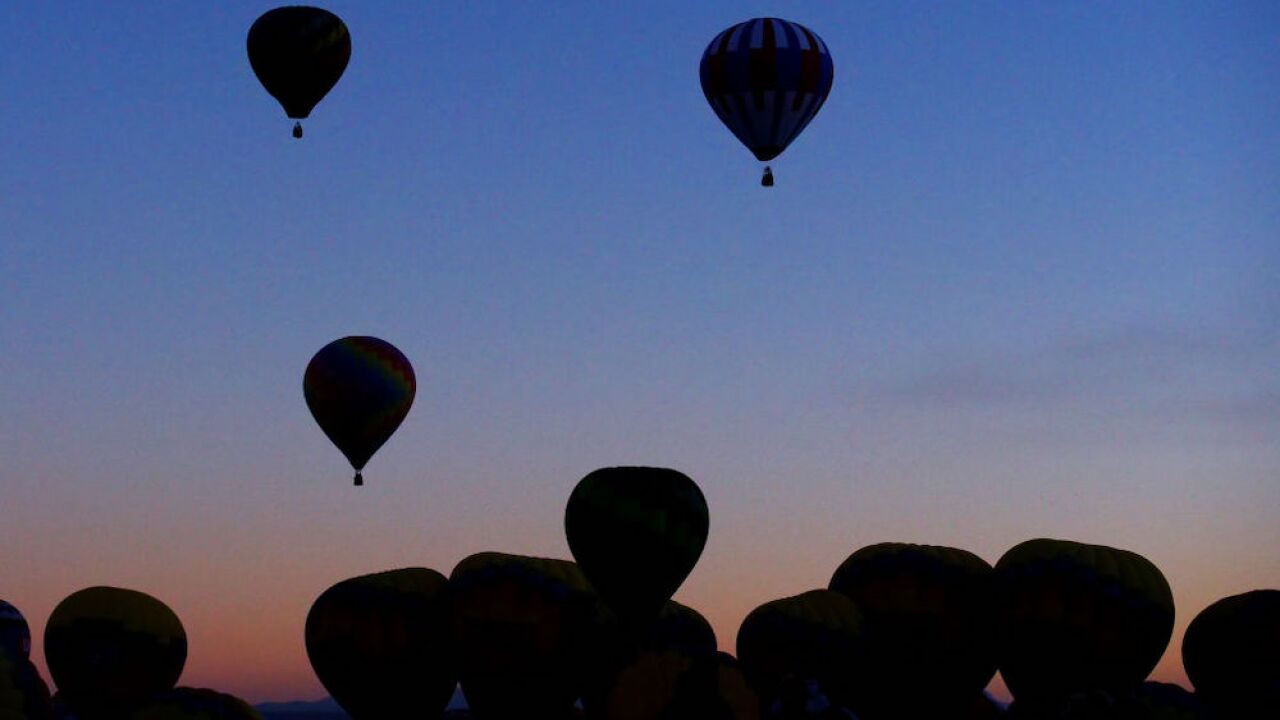 There was no official balloon launch on Saturday, opening day, because of heavy fog.

The fiesta draws pilots from around the world and from 41 U.S. states. Mass ascension was cancelled Saturday morning over the weather.

Organizers are expecting tens of thousands of spectators for opening weekend and exponentially more over the course of the nine-day event.

The spectacle has grown over nearly five decades and infuses millions of dollars into the economy each year.

The fiesta is one of the most photographed events in the world, but drones are strictly prohibited. The Federal Aviation Administration has established a temporary flight restriction zone within a 4-nautical-mile radius around the launch field.