An Incredible 3-story Candy Store Is In The Works With More Than 10,000 Candy Choices 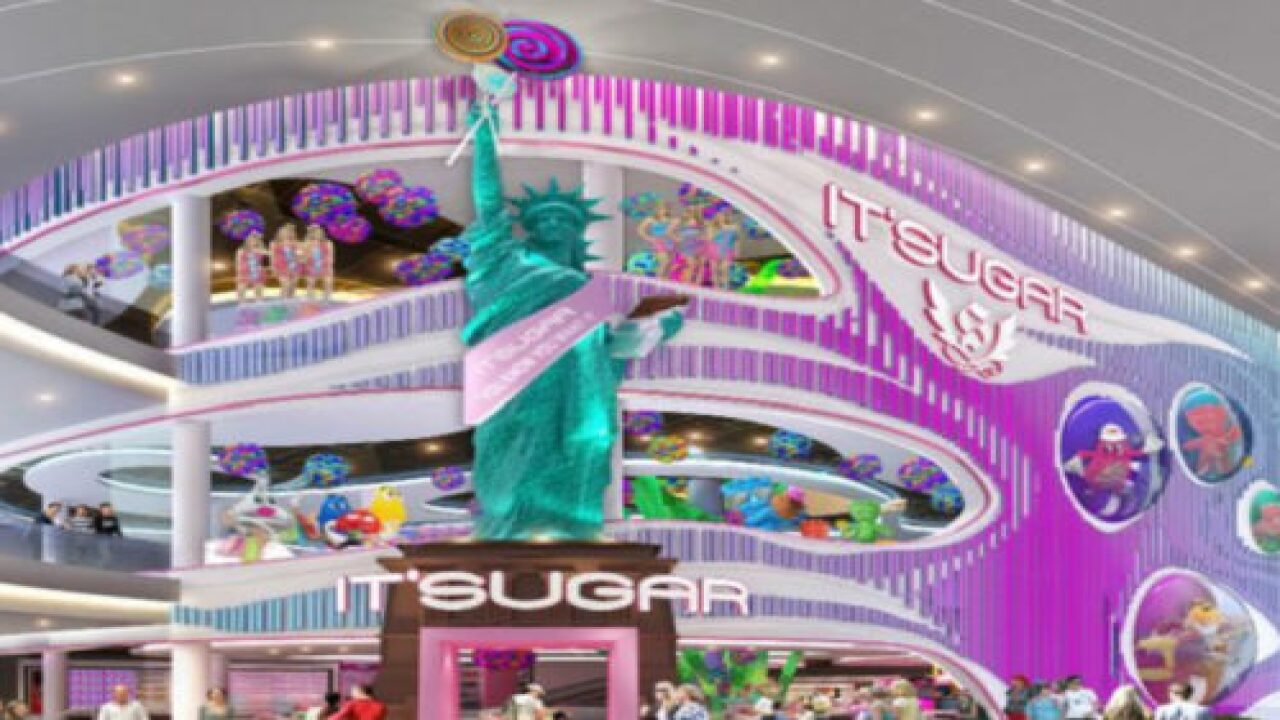 Imagine an entire building filled from floor to ceiling with candy. This may sound like a scene from the classic movie “Willy Wonka & the Chocolate Factory,” but soon, candy connoisseurs can live the dream in East Rutherford, New Jersey.

Candy retailer It’Sugar will open a three-story, 22,000-square-foot location as  part of the city’s mega-entertainment complex known as American Dream, While It’Sugar has more than 100 locations around the United States, this store will be the sweetest of them all and its size will make it the world’s largest non-manufacturer candy store.

Standing proudly at the entrance of the mega candy store will be a 60-foot replica of the Statue of Liberty, made entirely out of candy, of course.

“This concept has been a dream of mine for over 25 years and our IT’SUGAR team is thrilled to partner with American Dream to finally make it a reality,” says IT’SUGAR Founder and CEO Jeff Rubin.

With more than 10,000 types of candy, customers will have plenty of options with which to fulfill any kind of candy fantasy they may have, though it should be noted that It’Sugar specializes in giant versions of classic confectionaries.

Do you like Sour Patch Kids? How about an almost a 2-pound box to tide you over?

If Sour Patch Kids aren’t your thing, don’t worry. You can find anything from giant chocolate bars and Rice Krispie Treats to lollipops and other bagged candies.

“We’ve all heard the expression ‘like a kid in a candy store’ – but this larger-than-life candy experience will exceed all expectations for those who are young and young at heart,” said Don Ghermezian, CEO of American Dream.

The It’Sugar megastore has a prime location. American Dream is poised to be one of the country’s largest shopping and entertainment centers (it’s slated to open in October). The candy shop will reside next to the DreamWorks Water Park, near the Nickelodeon Universal Theme Park and close to an NHL regulation-size ice rink.

Will this candy shop make New Jersey a must-do destination for you?