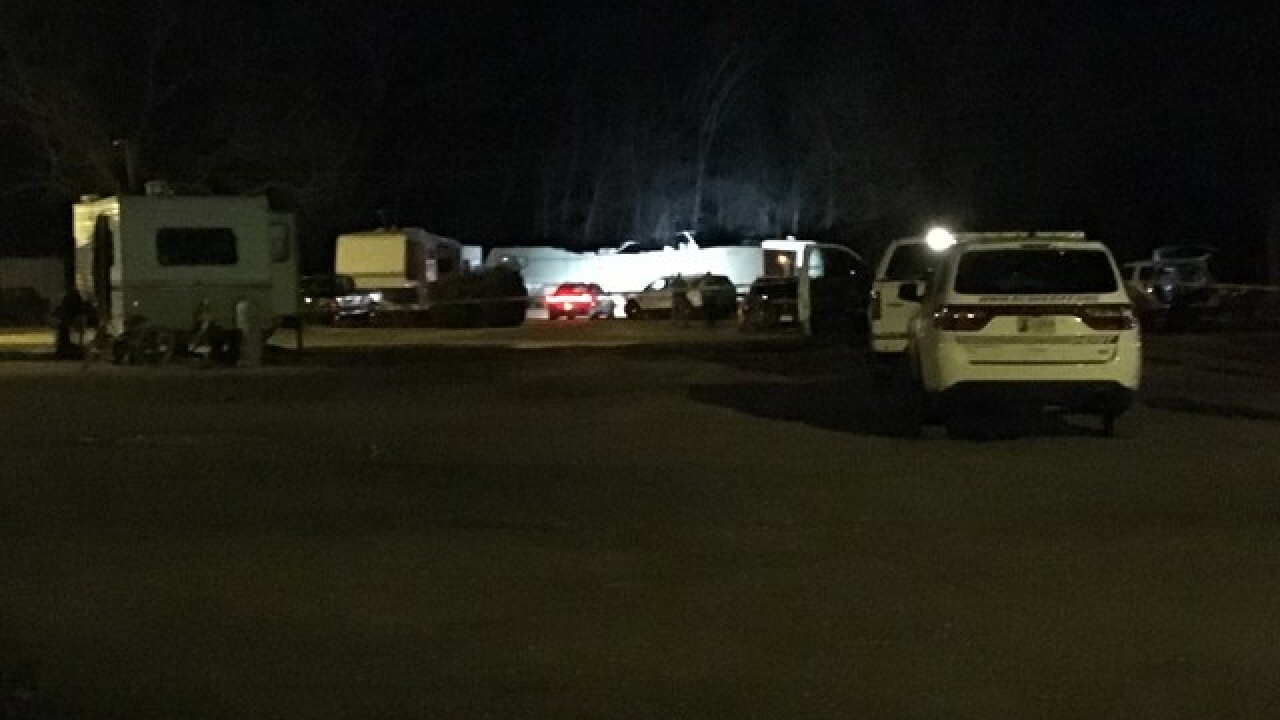 WAGONER COUNTY-- Wagoner County deputies have responded to a call where a man has barricaded himself in a house.

Officials say just before 5 pm they got a call from neighbors at 285th E Ave & 5 St where a man with a gun appeared intoxicated and began firing shots.

When deputies arrived they didn't’ see the suspect but approached the trailer to make contact.

That's when the man began shooting at deputies through the trailer.

Deputies eventually called for back up and even had a brief conversation with the man but he consistently hung up each call.

The suspect eventually opened the door and began firing more rounds at deputies with a rifle.

Deputies fired back and were confident the man had been shot.

The Oklahoma Highway Patrol Swat team and the Rogers County Sheriff department assisted in the shootout.

Officers and deputies are making sweeps to the mobile home trailer to see what they find.

The trailer park was evacuated due to the incident.

More details as they become available.