Trump repeats threat: 'I would have no problem doing a shutdown' if no action on immigration 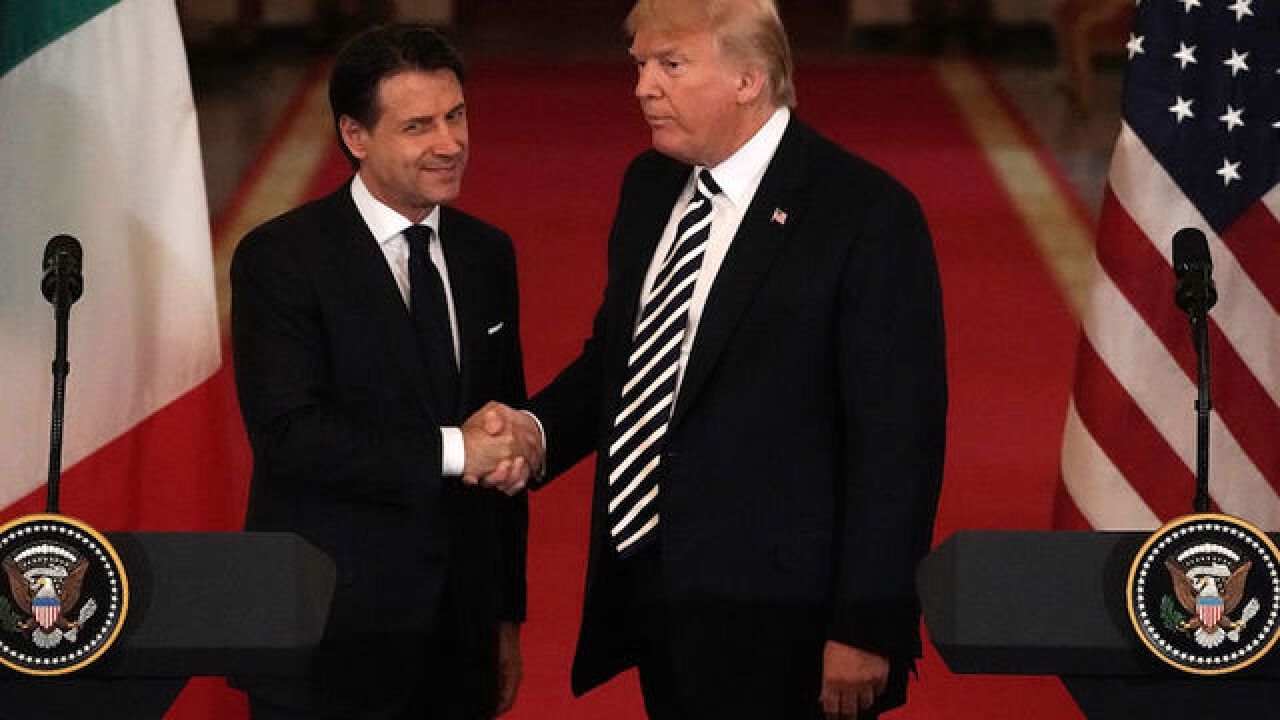 President Donald Trump reiterated his willingness Monday to allow the government to shut down this fall if he does not receive sufficient funding for border security but he declined to take a firm stance on the specific amount of money he would accept.

"If we don't get border security after many, many years of talk within the United States, I would have no problem doing a shutdown," Trump said during a joint news conference at the White House alongside Italian Prime Minister Giuseppe Conte. "It's time we have proper border security. We're the laughingstock of the world. We have the worst immigration laws anywhere in the world."

Trump's comments come after he threatened on Twitter over the weekend to shut down the government if he does not receive funding for his campaign-promised border wall from Congress.

Pressed Monday about his threat, Trump said he would "always leave room for negotiation." Trump went on to tick down a list of border security funding priorities and immigration reforms that he would like to see.

"Border security includes the wall, but it includes many other things," Trump said. "We have to end the chain (migration). We have to end these horrible catch and release principles where you catch somebody and you take their name and then you release them. We have to change our laws."

Pressed as to whether he has a red line, Trump said no.

Trump relished in the kinship with his Italian counterpart over immigration issues in his opening remarks during the joint news conference, noting that the Italian Prime Minister was recently swept into power amid mounting frustrations with the migration crisis there.

"Our countries have learned through hard experience that border security is national security -- they are one in the same," Trump said. "Italy got tired of it."

Trump said the two countries, through a "new strategic dialogue," would continue to boost joint security efforts in the Mediterranean and North Africa and would focus on "the urgent need to protect our nations from terrorism and uncontrolled migration."

"We are united in our conviction that strong nations must have strong borders," Trump said.