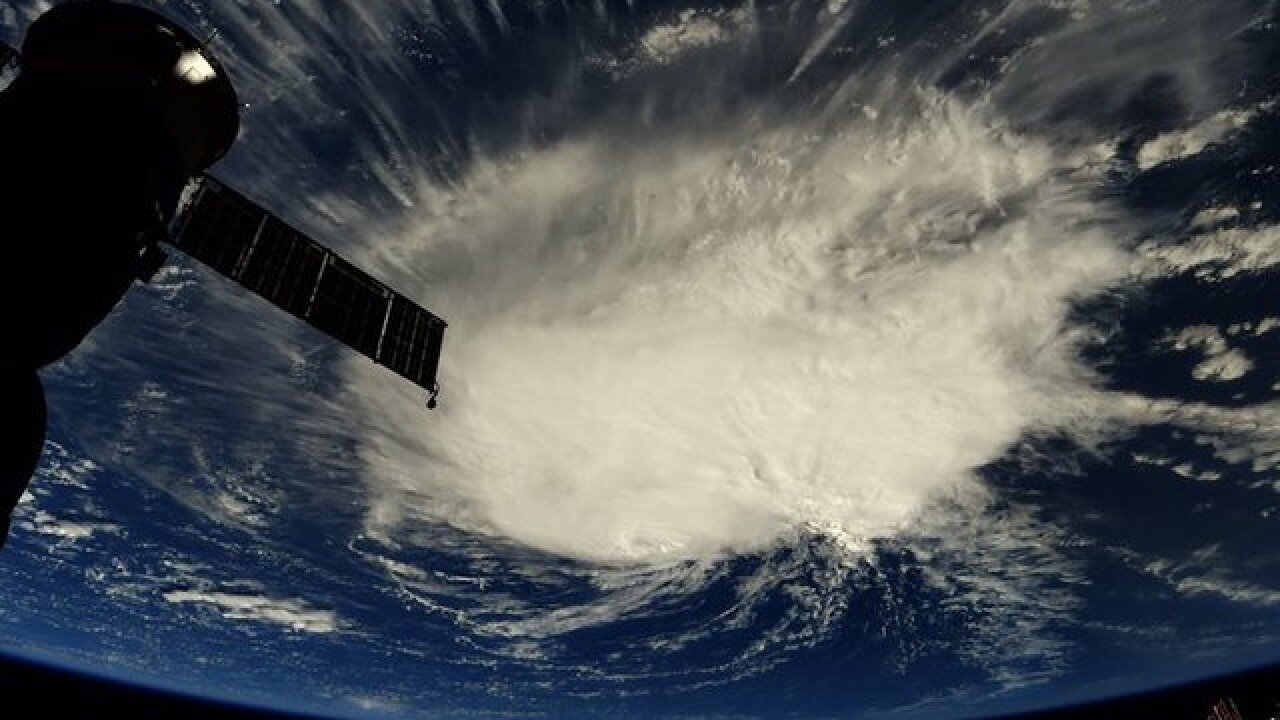 © 2018 Cable News Network, Inc.
Ricky Arnold/NASA
<p>Florence appears over the open Atlantic in an image from the International Space Station.</p>

Even for a major hurricane, Florence is a beast like no other.

A perfect storm of unfortunate circumstances means Florence could deal a devastating blow to the Southeast. Here's why this hurricane is especially dangerous:

Florence catapulted from a Category 2 to a Category 4 hurricane over the span of several hours. Even scarier: It could get more intense as it gets closer to the Carolinas.

"This storm is going to get stronger before it makes landfall," CNN meteorologist Chad Myers said.

As of Tuesday morning, Florence was hurling 130-mph winds. Before it pummels the US coastline, Florence could become close to a Category 5 storm -- meaning winds could approach 157 mph.

2. The deadly walls of water

Storm surge is basically a wall of water that could swallow parts of the coast.

"This will have a storm surge in the 20-foot range," Myers said.

3. It could cause massive inland flooding

Aside from that mammoth coastal flooding, Florence will likely inundate cities far inland as well.

Florence is on track to slow down significantly after landfall. And the longer a hurricane hovers over land, the more rain it dumps on the same place.

"With this storm, what's unique is it's forecast to stall ... dropping copious amounts of rainfall across the Carolinas and into Virginia," Long said. "So this is not just going to be a coastal threat. It's a statewide threat for the states involved."

Some areas could get deluged with 20 inches of rain, Myers said.

The problem is, much of the Carolinas are already saturated from rainfall. So the land can't absorb much more water.

"Inland flooding will be a major threat and something people far from the landfall location should be concerned about," CNN meteorologist Brandon Miller said.

4. It's barreling toward people not used to big hurricanes

If the latest forecast holds, Florence will strike farther north on the East Coast than any other Category 4 hurricane in history.

The Carolinas will likely bear the brunt of Florence's wrath. But that part of the East Coast rarely sees any major hurricanes.

And in the 29 years since Hurricane Hugo struck, the population of the coastal Carolinas has skyrocketed.

"Many of the people here have never seen a storm this strong," Myers said.

Even Wilmington, North Carolina -- a coastal city accustomed to severe weather -- is bracing for an unusually brutal impact.

"We're a resilient bunch down here. We go through a lot of these hurricane scares throughout the years," Wilmington Mayor Bill Saffo said. "But this is pretty serious."

He warned residents to take precautions "because once this storm is upon us, we're not going to be able to send emergency personnel out to rescue you."