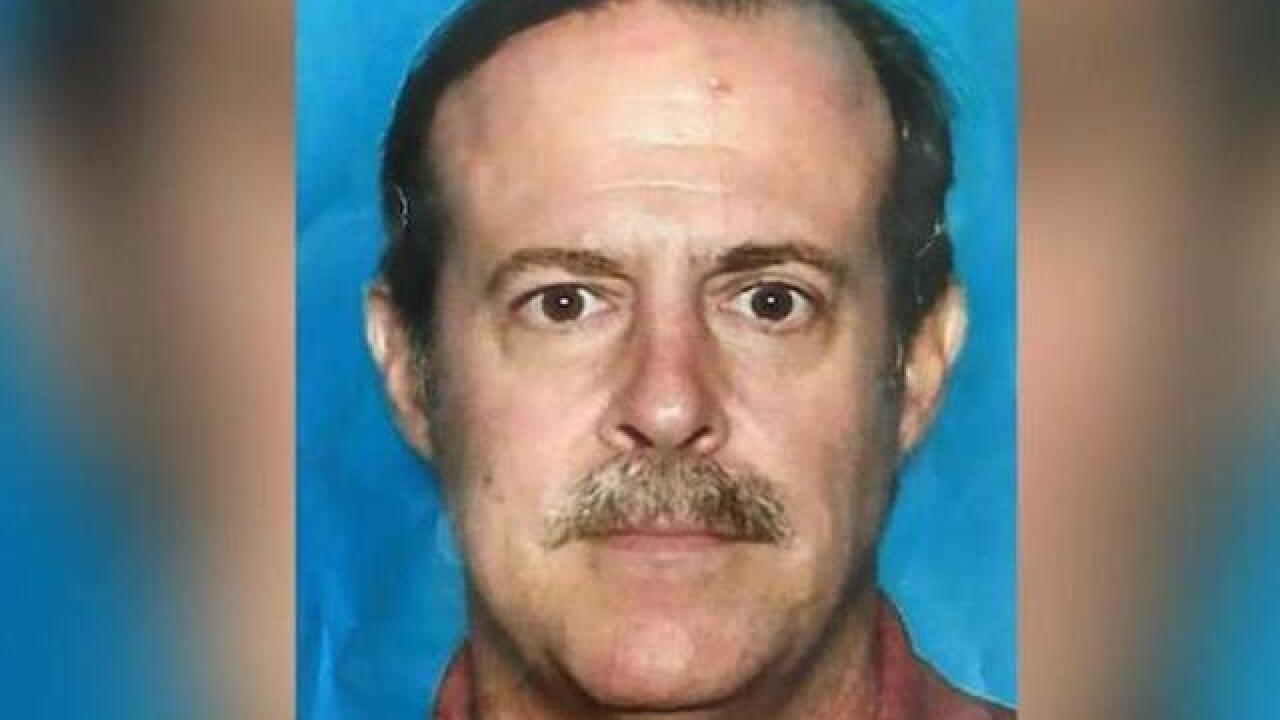 The man suspected of killing a prominent Houston doctor in broad daylight two weeks ago fatally shot himself in the head as two police officers confronted him on Friday morning, Police Chief Art Acevedo said.

Joseph Pappas, wearing a bulletproof vest under his shirt, killed himself outdoors in a tree-lined residential area northwest of his Houston home, shortly after a city employee reported seeing Pappas and finding a wallet he'd left on the ground, Acevedo said.

Pappas' death ends a days-long manhunt for the 62-year-old real estate agent and former constable, who investigators say painstakingly planned the killing of Dr. Mark Hausknecht, possibly as revenge for his mother's death 20 years ago under the doctor's care.

Pappas wasn't complying with the commands of the first officer who arrived, and the second officer's arrival might have averted a shootout, Acevedo said.

"I'm very thankful that this suspect ... committed suicide. You don't normally put on a bulletproof vest" when you're thinking of killing yourself, the police chief told reporters.

Houston Mayor Sylvester Turner praised police and the public for bringing about an end to the case.

"The potential threat to the city from an accused murderer considered armed and dangerous is now over, closing another chapter of this horrific tragedy. And once again it involved heroic acts by frontline officers of the Houston Police Department, which has my gratitude for how it has handled this case and so many others.

"But they could not have succeeded in this case without information and support from members of the public. I encourage everyone who has information about pending and future cases to come forward and help our city save lives," the mayor said in a statement.

Police said Pappas and Hausknecht were on their bicycles in Houston on July 20 -- with Pappas following as Hausknecht pedaled to work -- when the suspect rode past the physician, turned around and fatally shot him.

Authorities had been looking for Pappas since Tuesday, when a tipster told investigators Pappas appeared to be the cyclist in the surveillance video police released from the day of the shooting.

Since then, witnesses have told police that Pappas had transferred the deed to his home to an acquaintance and sent messages indicating he was preparing to kill himself.

Police found Pappas after a parks board employee called authorities shortly before 9:30 a.m. CT Friday to say he'd seen the suspect -- and had found a wallet with Pappas' ID that he apparently had left on the ground. The witness said he or she was checking an area for graffiti when he encountered Pappas, and Pappas started walking away, Acevedo said.

"(The witness) actually yelled, 'Hey, I'm sorry, I thought you were a graffiti vandal,'" and Pappas kept walking, the chief said. The witness said he then found Pappas' wallet, recognized him as a suspect in the doctor's killing, and called police.

Pappas may have been camping, entering for-sale homes, police say

Investigators are looking into reports that Pappas, who had a backpack with him, may have been camping -- possibly an attempt to hide out after police searched his home, Acevedo said.

Pappas also appears to have been using a special key -- one that real estate agents like him use to access homes listed for sale -- to get into houses in the area, Acevedo said. The key "leaves an electronic footprint," the chief said.

"We can tell you he used that key four times ... and we actually checked all those houses out," Acevedo said.

The chief didn't say which homes Pappas visited, when he visited them, what he did there, or whether anyone else was present at the time.

Hausknecht, a prominent surgeon and former cardiologist for President George H.W. Bush, performed an operation on Pappas' mother 20 years ago, and the mother died on the operating table, police have said.

Investigators who searched Pappas' home this week "found plenty of evidence that ... showed an extreme interest by (Pappas) in the doctor," Acevedo told CNN on Thursday.

"If you think about his fascination with the doctor and the fact that he ends up killing this man in cold blood, the only thing we can think of is the connection between his mother dying over 20 years ago during surgery," Acevedo said. "... We can't say definitively that that's the motivation behind this killing, but there's nothing else that would explain it."