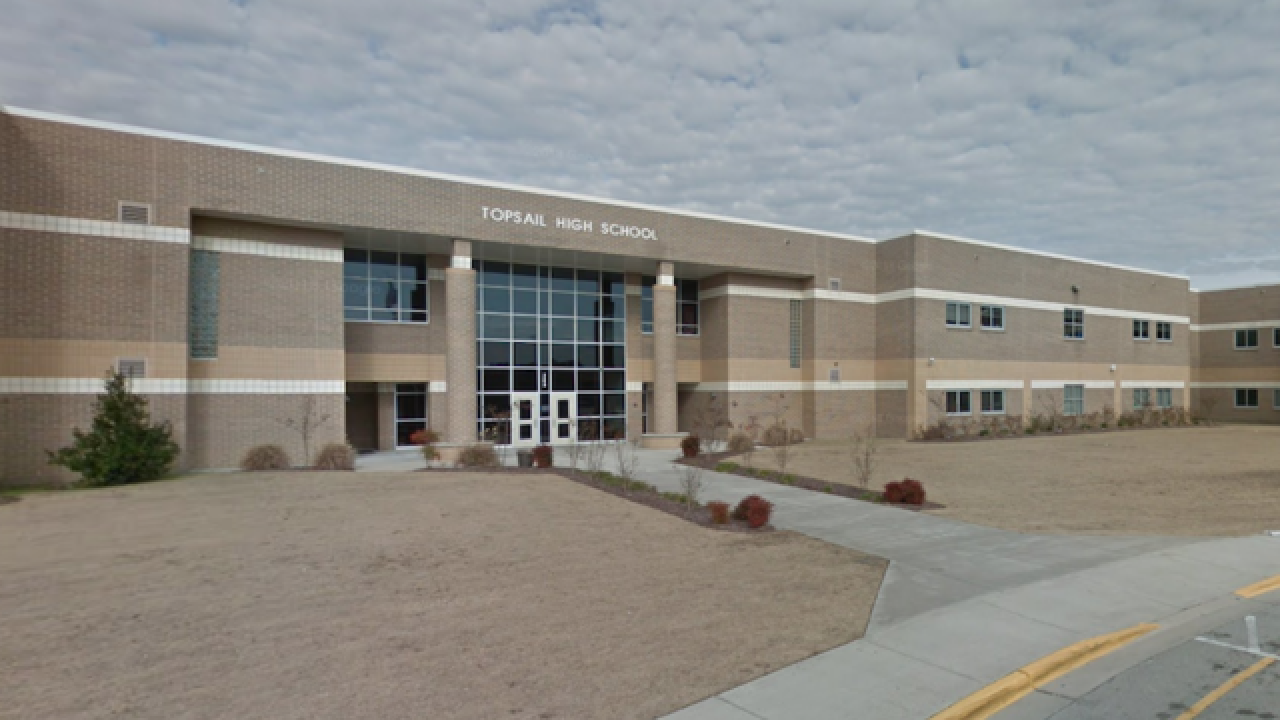 Copyright 2018 Scripps Media, Inc. All rights reserved. This material may not be published, broadcast, rewritten, or redistributed.
<p>Topsail High School</p>

Sounds of gunfire prompted emergency calls and a lockdown at a North Carolina high school, but a public information officer says there is currently no evidence of an active shooter.

Officials with the Pender County Sheriffs' Office are still searching Topsail High School as a precaution, and Pender Schools remain on lockdown.

The high school went into lockdown at 6:30 a.m. ET due to reports of the sounds of gunfire. Pender Schools confirmed in a tweet that it was investigating an active shooter at Topsail High School at about 8 a.m. It added that all of the district's campuses on the "eastern side of Pender County" are on lockdown.

Pender Schools later confirmed that the noises "from the top of the building" were mistaken for gunfire. They added that it was determined that there was no weapon and no shooter.

There currently are no reports of injuries.