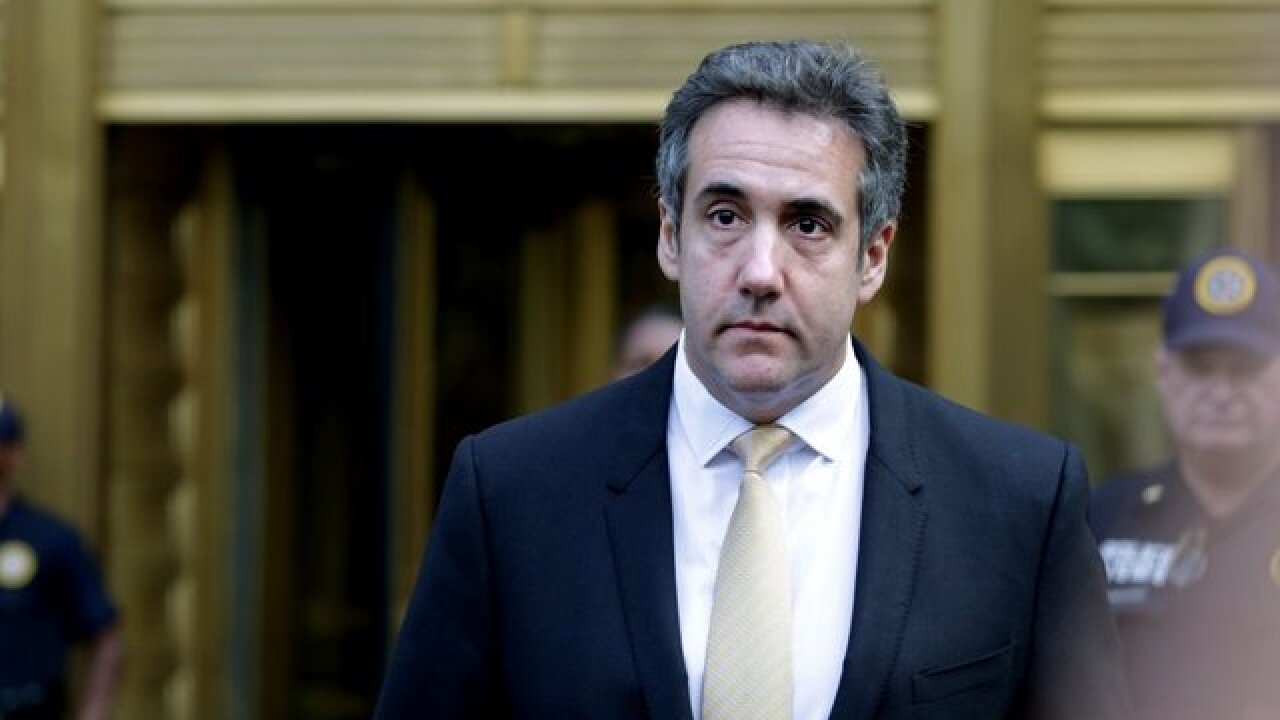 In separate filings, prosecutors from special counsel Robert Mueller's office and the Southern District of New York outlined their cases for Cohen's future.

In August, Cohen pleaded guilty to eight federal crimes after being charged by Manhattan federal prosecutors. Those included tax fraud, making false statements to a bank and campaign-finance violations tied to his work for Trump, including payments Cohen made or helped orchestrate that were designed to silence women who claimed affairs with the then-presidential candidate. Trump has denied those claims.

Cohen was subsequently charged last week by the special counsel's office with one count of lying to Congress.

"After cheating the IRS for years, lying to banks and to Congress, and seeking to criminally influence the Presidential election, Cohen's decision to plead guilty -- rather than seek a pardon for his manifold crimes -- does not make him a hero," prosecutors for the southern district wrote.

In its filing, Mueller's office says that Cohen took "significant steps" to help the investigation and has accepted responsibility for his crimes. It argues any sentence he serves should run concurrently.

In pleading guilty, Cohen disclosed that talks about the proposed Trump Tower project in Moscow had extended through June 2016, after Trump had become the presumptive Republican nominee for president, and that both Trump and his family members had been briefed on the discussions. Cohen also acknowledged pursuing plans to send Trump and himself to Russia in service of the project and discussing the proposed development directly with a representative of the Kremlin.

In the special counsel case, Cohen was given a cooperation agreement, with prosecutors agreeing to alert US District Court Judge William Pauley III to "the nature and extent of the defendant's cooperation with this office."

Special counsel prosecutors indicated in court papers that Cohen had met with their office seven times, and Cohen's attorneys later disclosed in their own filing that Cohen had also met twice with New York federal prosecutors to assist in their ongoing investigative efforts, as well as with the New York attorney general's office on two matters, including its lawsuit against the Donald J. Trump Foundation. Additionally, they said, he assisted with requests for information from the New York State Department of Taxation and Finance, which has been examining the Trump Organization.

The Cohen cases are being considered together for sentencing purposes. In the New York federal case, the stipulated guideline range of Cohen's prison term is between 46 and 63 months with a range of fines of between $20,000 and $1 million, although that was determined before Cohen had received a cooperation agreement from the special counsel's office.

The judge can deviate from the guidelines when he determines Cohen's sentence. Cohen's attorneys have asked the court to give him no prison time.

In a filing, Cohen's attorneys emphasized that his cooperation required exceptional "fortitude" due to the unusual circumstance in which the inquiry he has been seeking to assist -- the special counsel's investigation -- has been routinely condemned by Trump.

"Michael is cooperating in a setting in which the legitimacy of the [special counsel's] investigation -- and the rationale for its very existence -- is regularly questioned publicly and stridently by the President of the United States," Cohen's attorneys wrote.