Why you shouldn't panic about the market meltdown (yet) 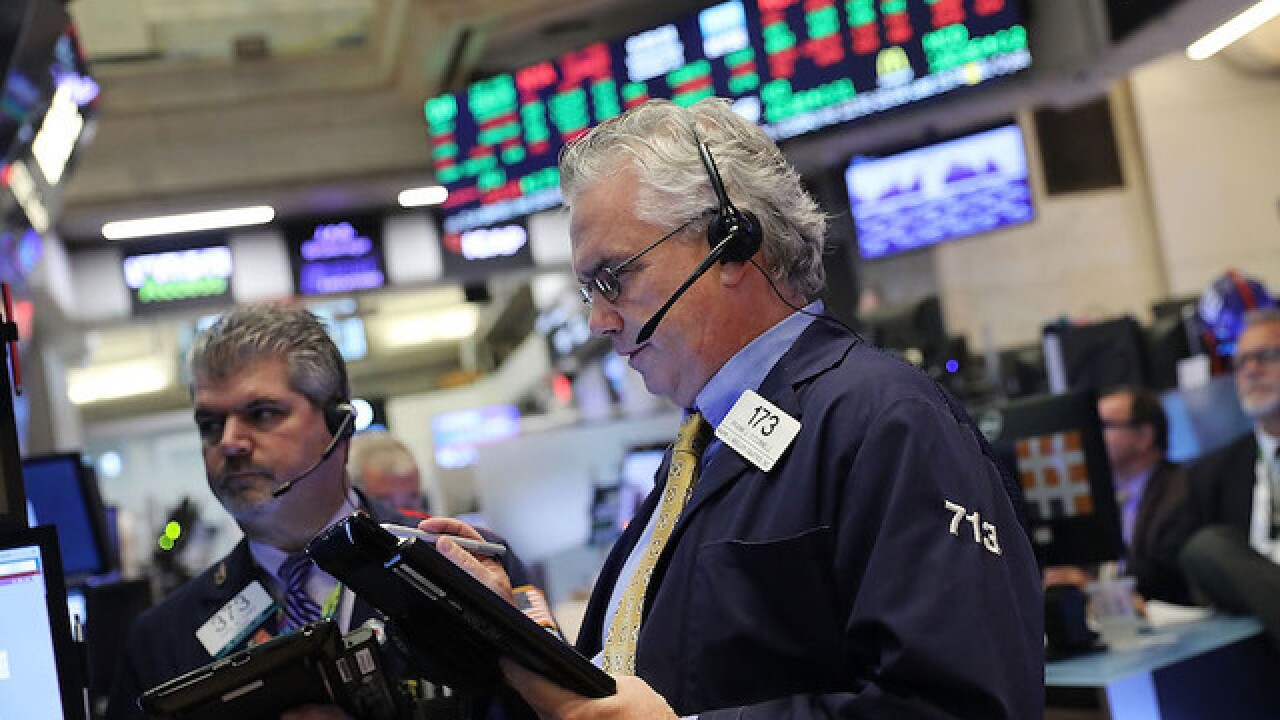 Copyright Getty Images
Spencer Platt
<p>NEW YORK, NY - OCTOBER 11: Traders work on the floor of the New York Stock Exchange (NYSE) on October 11, 2017 in New York City. The Dow Jones Industrial Average was up 4.04 points, or 0.02 percent, at 22,834.72 in morning trading as investors wait for third quarter results from many large banks on Thursday. (Photo by Spencer Platt/Getty Images)</p>

Global stock markets are a sea of red, but investors shouldn't start panicking just yet.

A historic drop in the Dow on Monday was followed by more heavy selling in Asia and Europe on Tuesday. The sudden plunges come after a strong rally for global stocks in 2017, raising the question of whether the party is over.

Many experts say this week's slump is likely to be a short-term blip and not cause for bigger concerns. Here's why:

Firing on all cylinders

The global economy is in good shape.

"As long as recession is unlikely in the U.S. and globally, it's likely to just be a correction," said Shane Oliver, head of investment strategy at money manager AMP Capital.

And there's no talk of recession among economists.

In the U.S., unemployment is at a 17-year low. Average hourly wages went up last month the most in eight years. Consumer and business confidence are near record levels.

That counts for a lot more than a few days of losses on Wall Street.

"Listed companies are not very important economically," said Paul Donovan, global chief economist at UBS Wealth Management, adding that they account for "a minority of employment and economic activity."

Plunging markets can make for unhappy reading of your stock portfolio or pension -- but a short-term dip shouldn't be a reason to freak out.

"The wealth effect on consumers is important, although labor markets can outweigh that," Donovan said. "Most Americans have a job. Almost half of Americans do not own equity."

It's not just the U.S. that's doing well. Europe has also been firing on all cylinders. And the World Bank and International Monetary Fund both recently gave upbeat outlooks for the global economy this year.

What to look out for

Signs of trouble ahead would include high inflation, rapidly rising interest rates and runaway property prices.

"So far we are seeing none of that," Oliver said. And as long as we don't, he thinks stock prices should keep rising.

Ric Spooner, chief markets analyst at stock broker CMC Markets, said that he's keeping an eye on the "real economy" to figure out where stocks are headed. That means industries like manufacturing and construction.

To do that he watches the price of copper. The metal is used in everything from new houses to electronics and power generation.

"If we start to see it making meaningful declines, that would be bad sign," Spooner said. The price of copper is up roughly 20% over the past year. Since the start of 2018, it's fallen about 3%.

One big thing that has investors spooked this week is the prospect of interest rates rising more quickly than expected. But in theory, that shouldn't be alarming.

"The rise in interest rates is a result of healthy economic growth," wrote Larry Adam, global chief investment strategist at Deutsche Bank Wealth Management, in a note to clients Tuesday.

Higher interest rates can hit corporate profits and slow down economic growth if companies and consumers become less willing to borrow money in order to spend or invest it.

Investors currently expect the Federal Reserve to hike rates several times this year. But even if that happens, rates will remain fairly close to the historic lows of recent years.

The new Fed chairman, Jerome Powell, is unlikely to make a "rookie mistake" and move too quickly, Adam said.

Some say it's even time to buy

For bolder investors, this week's plunge could be an opportunity to go shopping for bargains in the stock market.

Rob Carnell, head of Asia-Pacific research at investment bank ING, said that investors still have plenty of spare cash they're looking to put into the markets.

If and when they do, markets could soon pick up again.

"If you are not quick, you will miss out on what will probably be the biggest market move this year," he said.