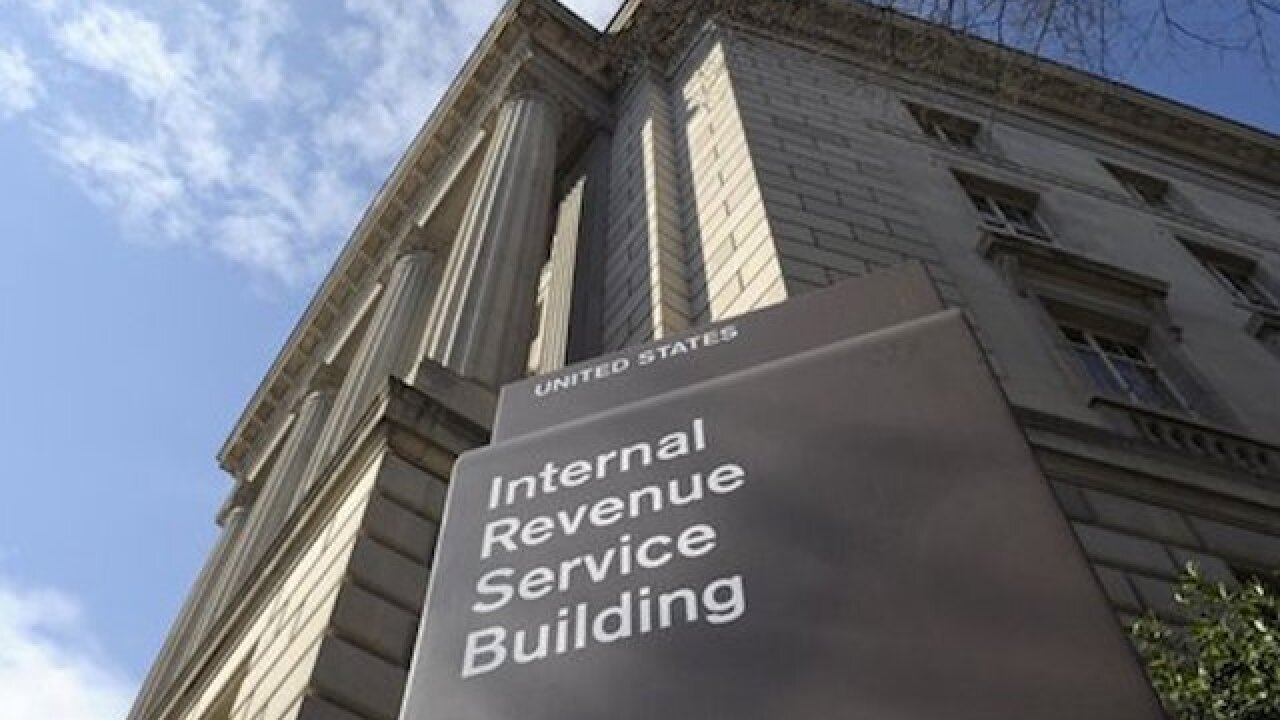 Copyright Associated Press
Susan Walsh
<p>In this March 22, 2013 file photo, the exterior of the Internal Revenue Service (IRS) building in Washington. Got a question for the IRS on your taxes? Online may end up being the only answer. The IRS may soon dramatically scale back telephone and face-to-face service as part of a future plan that would focus more on online accounts for the 150 million individual taxpayers and 11 million businesses seeking help and information, the agencyís official watchdog warned. (AP Photo/Susan Walsh, File)</p>

WASHINGTON (AP) — Got a question for the IRS about your taxes? The agency is pushing you to fire up your computer rather than give them a call.

The IRS may soon dramatically scale back telephone and face-to-face service as part of a plan that would focus more on online accounts for the 150 million individual taxpayers and 11 million businesses seeking help and information, the agency's official watchdog warned.

In an annual report to Congress, National Taxpayer Advocate Nina Olson said the IRS should be more open about its plans and that service cutbacks may mean an increasing number of people may have to turn to tax preparers and software such as TurboTax to file their returns.

That would increase tax compliance costs for millions of filers.

"Implicit in the plan — and explicit in internal discussion — is an intention on the part of the IRS to substantially reduce telephone and face-to-face interaction with taxpayers," Olson's report says. "The key unanswered question is by how much. ... It is incumbent upon the IRS to be much more specific about how much personal taxpayer assistance it expects to provide."

Taxpayers currently make more than 100 million calls a year to the IRS and more than 5 million visits to the agency's walk-in assistance centers.

Olson said millions of taxpayers don't go on the Internet and millions more are reluctant to share sensitive information online, as envisioned by an IRS plan for its future operations that's been under development for a year-and-a-half.

The agency has scaled back taxpayer services as it has put in place budget cuts imposed by Republicans in Congress. As a result, many calls to IRS information centers go unanswered and those who do get through get answers to only the simplest questions. The agency also no longer helps low-income taxpayers file their returns and it conducts fewer audits.

After adjusting for inflation, Congress has cut the agency's budget by about 19 percent since 2010. Last month, Congress finally gave the agency a budget boost, including $290 million in additional money for taxpayer assistance.

Olson's warnings stem from limited public pronouncements about the agency's planning and internal IRS discussions. She said the IRS should make its plans public.

"We believe it is critical that the IRS share its plans in detail ... and then engage in a dialogue about the extent to which it intends to curtail or eliminate various categories of telephone service and face-to-face service, whether it will provide sufficient support for taxpayers," the report said. "And whether it has an adequate 'Plan B' if taxpayer demand for telephone and face-to-face service remains higher than the IRS anticipates."