Are we at risk of another housing crisis? 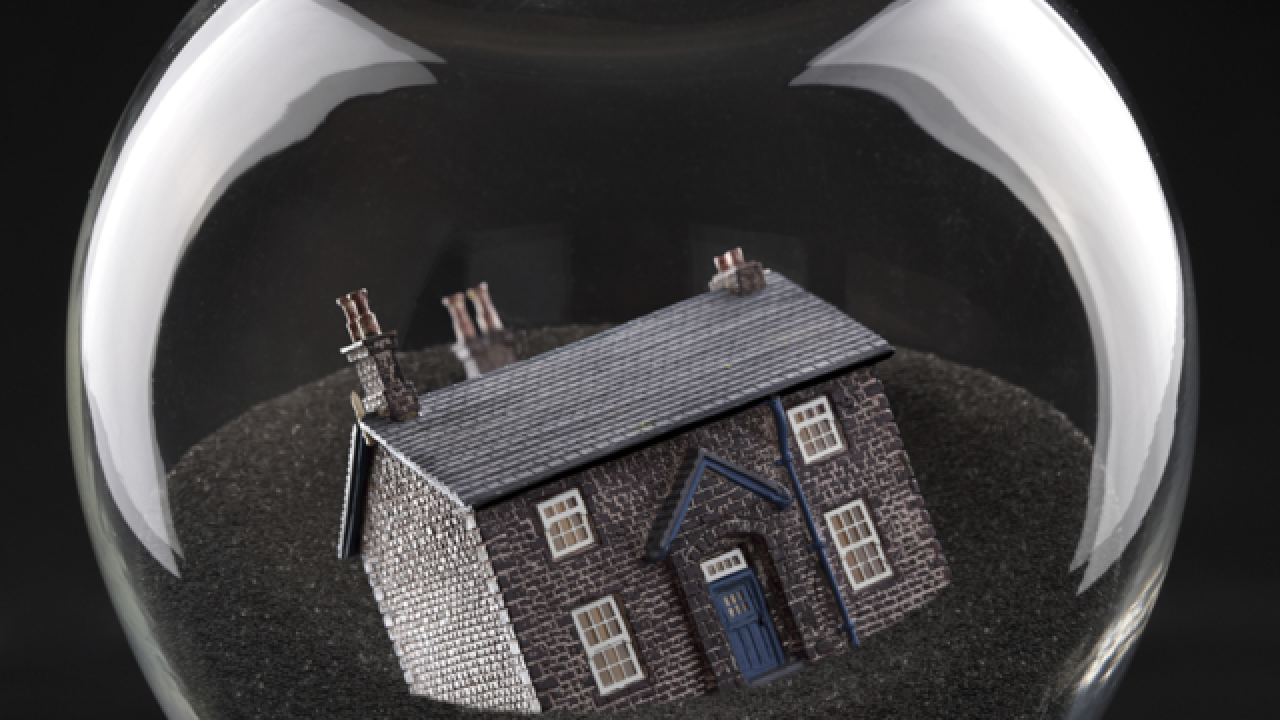 The National Mortgage Risk Index (NMRI), created in November 2012, is a measure of housing market risk devised by the International Center on Housing Risk at the American Enterprise Institute (AEI). It is intended to determine the ability of the housing market to withstand stresses similar to the 2007 financial crisis, and therefore act as a warning bell to prevent a future housing crash.

NMRI is presented monthly as a percentage value, representing how many current mortgages would be expected to default with the return of the financial conditions of 2007. The index is determined by comparing current government-backed loans to the performance of loans with the same risk profiles during the financial crisis. Each of the government backing agencies — Fannie Mae, Freddie Mac, Federal Housing Administration (FHA) Rural Housing Service (RHS), and the Veteran's Administration (VA) — has an individual risk number assigned, and all five numbers are assigned into a composite score.

The composite NMRI value for April 2016 was 12.59%, which is the highest value it has ever reached. For the most part, the NMRI has been on a steady upward trend since a trough of 10.35% in August 2013. Higher-risk FHA and RHS loans have an index of 24.04% and 19.44% respectively, but it is the risk increase in the larger number of Fannie/Freddie backed loans (6.37% combined) that is driving the composite upward.

Attempting to refine the risk assessment further, AEI created a new style of MRI called the First-Time Buyer Mortgage Risk Index (FBMRI) to study this higher-risk category. That value reached 15.8% in April, compared to a 10.4% risk for repeat buyers. Both are the highest values ever registered.

The AEI's report on NMRI contains multiple red flags for today's housing market, starting with first-time homebuyers — but first, it's important to note a difference in the definition of "first-time homebuyer" between the NMRI and the National Association of Realtors (NAR). The NMRI includes a much larger set because it relies on compiled data instead of survey responses, and it considers those who owned a home over three years ago (but not since then) as first-time buyers. For example, those who lost their homes at the beginning of the housing crisis and have been renting since then would be considered as first-time homebuyers when they re-enter the market.

The combined share of first-time buyers for both government-backed and private sector loans using this definition, known as the First-Time Buyer Mortgage Share Index (FBMSI), rose to 52.9% of home sales in April. The FBMSI has been on an upward trend for some time. It's important for first-time homebuyers to enter the market and kick-start the housing cycle, but they are doing so in a very tight market.

Inventories for both new and existing single-family homes are at 4.7%, well below the 6% considered to be a balanced market. Prices are rising as a result and outpacing income for entry-level homebuyers, forcing them to take on greater collective risk to purchase a home. 70% of first-time homebuyers had a combined loan-to-value (CLTV) ratio of 95% or higher (meaning 5% down payment or less). 28% of first-time homebuyers had debt-to-income (DTI) ratios greater than 43% (the limit under the Qualified Mortgage rule) and 22% had a FICO credit score below 660 — flirting with the boundaries of subprime mortgages.

Does this mean another housing crisis in the future? It's certainly possible. One of AEI's Charts of the Month for June shows the similarities between the early years leading up to the housing crisis and the current situation. We have been in a seller's market for 43 months, home prices are beginning to surge, and loan volumes are increasing. The leverage of the current seller's market is similar to that of the early years of the boom that preceded the housing crisis (1998-2001).

There is no guarantee that a housing crisis will follow in four or five years from now. New regulations are in place to decrease the likelihood of another bubble and crash, and oversight has improved considerably. Nevertheless, it would be foolish to ignore the NMRI and other indicators that suggest the housing market could be headed toward another cycle of untenable risk. We Americans learned some lessons in the housing crisis, but that doesn’t mean that we won't repeat them.