The Senate has approved legislation to temporarily fund the government and avoid a federal shutdown over President Donald Trump's border wall. Senators passed the measure on voice vote Wednesday without a roll call. It goes next to the House.
Posted: 9:23 PM, Dec 19, 2018
By: AP 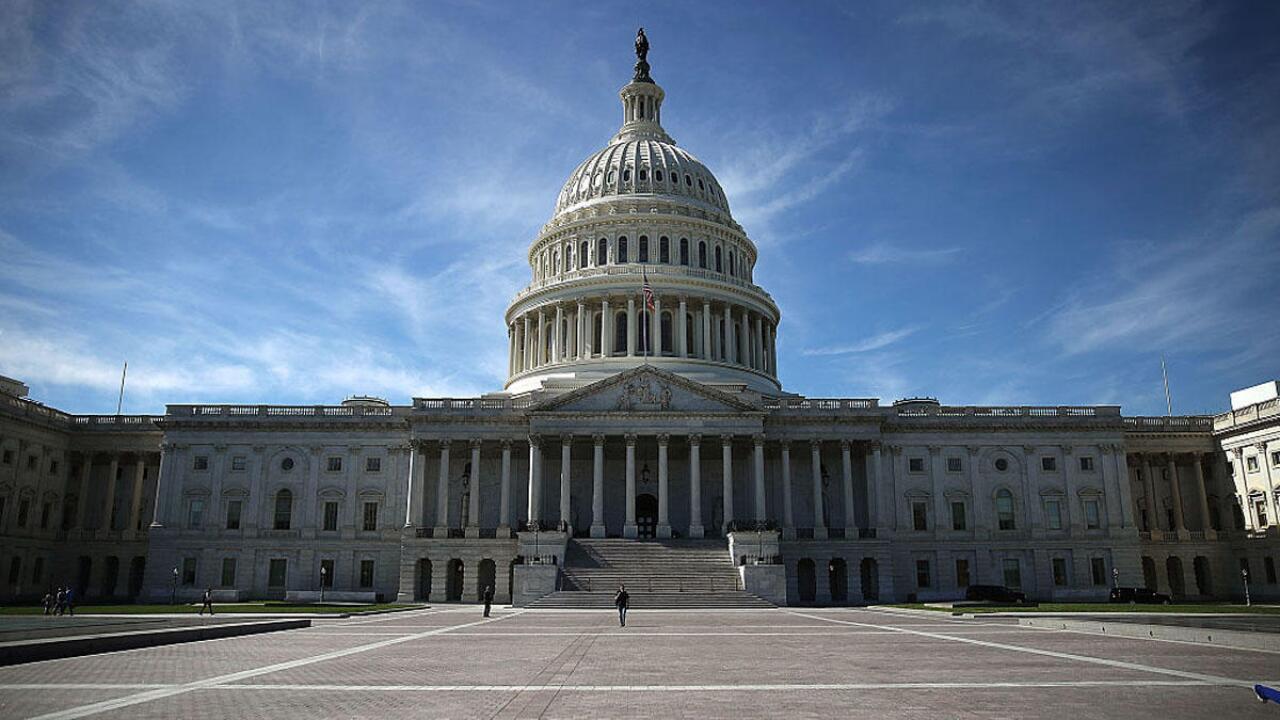 WASHINGTON (AP) — The Latest on the fight over funding for a U.S.-Mexico border wall and a potential partial government shutdown (all times local):

The Senate has approved legislation to temporarily fund the government and avoid a federal shutdown over President Donald Trump's border wall.

Senators passed the measure on voice vote Wednesday without a roll call. It goes next to the House. Congress faces a Friday deadline when funding for part of the federal government expires.

Trump has not yet said he will support the measure, but the White House says he'll take a look.

It does not provide $5 billion Trump wanted for the wall. Instead, it funds border security and other agencies at current levels through Feb. 8.

Without resolution, more than 800,000 federal employees could be furloughed or ordered to work without pay days before Christmas.

Voting was pushed back to late Wednesday and some senators sang Christmas carols in the chamber.

The leader of the conservative House Freedom Caucus is urging President Donald Trump to veto a stopgap spending plan that would avoid a partial government shutdown set to begin early Saturday.

Rep. Mark Meadows, a North Carolina Republican, said Trump's political base "will just go crazy" if he signs a spending bill that does not include money for his long-promised border wall with Mexico, a central part of Trump's 2016 campaign.

Just last week Trump said he would be "proud" to shut down the government over his demand for $5 billion for the wall.

Meadows says signing a bill without wall funding would do "major damage" to Trump's re-election campaign, saying Trump's supporters "believe it's a promise that he's been telling them that he will keep."

A vote on a stopgap spending plan that would avoid a partial government shutdown is being delayed as senators debate whether to reauthorize a popular program that supports conservation and outdoor recreation projects across the country.

A bipartisan group of lawmakers, mostly from the West, are seeking to include language in the budget deal reauthorizing the Land and Water Conservation Fund. If that proves impossible, lawmakers hope to extend the program in a separate bill addressing a maintenance backlog at national parks and other public lands issues.

Republican Sen. Richard Burr of North Carolina, a leading advocate of the conservation fund, says he and other lawmakers are working to reauthorize the program before Congress adjourns for the year.

But he adds, "I'm not advocating closing down the government."

Senate Democratic leader Chuck Schumer says it's good news that President Donald Trump has apparently retreated from his demand that Congress pay for a border wall with Mexico.

Schumer said Wednesday that Democrats prefer to find a way to fund all government agencies through Sept. 30, but will support a plan by Senate Republicans for a stopgap measure to continue funding the government until Feb. 8. The plan averts a partial shutdown that could begin at midnight Friday.

Senate Majority Leader Mitch McConnell says the Senate will vote on the bill Wednesday. He calls it "a simple measure" to show Republicans are governing.

Schumer called shutting down the government over Christmas "a terrible idea, one of the worst to come down the pike in a very long time."

McConnell says the Senate will vote on the bill Wednesday. He calls it "a simple measure" to show that Republicans are governing.

Congress faces a Friday deadline to fund a portion of the government or risk a partial shutdown. Lawmakers have been at a standstill over President Donald Trump's demands for $5 billion to fund the border wall.

Conway was asked on Wednesday if Trump would back legislation in the works that would keep the government funded, likely into February, and said the president will "take a look at that certainly."

Conway argues Trump is not softening on his promise to secure the U.S.-Mexico border. Trump appeared to back off his demand for $5 billion to fund a border wall on Tuesday after days of impasse with Congress. Without agreement, a partial government shutdown would happen Friday at midnight.

The White House has said it's looking at other avenues to fund the wall.

Trump tweeted Wednesday: "One way or the other, we will win on the Wall!"

Democrats earlier proposed keeping funding at $1.3 billion for border security fencing and other improvements, but not for the wall.

Days of impasse over funding for a southern border wall appears to have ended with President Donald Trump signaling he's open to a deal to avoid a partial government shutdown.

The president's press secretary, Sarah Huckabee Sanders, said Tuesday that Trump would consider other options than demanding $5 billion for the border wall.

A proposal in the works in the Senate would keep the government funded past a midnight Friday deadline and into the early weeks of 2019. A person familiar with negotiations tells The Associated Press that the White House would prefer a longer-term package.

If no bill is passed by Congress and signed by the president ahead of the deadline, more than 800,000 government workers would be furloughed or sent to work without pay just days before Christmas.