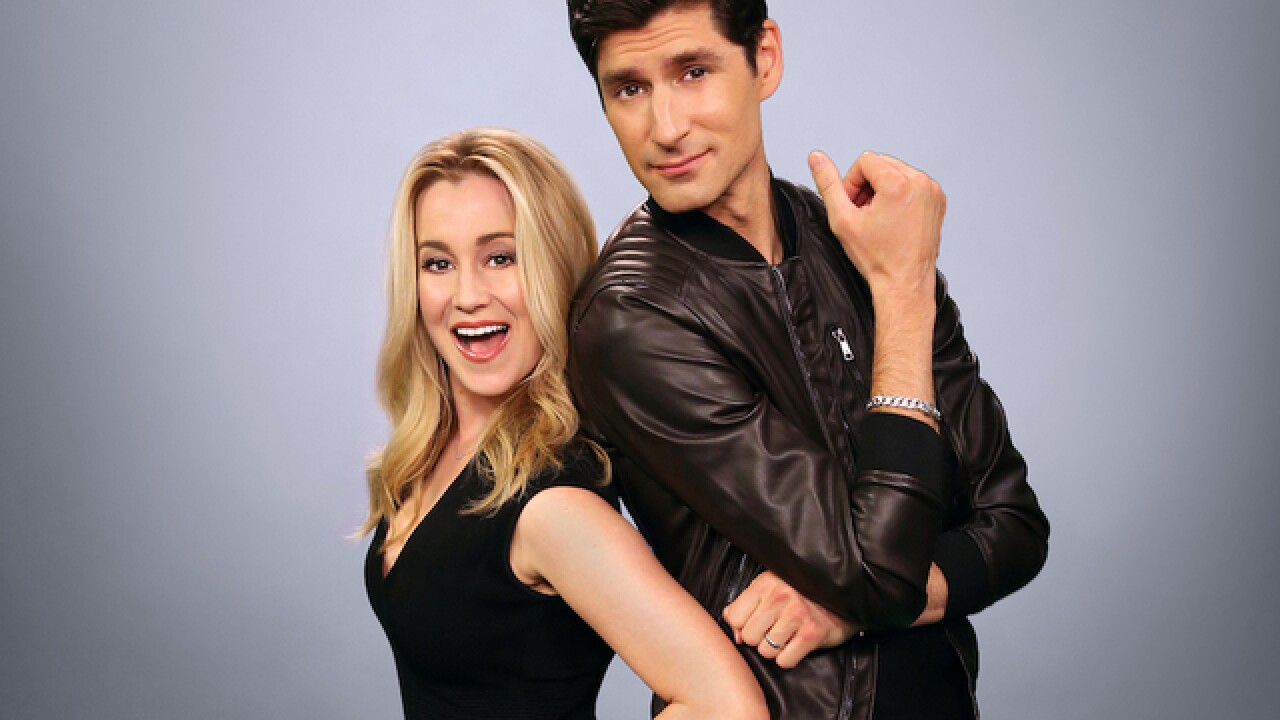 The show features Kellie and Ben hosting segments with top celebrities, tastemakers and experts on everything from entertaining and home design to cooking, DIY and more. The show will be recorded in front of a live audience at a studio in one of America’s hottest cities — Nashville — on an expansive, modern farmhouse-styled set.

Click to get tickets to a taping of 'Pickler & Ben'

“This show truly feels like home — it’s like spending time with a bunch of good friends who just stopped by to trade stories on the back porch,” said Kellie. “We have a little something for everyone. We’ll laugh, get inspired and meet some very talented and extraordinary people.”

“When Kellie and I get together, it’s anything but predictable,” said Ben. “We have an incredible team of creative minds behind this show, and I can’t wait to deliver our country-city combo to viewers across America.”

Through a partnership with leading entertainment and lifestyle retailer, HSN, “Pickler & Ben” will feature a unique interactive format inviting viewers to “shop the show” by purchasing items featured on air from the comfort of their homes. Fans can shop items directly on PicklerandBen.com and HSN.com.

QUIZ: How well do you know Kellie Pickler?

“Pickler & Ben’s” live studio audience will include a mix of Nashville locals and out-of-towners seeking the best in entertainment. Nashville is one of the country’s fastest-growing cities, with nearly 100 people each day moving to the city made famous by country music, all-American food, Southern charm and world-class hospitality. Fans are invited to join a taping by requesting tickets through the show’s website.

Kellie Pickler first gained fame at the age of 19 as a contestant on the fifth season of “American Idol.” She has gone on to release four critically acclaimed albums, including her Gold-certified debut “Small Town Girl” as well as “100 Proof,” which Rolling Stone named the Best Country Album of 2011. In spring of 2013, Pickler won the Mirror Ball Trophy on ABC’s “Dancing with the Stars” and also released her fourth album, “The Woman I Am,” with Black River Entertainment, which featured three songs co-written by Pickler including the title cut. She launched her home goods line, Selma Drye by Kellie Pickler, named after her grandmother in collaboration with the Opry Stores (shop.opry.com) in 2015. Kellie Pickler's CMT docu-comedy series "I Love Kellie Pickler," which co-stars her husband, songwriter/producer Kyle Jacobs, debuted in November 2015, propelling the network to its highest premiere with adults since 2012 and women since 2008. The hit television series returned for its third season earlier this month. Pickler is an avid supporter of the U.S. military, having completed 11 USO Tours thus far.

Ben Aaron has earned four Emmy Awards as a features reporter for “New York Live” on WNBC and has numerous TV credits as a contributor for “Extra,” “Meredith” and “Today.” His posted stories on YouTube have earned millions of views. He recently teamed up with his wife, Ginger Zee, chief meteorologist for “Good Morning America,” on a new home renovation show on the DIY Network called “Renovation Realities: Ben and Ginger.”

Faith Hill has been a force in the entertainment industry for over two decades, having achieved unprecedented success in the worlds of country and pop music as one of the top-selling and most-awarded female artists of all time. Over the course of her incomparable performing career, Hill has co-produced all her record-breaking, critically acclaimed network television specials, live performances and videos from concept to completion. “Pickler & Ben” combines Faith’s love for design with her passion for family, community and connection. Her hands-on approach and keen eye will be reflected in every aspect of this new show. Think of Faith as “Pickler & Ben’s” seal of approval.

Lisa Erspamer is a three-time Emmy-nominated producer for her work on “The Oprah Winfrey Show,” a New York Times best-selling author, and former chief creative officer and executive vice president of programming and development for OWN: The Oprah Winfrey Network. Most recently, Lisa is the co-founder of Happy Street Entertainment, a television, film, digital production and entertainment consulting company. Happy Street will debut the feature documentary on Whitney Houston worldwide in 2018.