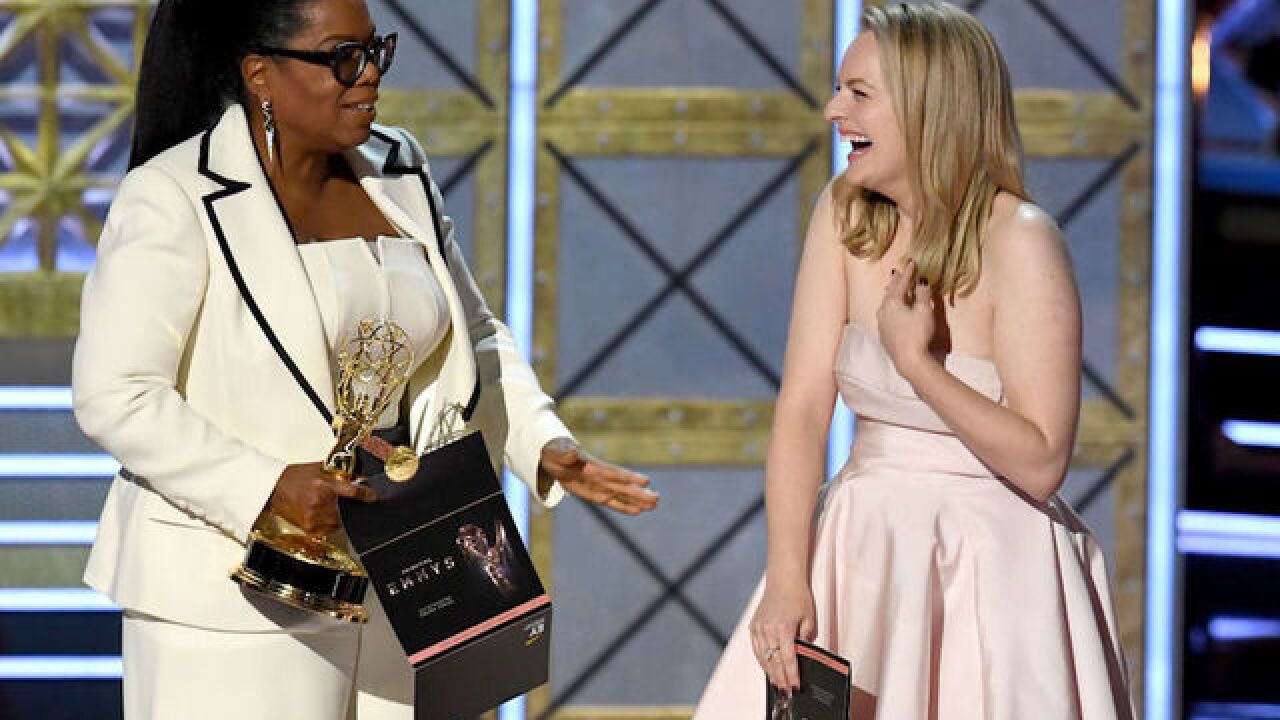 The 69th annual Emmys included a big first: "Master of None" star Lena Waithe became the first black woman to win the Emmy for outstanding writing for a comedy series.

Waithe was awarded along with co-star and show creator Aziz Ansari.

Julia Louis-Dreyfus also made Emmy history by winning another award for her role on the show "Veep." It was her sixth consecutive win, which set an Emmys record. She had previously tied with Candice Bergen for "Murphy Brown," who had five consecutive Emmy wins for the same role.

The following is a list with the winners noted with an asterisk (*) and WINNER.

Sterling K. Brown, "This Is Us" *WINNER

Milo Ventimiglia, "This Is Us"

Viola Davis, "How to Get Away With Murder"

Ron Cephas Jonas, "This Is Us"

Chrissy Metz , "This Is Us"

Aziz Ansari, "Master of None"

Riz Ahmed, "The Night Of" *WINNER

John Turturro, "The Night Of"

Outstanding supporting actress in a limited series or movie

Michelle Pfeiffer, "The Wizard of Lies"

Outstanding supporting actor in a limited series or movie

Bill Camp, "The Night Of"

Michael Kenneth Williams, "The Night Of"

"The Late Show With Stephen Colbert"

Outstanding directing for a comedy series

Outstanding writing for a drama series

Outstanding writing for a comedy series

Outstanding directing for a drama series