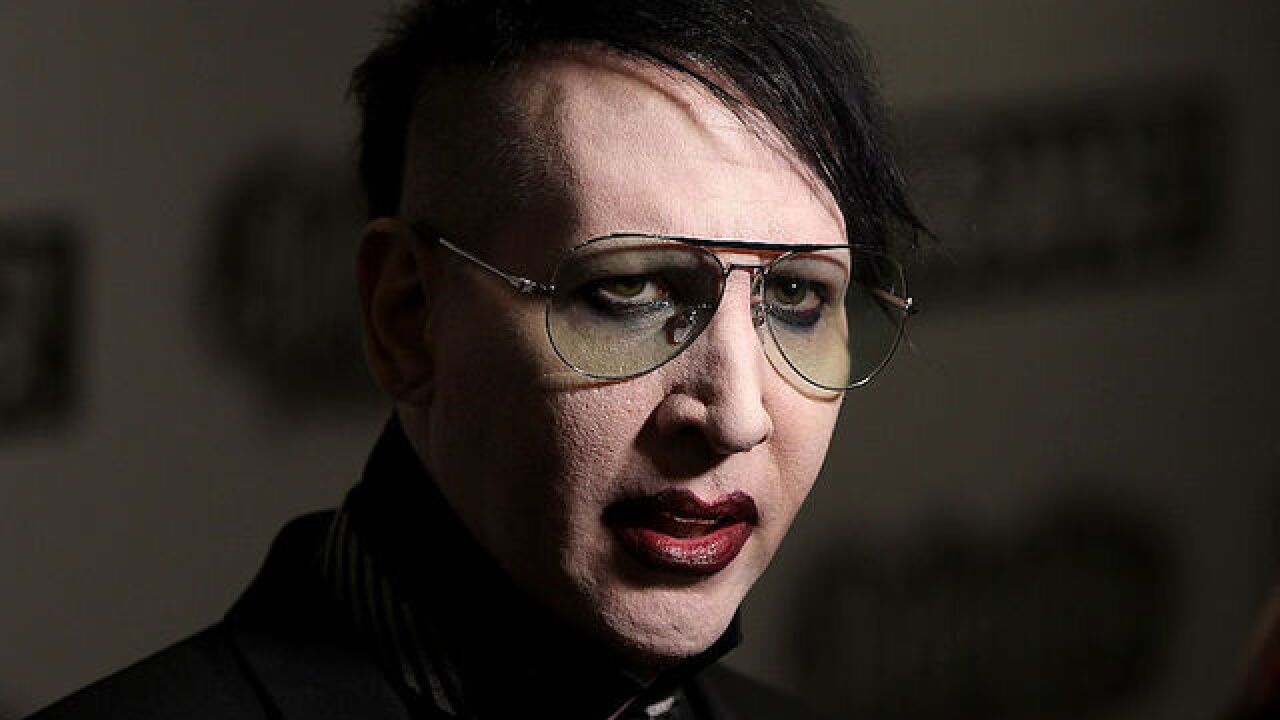 Being falsely linked to the Columbine massacre has long rankled singer Marilyn Manson.

Now he is saying it was catastrophic to his career.

In a new interview with The Guardian, the shock rocker talked about how having his name associated with the 1999 tragedy affected him.

Eric Harris and Dylan Klebold gunned down 12 students and one teacher at their Colorado high school before taking their own lives.

At the time, it was erroneously reported that the shooters were fans of Manson's music.

The singer now says "If [the Columbine killers] had just bought my records, they would be better off. Certain people blame me for the shootings at schools."

"That's going to be a great pull-quote for you," he told The Guardian. "But, honestly, the Columbine era destroyed my entire career at the time."

In 2012, he said the title for his "Born Villain" was influenced by having been been wrongfully vilified because of Columbine.

"When it comes to things like Columbine, it would have been different if they [Harris and Klebold] had actually liked my music, but I think that I have had more blame accredited to me than any person in the history of music," Manson told NME. "There should be some sort of Grammy for that."

"Heaven Upside Down" is set for release on October 6.