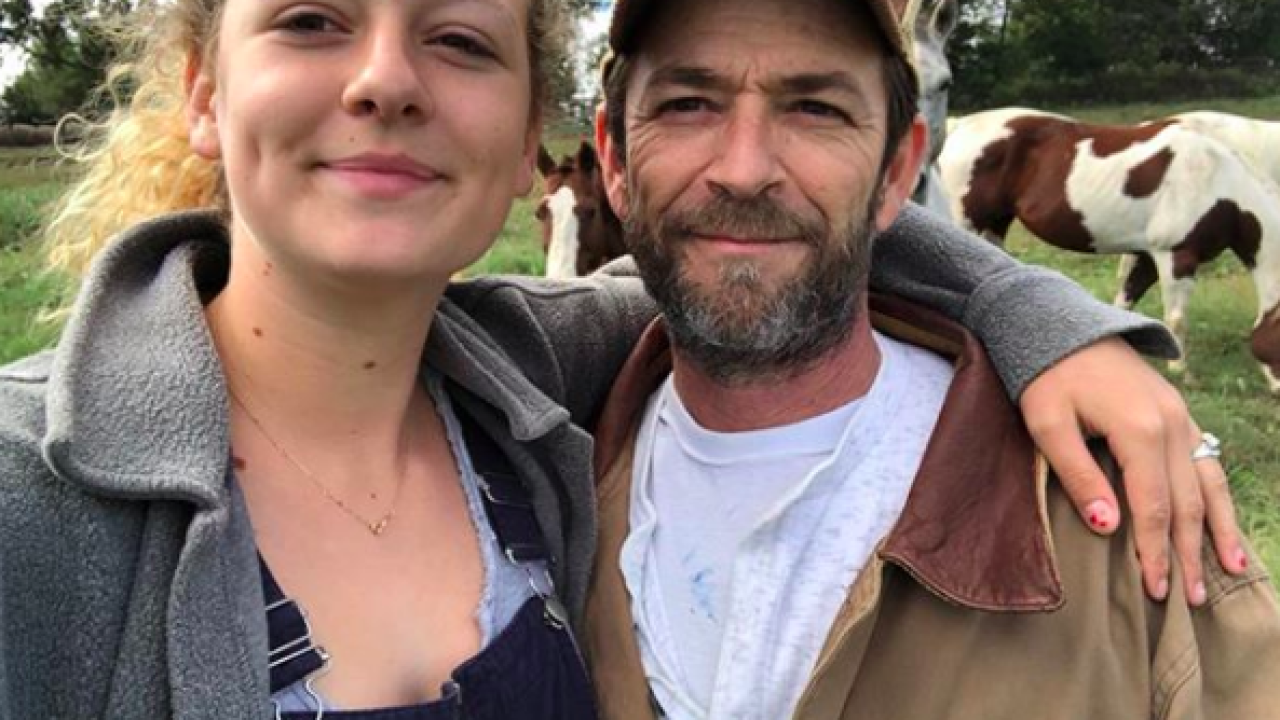 When Luke Perry passed away on March 4, he left behind two adult children: son Jack Perry, a 21-year-old professional wrestler , and 18-year-old daughter Sophie Perry, who opened up about her father’s death for the first time on Instagram. Perry was halfway around the world when she received the news that her father had suffered a massive stroke.

“A lot has happened in this past week for me,” she wrote. “Everything is happening so fast. I made it back from Malawi just in time to be here with my family, And [sic] in the past 24 hours I have received an overwhelming amount of love and support. I cannot individually respond to the hundreds of beautiful and heartfelt messages, but I see them, and appreciate you all for sending positivity to my family and I.”

She added: “I’m not really sure what to say or do in this situation, it’s something you aren’t ever given a lesson on how to handle, especially when it’s all happening in the public eye. So bear with me and know that I am grateful for all the love. Just, being grateful quietly.”

Sophie Perry was reportedly doing volunteer work in Africa when she heard the news of her father’s stroke. According to a statement released by Perry’s rep, both of his kids as well Perry’s fiancé Wendy Madison Bauer, his mother, step-father, siblings, and other close family and friends surrounded him during his last moments. Perry’s ex-wife Rachel “Minnie” Sharp, the mother of his two children, was also present. Sharp and Perry were married in 1993 and divorced 10 years later in 2003.

The statement goes on to say: “The family appreciates the outpouring of support and prayers that have been extended to Luke from around the world, and respectfully request privacy in this time of great mourning.”