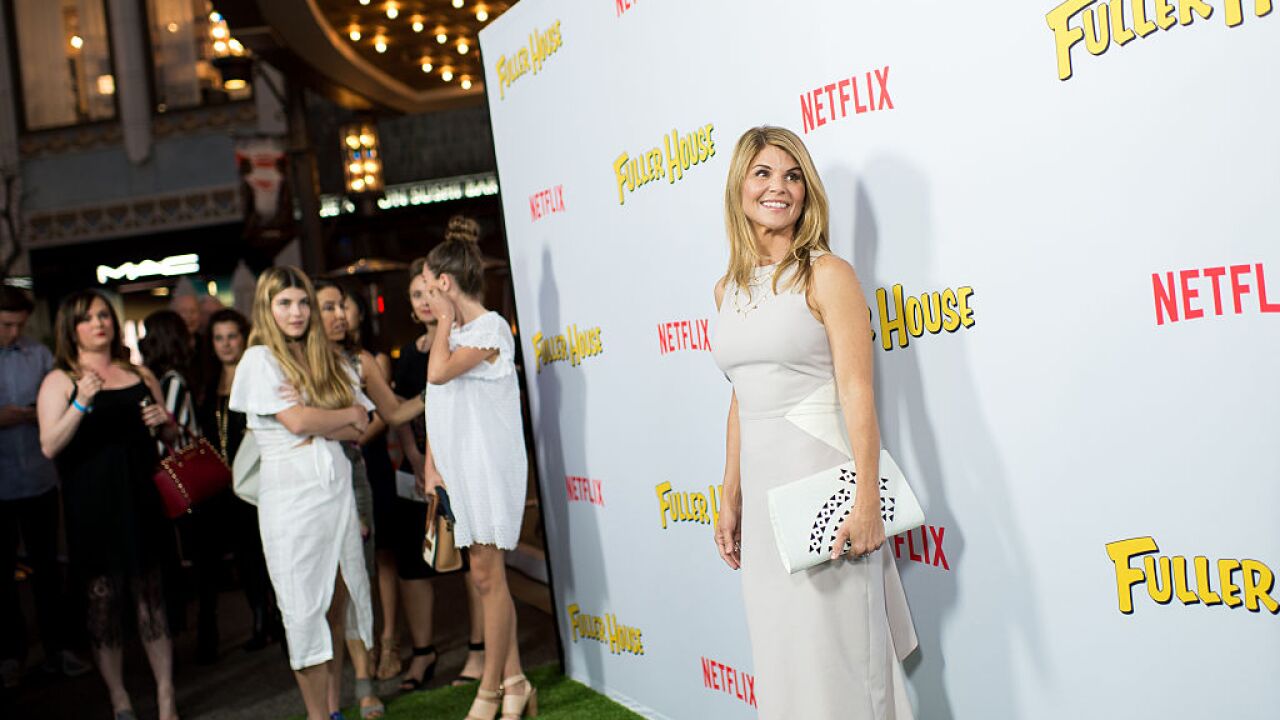 One network has already cut ties with Lori Loughlin, but it remains to be seen if Netflix will.

The network hasn't made an official announcement, but entertainment news website TMZ reports a production source said she will not return for the fifth season of "Fuller House."

On Thursday, the Hallmark Channel announced it would no longer be working with Loughlin in the wake of allegations she was involved in a college admissions scam.

"We are saddened by the recent news surrounding the college admissions allegations," the network's parent company said in a statement to CNN. "We are no longer working with Lori Loughlin and have stopped development of all productions that air on the Crown Media Family Network channels involving Lori Loughlin including Garage Sale Mysteries, an independent third party production."

Loughlin has also served as a recurring guest star on the Netflix reboot of the show that launched her to fame.

"Fuller House" is an update of the hit 1990s ABC sitcom, "Full House," on which Loughlin starred as the popular character, "Aunt Becky."

The Netflix series premiered in 2016 and is set to air its fifth and final season in the fall.

Loughlin, her husband, designer Mossimo Giannulli, and fellow actress Felicity Huffman are among 50 individuals facing federal charges in what investigators dubbed "Operation Varsity Blues" -- a scheme in which wealthy parents allegedly cheated to help their children get into prestigious universities. It's the largest college admissions scam ever prosecuted by the Department of Justice, officials said.

Giannulli, who goes by Olivia Jade, is a social media influencer with more than 1.4 million followers on Instagram and 1.9 million subscribers on YouTube.

On Thursday, the cosmetic giant Sephora announced the company would be ending a makeup partnership with her.

"After careful review of recent developments, we have made the decision to end the Sephora Collection partnership with Olivia Jade, effective immediately," the statement from the company said.