Lady Gaga and Bradley Cooper are not in love, singer says 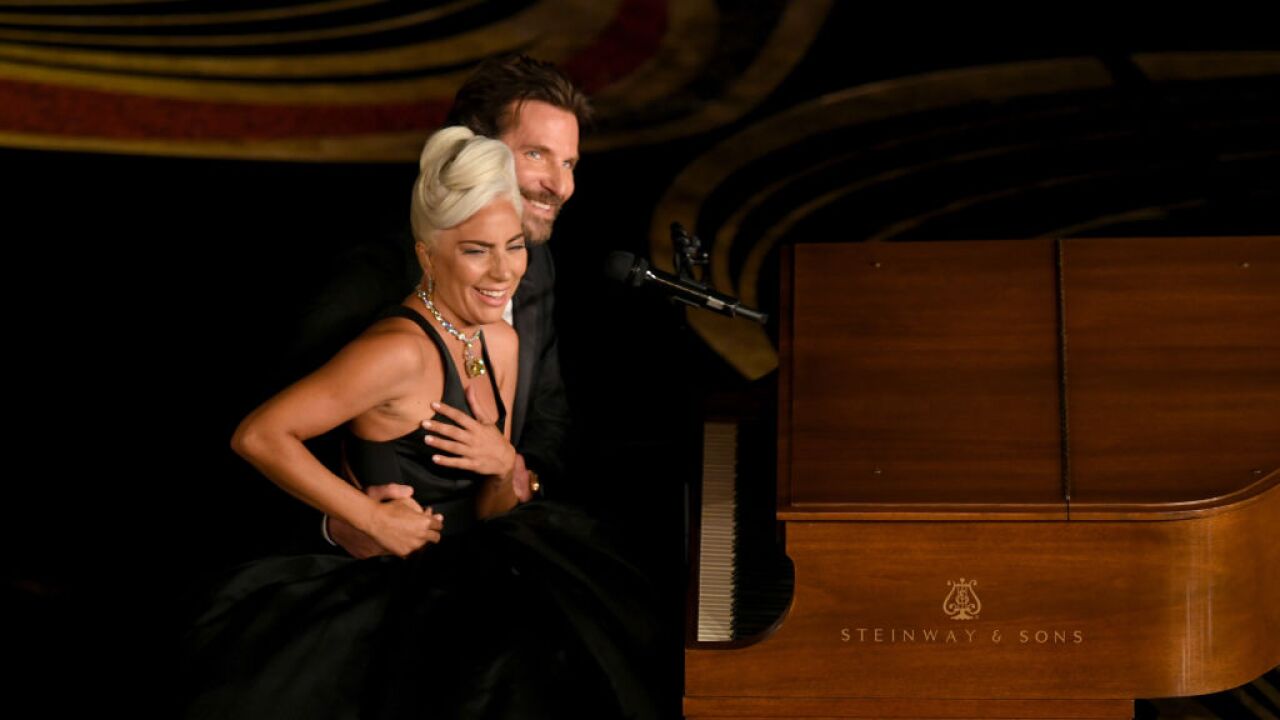 Lady Gaga had a big eye roll for everyone who believes she and Bradley Cooper are in love.

The singer and brand-new Oscar winner appeared on "Jimmy Kimmel Live" in an episode that aired Wednesday night and was asked about her and Cooper's emotional performance of "Shallow" at Sunday's Academy Awards.

She gave a dramatic eye roll when Kimmel asked her about online speculation that she and her "A Star Is Born" costar had a thing.

"First of all... social media, quite frankly, is the toilet of the internet and what it's done to pop culture is abysmal," Gaga said. "People saw love and, guess what, that's what we wanted to you to see. This is a love song."

For the record, Cooper has been in a relationship for years with model Irina Shayk with whom he shares a young daughter.

Gaga said she and Cooper worked all week on their performance and she relinquished control of directing it to him.

Cooper directed their film and had a vision, she said, for how their Oscar performance should play out.

"From a performance perspective, it was so important to both of us that we were connected the entire time," Gaga said. "I've had my arms wrapped around Tony Bennett for three years touring the world. When you're singing love songs, that's how you want people to feel."

Gaga won best original song for "Shallow" at the Academy Awards and her performance as an up-and-coming singer who falls for Bradley's established -- and troubled -- musician character in "A Star Is Born" won raves.

Gaga alluded to those acting skills as part of the reason viewers were so entranced with her and Cooper's Oscar's performance.