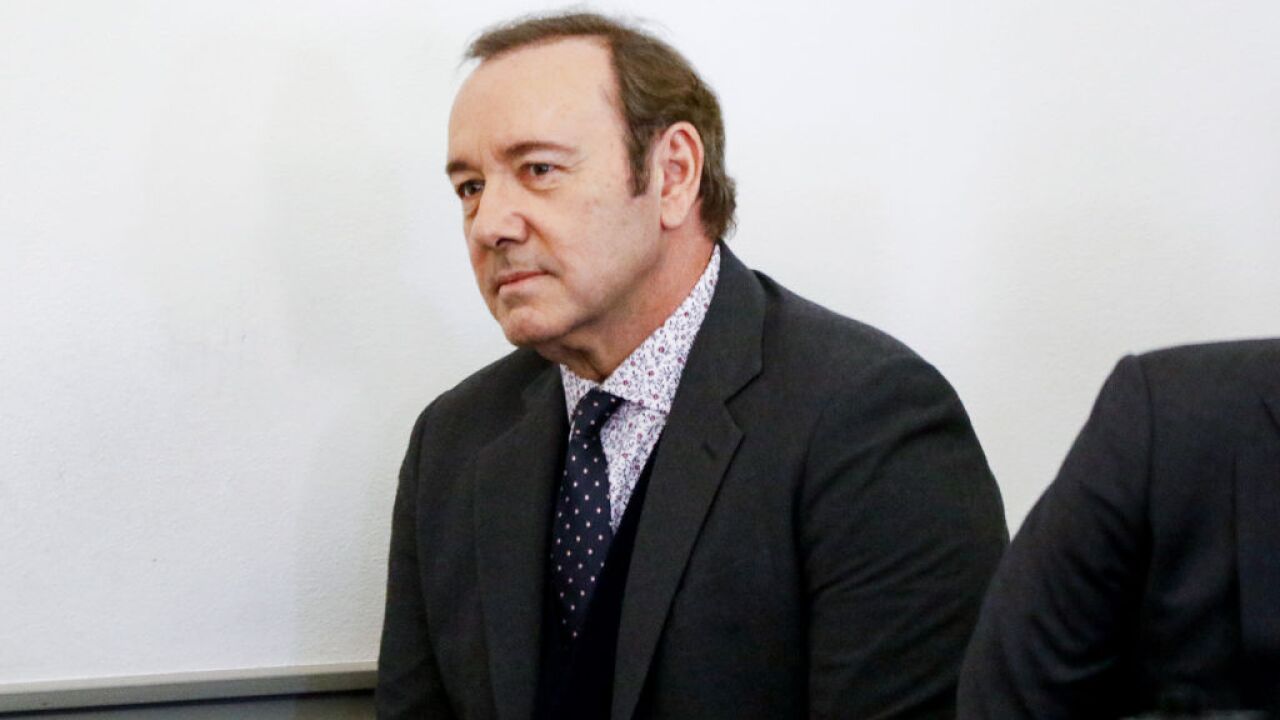 Kevin Spacey's sex abuse case returned to a Massachusetts court Monday as his defense team worked to obtain cellphone records and other evidence from the actor's accuser.

The hearing, which Spacey did not attend, focused largely on procedural issues with the discovery of records in the case. Spacey's defense is seeking credit card records, employment records and bookkeeping records from The Club Car, the Nantucket bar and restaurant. Spacey, 59, is accused of groping a busboy on a July 2016 evening at the bar.

The busboy, 18 at the time of the alleged assault, came forward to report Spacey more than a year later, telling police he did not want Spacey to victimize others, according to a criminal complaint. CNN does not identify alleged victims of sexual assault.

A judge previously ruled that Spacey, who has pleaded not guilty to battery and indecent assault , did not have to attend the pretrial hearing, but he must be reachable by phone.

During the hearing, the defense also asked for information on cellphones and records from the civil attorney representing the alleged victim and his mother. The prosecutor argued that it was premature to address any of the motions, since the record holders needed to be notified so they could be represented in any arguments.

The judge said he would review police reports and decide which motions would even be considered so that those parties could be notified. In addition, former Club Car owner Joseph Pantorno -- from whom the defense was trying to get records -- died in February, so the defense plans to write a new motion for a subpoena to his estate.

The judge set an April 4 date for arguments on the motions.

Last week, Spacey's defense team expanded its request for the accuser's phone records, saying they were interested in data from any cellphone he used between July 7, 2016, and December 1, 2017.

Attorneys are hoping to retrieve "text messages, photographs, Snapchats, telephone calls and/or messages exchanged" concerning the case or between the plaintiff and Spacey. The defense also wants information from his cloud-based accounts.

The judge ruled in favor of the defense and ordered the data preserved but noted that this does not mean he will necessarily order these records be turned over to the defense.

According to the complaint, the busboy filmed part of the alleged groping on Snapchat and sent the video to his girlfriend. The busboy's girlfriend told police the video showed "a hand touching the front of (the busboy's) pants," but defense attorneys have said the Snapchat video contains no evidence of assault.

The defense also seeks documents and surveillance video from The Club Car. Though the then-owner of the restaurant disposed of the requested records, Spacey's attorneys are asking for the identity of the former owner's accountant to determine if the accountant has any pertinent documents.

The former "House of Cards" actor's team also wants to obtain correspondence between civil attorney Mitchell Garabedian, who has represented numerous victims of clergy sex abuse, and the busboy, the busboy's family and police.

"Evidence that (the victim) and his family members intend to pursue civil remedies against (Spacey) supports the defense's position that the complaining witness in this case has a substantial financial motivation to falsify his claims," the defense motion states.

Previously, defense lawyers have said the busboy was flirting with Spacey that evening. They've called the young man's claims "patently false" and accused him of telling Spacey he was 23 at the time.

"By (his) own account, he did not object to the alleged touching, he did not ask (Spacey) to stop, and he did not in any way remove himself from the situation," attorneys Alan Jackson and Juliane Balliro wrote in a January filing. "At best, this describes two people engaged in mutual and consensual flirtation, nothing more."

About an hour after they met, Spacey rubbed the young man's penis for 3 minutes, unzipping his pants at one point, the busboy told police. When Spacey left for the bathroom, the busboy exited the bar and went home, the complaint says.

The criminal complaint, filed in December, identifies several witnesses who say they saw Spacey and the busboy together at The Club Car, but the defense contends none of the witnesses claims to have seen an assault.