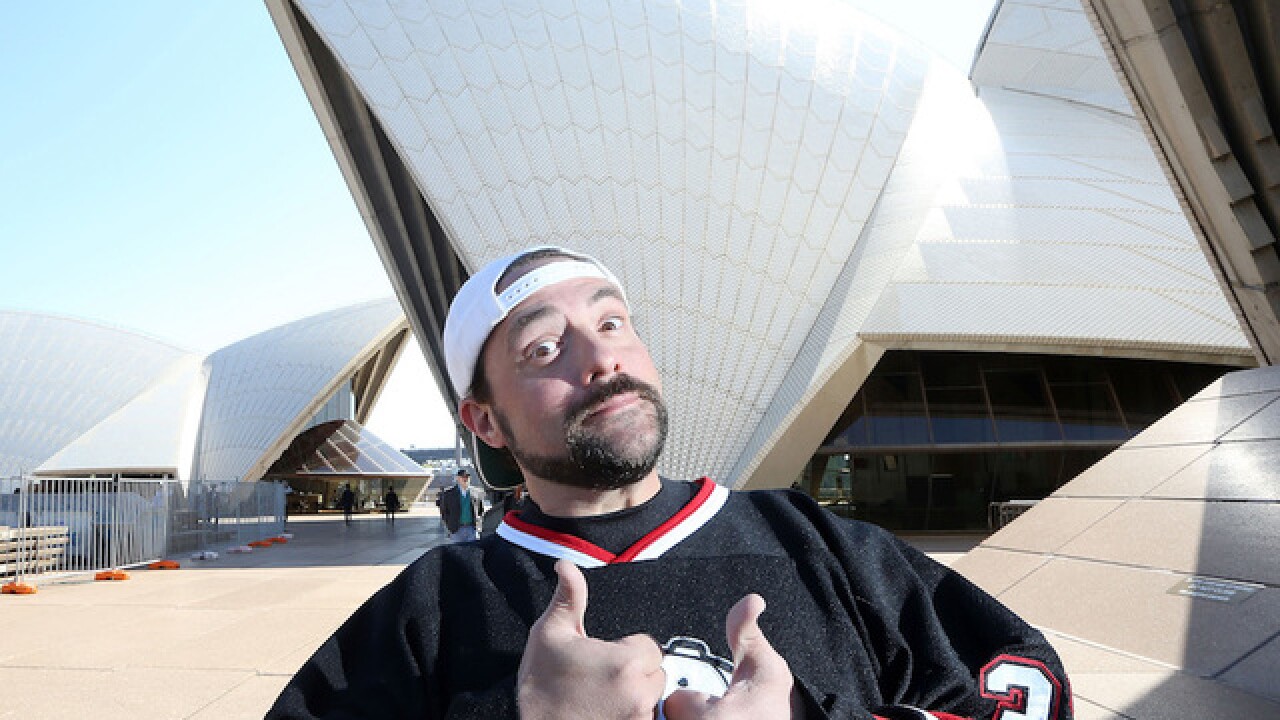 The director tweeted a selfie in a hospital gown late Sunday night, saying he had suffered a major health crisis.

"After the first show this evening, I had a massive heart attack," he wrote. "The Doctor who saved my life told me I had 100% blockage of my LAD artery (aka "the Widow-Maker").

The "Jay and Silent Bob" star added that if he "hadn't canceled show 2 to go to the hospital," he would have died.

"But for now, I'm still above ground!"

"LAD" refers to the left anterior descending artery, which runs down the front of the heart and supplies blood to the front left side of the organ.

He began shedding the weight after a 2010 incident in which he was kicked off a flight after being told he was too big to fit in the seat.

"I feel mixed feelings about losing the weight," he said. "I sympathize far more with heavier people than I ever will with thin. I'll never be thin."

"Kevin we don't know each other too good but I have loved you since Clerks and I'm praying my a** off for you cause I believe in the healing power of prayer," Chris Pratt tweeted. "Can you please pray with me people!"