The 60th Grammy Awards are today; here's what to expect 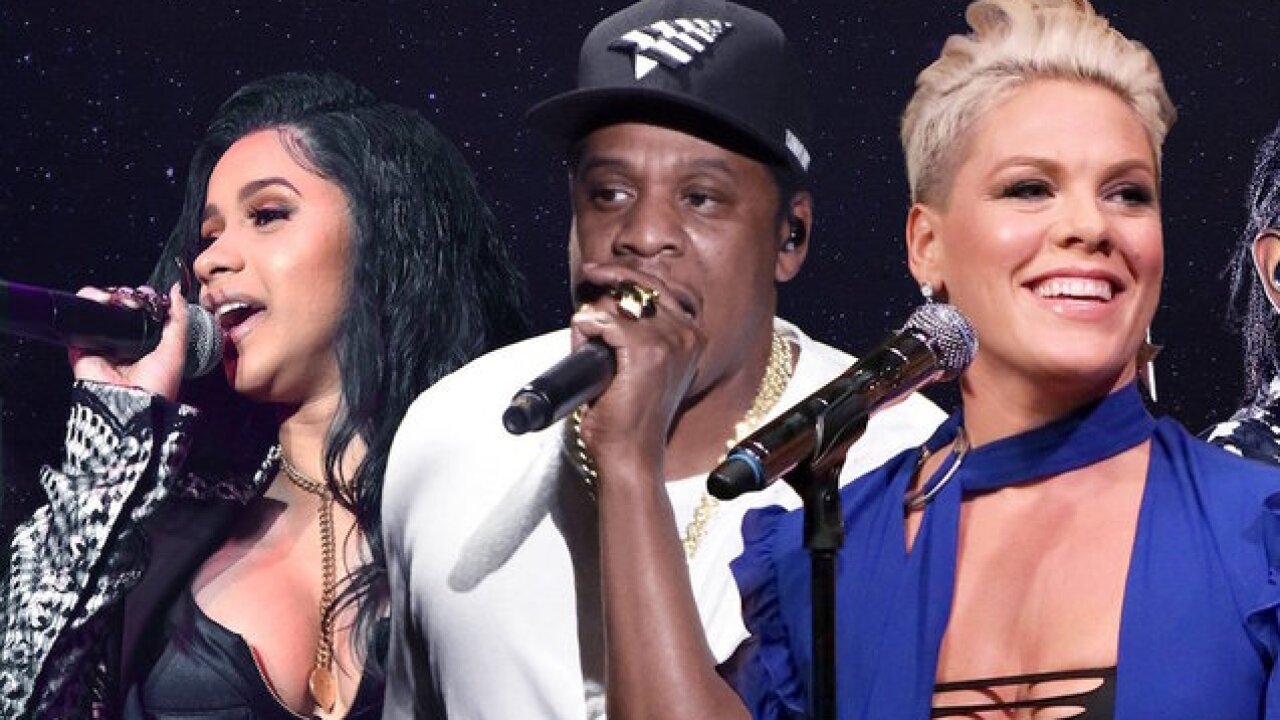 © 2018 Cable News Network, Inc.
Getty Images/CNNMoney
<p>Sunday, January 28th, 2018 is music's biggest night with the 60th Grammy Awards. This will be the shows first time back in New York City in years.</p>

Sunday is music's biggest night with the 60th Grammy Awards.

And for the first time since 1999, there are no white male solo artists nominated for the best album.

Hip hop may prove to be a big Grammy winning genre this year — rappers Jay-Z and Kendrick Lamar have eight and six nominations respectively.

Here's what else to watch for at today's Grammy Awards:

Some attendees plan to wear white roses to support Time's Up, a campaign against sexual misconduct and gender inequality being spearheaded by more than 1,000 women in entertainment.

Stars at the Golden Globes showed their solidarity with the initiative by dressing in black.

RELATED
Country music to honor Vegas victims at Grammys
Gallery: The most unlucky artists at the Grammys
Queen, Tina Turner among Grammy honorees

The hostest with the mostest notes

Late-night star James Corden is hosting and lest we forget, the man loves music.

From his "Carpool Karaoke" videos to hosting the Tony Awards and his star turn in the movie musical, "Into The Woods," expect a little song and dance from Corden.

Scratch that — a lot of song and dance.

Grammy night is all about who hits the stage, and this year is no exception.

And, naturally, the duo behind 2017's biggest global hit are set to do their thing.

Louis Fonsi and Daddy Yankee, who smashed all types of records last year with "Despacito," will be performing.

Eric Church, Maren Morris and Brothers Osborne will perform a tribute to victims of gun violence in honor of those lost when a gunman opened fire on country music concertgoers at the Route 91 Harvest music festival in Las Vegas in October.

The trio had performed at the festival.

A return to the Big Apple

The Grammy Awards are being held in New York City for the first time in 15 years.

With a nod to Broadway, venerable actress Patti LuPone will sing "Don't Cry For Me Argentina" from "Evita," and "Dear Evan Hansen" star Ben Platt will perform a tribute to Andrew Lloyd Webber and Leonard Bernstein.

New York City officials had reportedly lobbied hard to get the show to return from Los Angeles.

But according to Billboard , there's now a bit of a sour note with Recording Academy President Neil Portnow accusing the city of not meeting the expected $6 million to $8 million production increase.

City officials have denied that is the case.