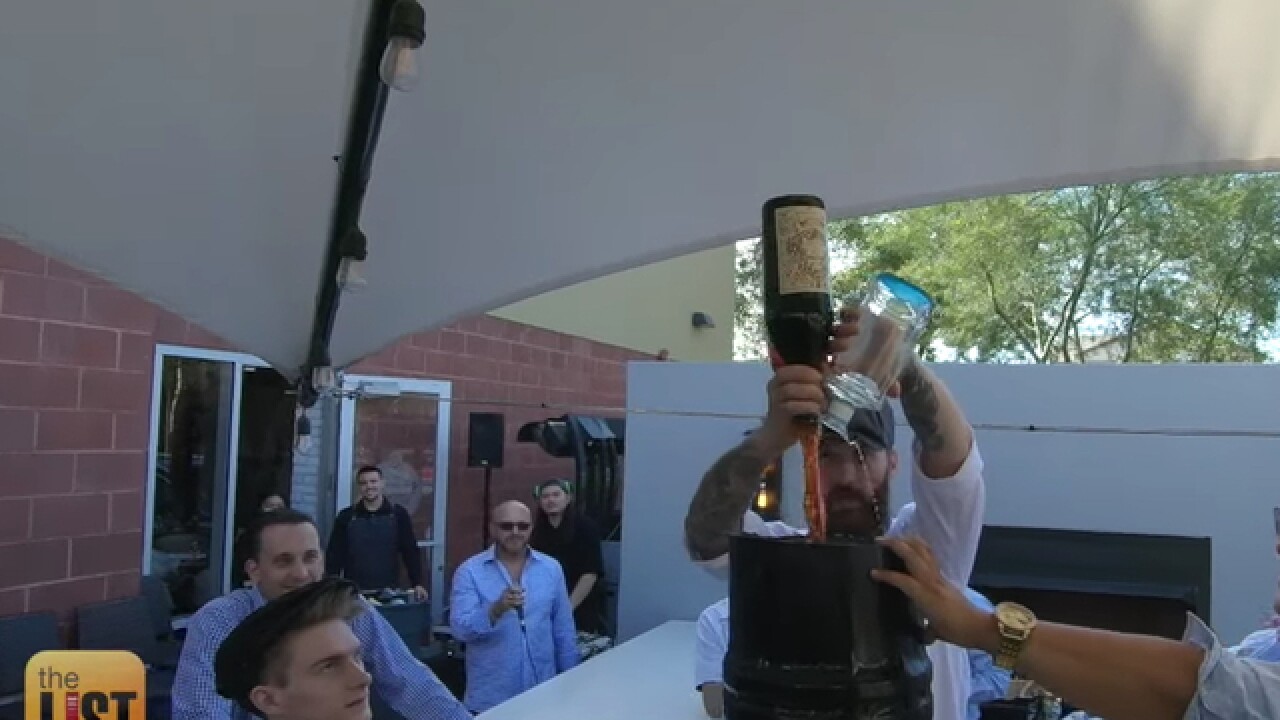 Recently, Guinness had its 14th annual World Records Day to capture the imagination of people, young and old, from every side of the world. Many of the attempts are truly amazing and awe-inspiring.

Here are a few of our favorite recent Guinness World Records achieved.

First up, a homie making the world’s largest negroni: The classic Italian cocktail that’s equal parts gin, Campari and vermouth is equally as exciting when you try to make one large enough to set a world record. Sheldon Wiley hit up Guinness World Records and told them he wanted to make the biggest negroni ever. They answered saying if you can make a 16,722 oz. version of the comforting  cocktail , you’re on! Five hundred and four bottles later, Sheldon filled an oak barrel with 132 gallons of hooch, sending him into the boozy record books. Afterward, all that sauce wasn’t scuttled. It was sold, and part of the proceeds went to help needy families. Talk about a big and benevolent beverage!

2. The Most Basketball Under the Leg Tumbles in One Minute (Female)

Next, we go from boozy to a doozy with the most basketball under the leg tumbles in one minute by a female. Cherelle “Torch” George made Harlem Globetrotter history by being the first female to set a record in the team’s 92 years. Thirty-two tumbles later, she rolled her way in the record books. “This is for all the females,” she said about making it into the Guinness World Records. “You can be anything you wanna be. I’m truly honored, thank you.”

And the final feat on our list of Guinness World Records? The farthest wheelchair ramp jump! Meet Aaron “Wheelz” Fotheringham, a professional wheelchair motocross athlete. Spina bifida may have taken his legs, but clearly not his daring spirit – as he soared into the record books with an incredible 70-foot jump.

And there’s your look at the latest and greatest Guinness World Records.

This story originally appeared on The List's website, www.thelisttv.com.