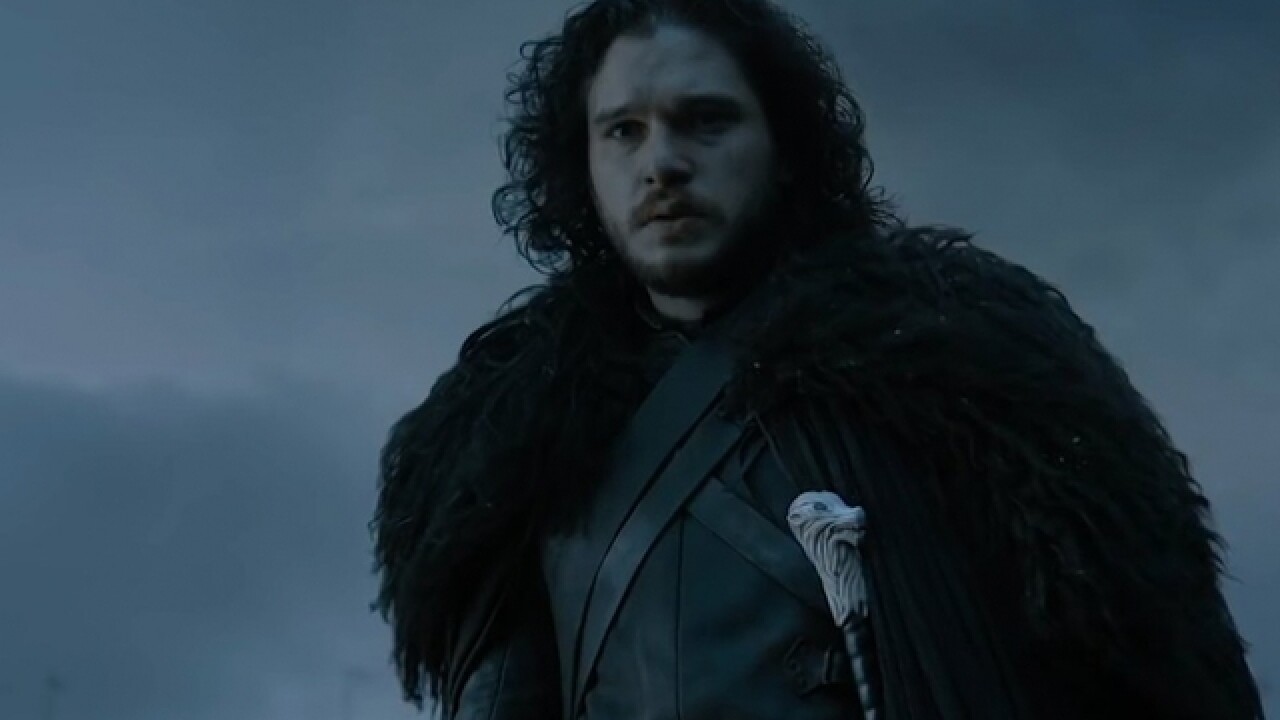 The following contains major spoilers about the "Game of Thrones" season finale.

If "Game of Thrones" has been a controlled burn for much of its run, the current season has been a raging fire, exhausting story at a breakneck pace. After a season punctuated by massive battles, the finale wisely capped the penultimate season by steadfastly focusing on the show's characters and dense mythology.

It was, from start to finish, a beautifully realized 80 minutes of television, one that reunited a number of key players. The episode then closed with a jaw-dropping visual -- the fall of the giant wall designed to hold back threats from the north, setting up the great war between the living and the army of the dead.

There were so many flourishes in the episode crafted to make fans lose their minds it's difficult, frankly, to know where to begin. Daenerys (Emilia Clarke) knows how to make one heck of an entrance by winging in on a dragon, but the producers managed to top that with this season's exit.

The highlights included, but certainly weren't limited to, the official unveiling of Jon Snow's true lineage, name and birthright, Snow (Kit Harington) and Daenerys adding another front to the show's uncomfortably complicated romances; and the Stark sisters, Arya (Maisie Williams) and Sansa (Sophie Turner), teaming up to dispatch the scheming Petyr Baelish (Aidan Gillen), about as satisfying a farewell as any longtime "Thrones" viewer could imagine.

Still, this latest installment, directed by Jeremy Podeswa, was equally notable for its small moments, especially the reunions of friend and foe alike. There was the exchange involving the Hound (Rory McCann) and Brienne (Gwendoline Christie), long after their brutal duel; Tyrion (Peter Dinklage) and the mercenary Bronn (Jerome Flynn); and Jon Snow and Theon (Alfie Allen), the two adopted sons of Ned Stark, whose memory, also rekindled in Arya and Sansa's final scene, cast a very long shadow over this chapter.

With one more truncated season of six episodes left to resolve the story, it's almost dizzying to contemplate where "Game of Thrones" goes from here. With Cersei (Lena Headey, delivering another mesmerizing performance) betraying her pledge to assist in the fight against the White Walkers, that would seem to augur two huge conflicts, as her brother Jaime (Nikolaj Coster-Waldau) warned, regardless of how the first one turns out.

To be fair, not everyone was completely thrilled with the set-up to this week's finale, which yielded plenty of nitpicking about lapses in logic and, among other things, how long it would take a dragon to fly from Point A to B.

Still, in racing past George R.R. Martin's books, producers D.B. Weiss and David Benioff have laid the groundwork for a final season that should unleash another media frenzy and require more super-sized episodes, just to squeeze it all in.

Having said this before, it nevertheless bears repeating: "Game of Thrones" operates at a level unlike anything else on television, coupling the spectacle of a theatrical blockbuster with the sprawling serialized drama of "The Sopranos."

If the eighth season is on par with the seven episodes of the seventh, when the history of great TV dramas is written, that pairing is going to be a very tough hand to beat.