Fortnite Monopoly board game to be in stores by October 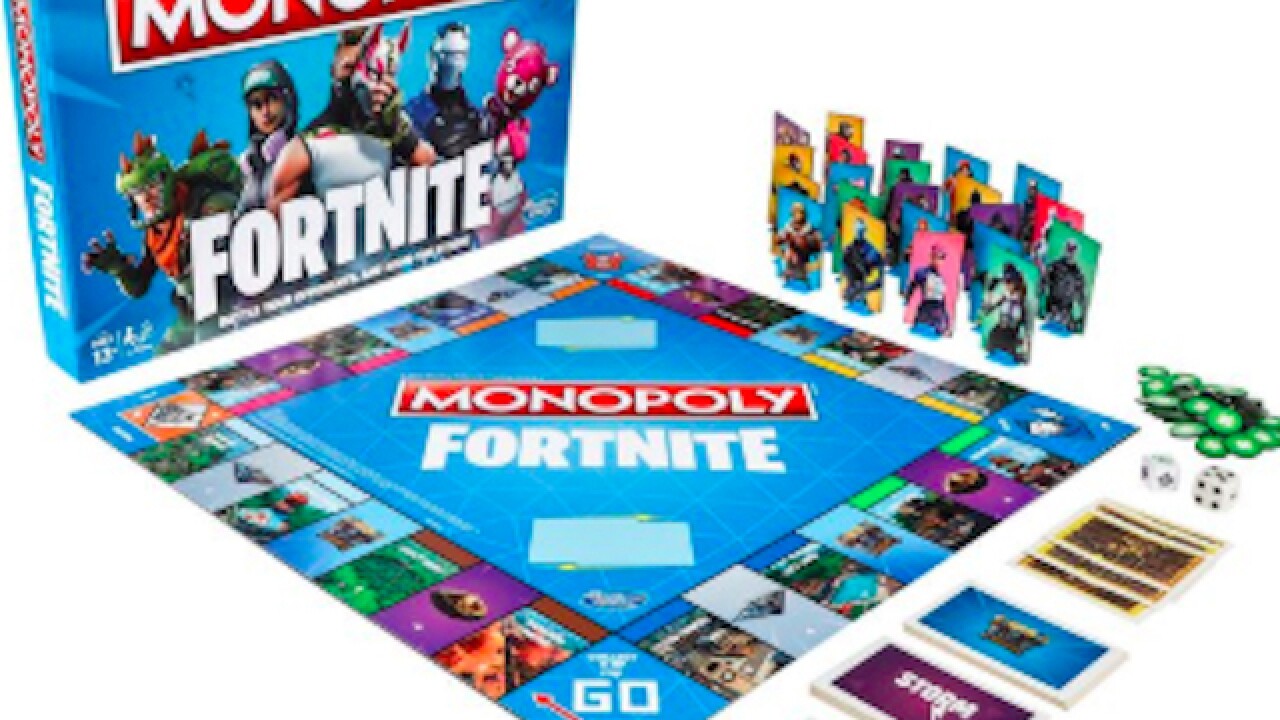 Your child may scoff at playing Monopoly over “Fortnite.” But now, they can play both at the same time, kind of.

“Thrilled to show you the final art and game board for Fortnite Monopoly! It’s so, so fun and such a unique spin on the classic game mashed up with last player standing Fortnite. In stores Oct 1st!!!”, he tweeted.

The board will be similar to classic Monopoly, though it’ll feature locations seen throughout the “Fortnite” universe, including Tilted Towers, Tomato Town and Haunted Hills, among several others.

The tokens will include several “Fortnite” character skins seen in the video game. According to Polygon, the pieces will include Skull Trooper, Nevermore and Omega.

But, according to Mashable, the game isn’t about soaking up property. Rather, players will “roll action die to damage their opponents, build a wall, or get a health pack.”

The game will also include “storm cards,” which replace the deadly storm feature seen in “Fortnite.” The storm cards will take over parts of the board and keep players from moving throughout the game.

“Monopoly: Fortnite Edition” will arrive to stores on Oct. 1.

The company will also release NERF blasters with “Fortnite” themes.

“Fortnite has quickly become a cultural phenomenon with legions of players worldwide, many of whom are already searching for NERF blasters to host their own ‘Fortnite battles,’” said Jonathan Berkowitz, president of Hasbro Brands, in a statement. “Through our collaboration with Epic Games, fans will now have the ability to experience the ‘Battle Royale’ in all new ways, whether it’s the active and adventurous fun of a NERF Fortnite blaster battle or the exciting strategizing of playing ‘Monopoly: Fortnite’ with friends.”

“Fortnite” has become one of the most popular video games in recent history, earning more than $1 billion earlier this summer, according to The Hollywood Reporter. The game grew just 2 percent from June to July despite growing 7 percent from April to May, showing potential signs of a slowdown.