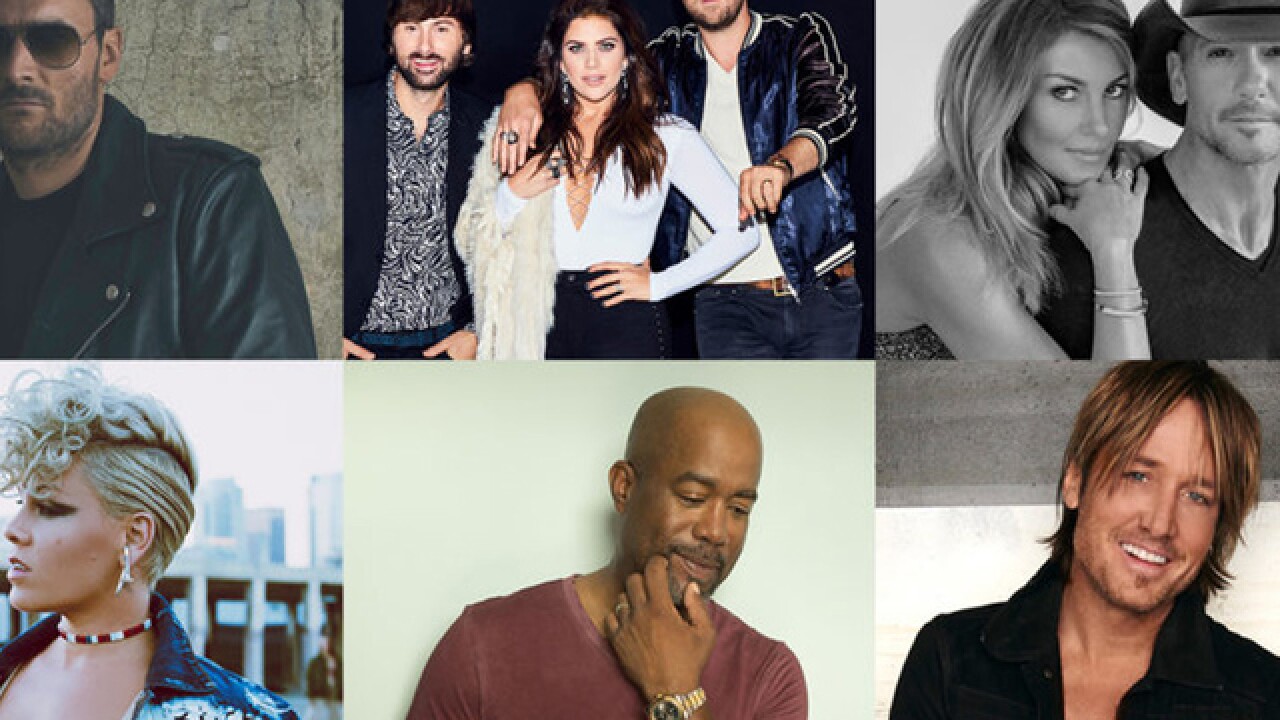 The list of all-star performances continues to grow for the 51st Annual CMA Awards.

Country music's power couple Tim McGraw and Faith Hill will take the stage ahead of their nominations.

The couple has 61 nominations combined, with McGraw winning 11 times, including the 2001 Entertainer of the Year. Hill has three victories.

Grammy Award-winning artist P!NK will make her CMA Awards debut and perform. She is Musical Event of the Year for her “Setting the World on Fire” duet with Kenny Chesney.

In what the Country Music Association is calling "an unprecedented opening collaboration", Eric Church will join Lady Antebellum, Darius Rucker, Keith Urban and others.

The latest announcement comes on the heels of the release of this year's collaborations which feature pairs such as Kelsea Ballerini with legend Reba McEntire.